How Miniso might just be a Dollarama disruptor in Canada

The Japanese-styled value retailer is planning to open hundreds of stores in Canada. What will that mean for the reigning homegrown dollar store king? 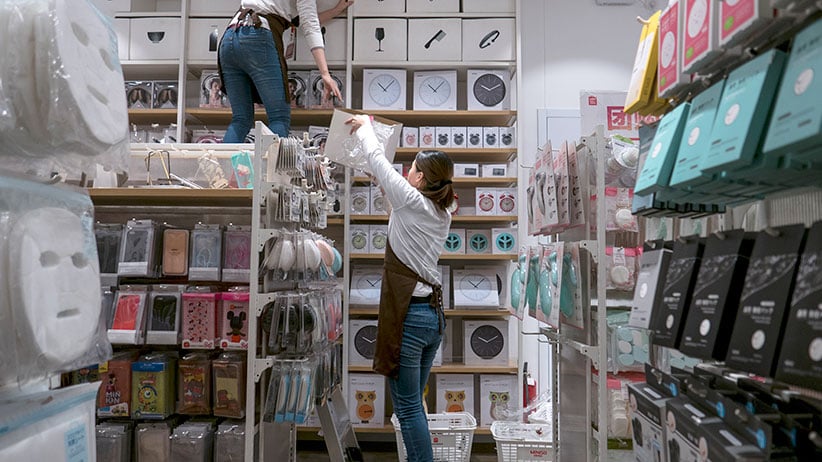 Sales staff in a Miniso shop. Miniso is a Japanese lifestyle and fast fashion brand that sells merchandise such as homeware, bags and electronics at low prices. Despite claiming to be a Japanese brand, Miniso had only four stores in Tokyo compared with more than a thousand in China, therefore is widely questioned by the users for the brand’s origin. (Zhang Peng/LightRocket/Getty Images)

Bright lights, clean minimalist design and flat-screens playing sleek promotional videos advertising the life you wish you had—this is not the scene you’d expect to encounter in a dollar store, at least as Canada knows them. And yet, that’s what greets customers at the first Ontario location of Miniso, a Japanese-style value retailer that’s planning a 500-store expansion into Canada over the next few years. There will be a total of at least eight locations in B.C. and two in Ontario by the end of this year, with plans to extend that to up to 50 Canadian stores in 2018—a pace of growth that would make it a dollar-store disruptor and put it in direct competition with industry behemoth Dollarama.

Miniso is just one of several Japanese-styled retailers to burst onto Canada’s retail scene in recent years, including competitors Uniqlo, a reasonably-priced basics clothier, Muji, which sells household goods and Daiso, a “100-yen” dollar store with a wide array of products. Despite their varied product offerings, they each sell the promise of a quality, simple and design-oriented lifestyle. Miniso’s pitch to customers of “aesthetics and intelligent design” that will “enrich” their lives taps into that, with the added promise of rock-bottom prices, making it something of a stylish Dollarama—the storefront window has a large sign proclaiming “$2.99, High Quality Life” and items in the store retail for anywhere from $1.50 to $25. To drive home the brand’s positioning, Miniso’s slogan, emblazoned below its logo, reads: “Japanese Designer Brand.”

There’s just one niggling detail: aside from being co-founded by Japanese designer Junya Miyake, the chain’s Japanese links are tenuous at best. Miyake formed the chain with Chinese entrepreneur Ye Guofu in 2013. Its headquarters are in China. It has 1,800 stores in China, and just three in all of Japan. Meanwhile its logo bears distinct similarities to that of Uniqlo, its name sounds a bit like Daiso, and its products are reminiscent of lower-priced versions of what customers can purchase at Muji. 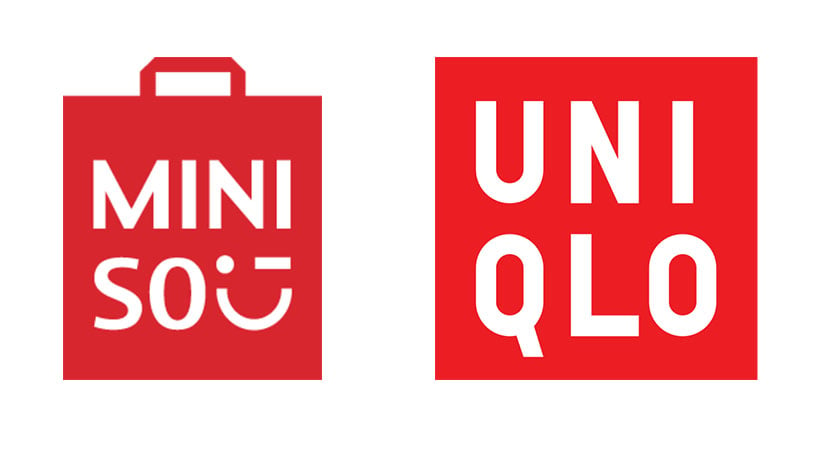 The retailer positions itself as offering a luxe dollar-store shopping experience, ‘unique’ products and higher quality goods than homegrown Dollarama, Canada’s king of knock-offs, but it does so by copying Japanese chains that came before it. “We are a Japanese-designed brand,” says Sherman Leung, a district manager with Miniso Canada. “Yes, we have over 1,000 stores in China, that’s where we first started off…But if you’re any global retailer, the market you want to penetrate and get into is China with the population and disposable income there.”

WATCH: How Dollarama became the retail king of knockoffs

Regardless of the company’s questionable authenticity, Miniso presents a real threat to the dollar store landscape in Canada thanks to its mix of low prices and trendy items, says Craig Patterson, editor-in-chief of Retail Insider. “Miniso has a great price, the stores are bright and friendly, it’s got a variety of product that appears to be unique and I would say is quite differentiated from what you’d see at a Dollarama store,” says Patterson. “I think Miniso’s going to do really well in Canada, and I can’t say that about a whole lot of retailers.”

With classy, matte-finish packaging and no plastic seams in sight, Miniso’s products have a higher quality look and feel to them than what you’d find in a conventional dollar store. The bright lighting, and the shelves upon shelves of patterned backpacks, various styles of water bottles and plush toys in neat rows are reminiscent of Uniqlo’s obsessively organized layout, but with a playful design that sets the store apart from Dollarama as well as mom and pop-owned streetside dollar stores. When you see a Miniso, says Patterson, there’s an excitement to check it out and maybe spend a tenner to make a purchase—not something one would say about Dollarama.

Indeed, hype about Miniso preceded the brand’s arrival in Canada. “Basically every mall in China has this store,” says Vanessa Chen, a 30-year-old office assistant waiting in line at Pickering Town Centre on Miniso’s opening day. It’s about as ubiquitous in China as Shoppers Drug Mart is here, she says. Chen is from mainland China and often frequented Miniso in her hometown. She took a day trip to the Pickering mall to shop at the familiar discount store.

The chain is banking on this familiarity and it’s one of the reasons it began its foray into Canada in British Columbia. “We did our research and we thought the best place to start off was here on the West Coast…Based on West Coast travel to Asia, as our brand is a Japanese lifestyle brand, it was more recognizable out here,” says Leung. “To penetrate the Canadian market as a new retailer, we believed it was the proper thing to do.” Indeed, over the past 15 years China has been the largest single source of immigrants to Canada, with two-thirds of those Chinese immigrants settling in Vancouver and Toronto, according to new census figures.

Aside from trying capitalize on Canada’s demographic shift and the success of genuine Japanese designer brand retailers, Miniso’s arrival comes as the country’s dollar store sector is thriving. After 2008, there was a shift in how consumers perceived quality, says Doug Stephens, a retail advisor at Retail Prophet. “If you go back 20 or 30 years, anything that had ‘Made in China’ on it was considered to be absolute junk. The whole perception of the minimum expectation of quality [that] consumers have has changed.” After the penny-pinching of the financial crisis, a larger number of Canadians grew more comfortable purchasing cheap products, leading dollar stores to meteoric growth. There remains a place for luxury retailers, too, but the biggest victims have been mid-tier retailers, like Sears.

Miniso is taking a page from Target’s U.S. strategy when it faced off against Walmart years ago, says Stephens. Rather than competing on value alone, the American retailer shifted its focus to product selection, design and marketing. It helped the company carve out a space against the thrifty, no-nonsense Walmart brand. Miniso hopes to do the same in the dollar-store market. “I think what this taps into is the consumer who wants to save money but doesn’t necessarily want to buy, for lack of a better expression, cheap s–t. They want to feel like they’re buying something that’s of a certain level of quality and design.”

This all should have Dollarama worried, say retail experts. “The dollar or thrift category is a category that’s really ripe for disruption,” says Stephens. “There’s no definitive design or merchandising or shopping experience that one can attribute to a dollar store.” Dollarama declined to comment for this story. Adds Patterson: “Dollarama has found its competitor.”

Yet while Miniso is poised to disrupt the dollar store segment, it has a long way to go to topple Dollarama, says Maureen Atkinson, a retail advisor with J.C. Williams Group. Dollarama is a Canadian juggernaut with more than 1,000 locations in Canada already, she notes, and it offers plenty of products that Miniso likely never will, such as food, seasonal items like tacky Halloween decorations, gift wrap and nitty-gritty household items. At the very least there’s a measure of irony in the king of made-in-China dollar store knockoffs being challenged by a based-in-China knockoff of a Japanese dollar store.

But for the unsuspecting mall-goer, this irony is largely irrelevant. One young woman stops in front of the storefront at Pickering Town Centre and surveys the red, winking logo affixed behind the checkout counter. “It’s a designer brand,” she explains to a friend. “Look around you,” says Chen, gesturing to the queue of 30 to 40 people lined up to enter the store. “No one’s heard of this brand, no one cares.” If Miniso’s expansion unfolds as planned, that won’t be the case much longer.