How the 'passionate mama bear' approach can achieve pay equity 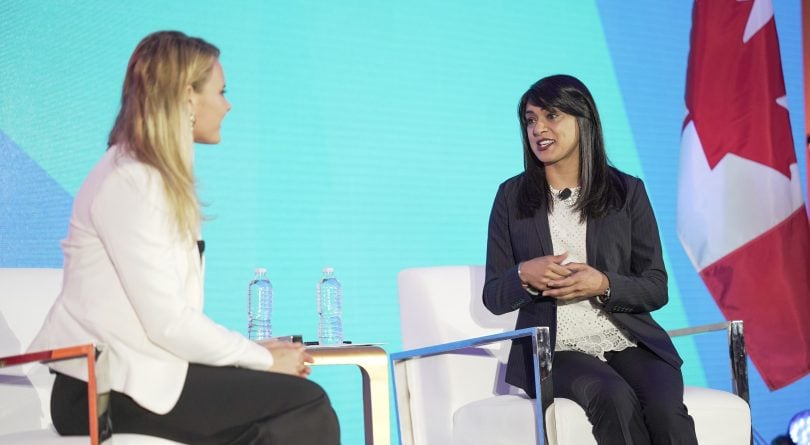 Early one day a few years back, Sallie Krawcheck had a revelation as she was applying mascara: the retirement savings crisis plaguing most advanced economies is, fundamentally, a women’s crisis. Why? Eight in 10 women will die single. Women work six to eight years longer than men, and retire with two-thirds the money men do.

If this strikes you as an odd line of thinking for a morning grooming routine, consider that such issues are brain candy for Krawcheck, a veteran finance executive who once headed such Wall Street titans as Smith Barney and Bank of America Merrill Lynch before co-founding Ellevest, a digital investment platform designed for women. In fact, as she told a rapt Toronto crowd earlier this week, the timing of this particular “A-ha!” moment helps to explain the so-called “time-at-work gap” often used to justify the unequal remuneration of men and women. “If, each day, I only take 15 more minutes than my spouse or partner to put on make-up—which society expects me to do—that’s an hour and 15 minutes per week, it’s five hours per month, it’s 60 hours per year, and I didn’t even shave my legs yet,” she said. “I’d better be thinking while I’m putting on my make-up, otherwise I’m wasting that time.”

Krawcheck was one of many speakers at the Dell Women’s Entrepreneur Network conference, an annual international event for women business-owners held in a different city each year. The event contained equal parts female empowerment (per Karen Quintos, Dell’s chief customer officer: “There’s a lot of talk about this being the year of the woman. I think we’re entering the decade of the woman”), and practical business advice (per Mandy Gilbert, founder and CEO of Toronto-based staffing agency Creative Niche and co-founder of RED Academy, a private technology school headquartered in Vancouver: “Ask yourself: if you were a great young candidate, would you want to work for your company?”), underpinned by a central theme that women have a responsibility to run businesses that fill the gaps and make the world better for other women. And, as befits the momentum of such campaigns as #MeToo and #TimesUp, pay equity was a recurring theme.

A morning discussion between tech entrepreneur and Dragons’ Den star Michele Romanow and Bardish Chagger, the leader of the government in the House of Commons and, until very recently, the minister of small business and tourism, revealed ways in which women employers can enact significant change through seemingly small actions. Romanow and Chagger are each responsible for hiring and promoting employees, and each has opted for a proactive approach.

“When I was elected, I got to hire my staff across three offices,” Chagger said. “I’ll tell you, the way men negotiated for their salaries versus the way women negotiated was very different. It’s unfortunate, because across the board, women saw themselves as worth less.” Instead of accepting the ranges put forward by these prospective candidates, Chagger would insist on offering what the market said the roles were worth (which was, in many cases, higher than requested). And she’d tack on a bit of advice, too. “I encouraged the women in this case to understand what the job is, and to do a little more research to find out how much the range should be, so that when they’re going in, they’re equipped to actually negotiate their salary.”

RELATED: On pay equity, this is how men can step up in the workplace

For Romanow, a self-described “passionate mama bear” in the crusade for pay equity within her organizations, women in positions of power have a duty to help others become comfortable asking for more. “I love the statistic that women apply for a job when they have all the qualifications, and men apply when they have, like, three of the 10. That goes back to everything about how we teach people to take risks at an early age, how we teach people to negotiate,” she said. “My own team will tell you that so much of my strength as an entrepreneur is my ability to negotiate. So, when we talk about a hand up, for me, it’s giving women on our own teams the skills they need to negotiate for the rest of their careers. It’s one of the biggest gifts you can give.”

That mama-bear approach—of women taking care of their own—is, in Krawcheck’s assessment, what will finally, finally, be the catalyst for change in the decades-long quest for pay equity. “The gender pay gap, for all the energy around it, hasn’t been closing. But I think it will now, for a fundamental reason: we’re coming together to do it.

“Everyone knows—if not explicitly, at least intuitively—that we women will not be fully equal with men until we are financially equal with men. And there’s been no time when this has been more stark, or more important, than today.”