Angry Birds is turning into a brand 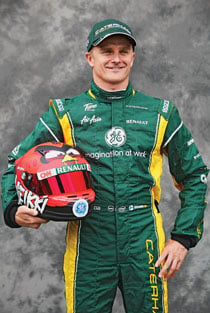 Besides pushing procrastinators to new heights, the maker of Angry Birds has created a global gaming franchise, and made a lot of money in the process. Last week, Finnish firm Rovio Entertainment Ltd. announced it is sponsoring its countryman Heikki Kovalainen, a driver in one of the world’s richest sports, Formula One racing. Under the deal (worth an undisclosed sum), he will don a bright red crash helmet with the iconic slanted bird’s eyes from the game’s logo. Since releasing the game in 2009, Rovio has made more than US$100 million in revenue. There are now more than 20,000 Angry Birds-related products, from plush toys to backpacks. With more than 700 million downloads, the game is expected to hit one billion later this year. And the brand keeps growing: Rovio recently unveiled the latest version of the game, Angry Birds Space, which allows users to hurl birds in a zero-gravity setting.