Is this the end of roaming fee rage?

As Rogers CEO Guy Laurence attempts to turn around the company, he’s betting a new roaming service will pay off 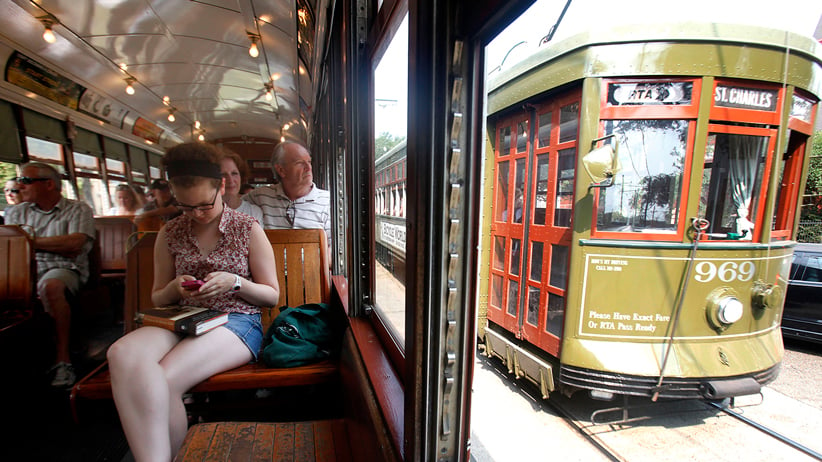 Nearly a year after Guy Laurence took over as CEO of Rogers Communications with a plan to turn the company around, the telecom giant is moving to stem one of the most common complaints of Canadian wireless customers: bewildering and costly out-of-country roaming charges.

On Friday, the company unveiled a new roaming plan called “Roam like home” that as of Monday will replace its previous offerings for travel into the U.S. For a flat fee of $5 a day, Rogers customers who travel south of the border will be able to use their existing Canadian “share everything” wireless plan.

For snowbirds or those travelling in the U.S. for extended periods of time, the $5-a-day fee is only charged for a maximum of 10 days of each month.

“For five bucks a day, the price of a coffee and a doughnut, you can access all the minutes, text and Internet allowance you’ve got in Canada, whether you’re in [Toronto’s] Dundas Square or Disneyland,” Laurence said in an interview. For now, the program is only available for travel to the U.S. For other international destinations, Rogers’ existing roaming plans will still apply.

Analysts and investors will have obvious questions for Laurence about the impact the new roaming program will have on Rogers’ bottom line. Each year, roughly 18 million Canadians travel to the U.S., and it’s estimated they currently pay roughly $800 million in roaming fees while there. The CEO admitted there will be a drop in revenue from those customers who have, in the past, paid for more pricey roaming packages.

But he also said Rogers conducted a survey, which found that, in a year, as many as eight million Canadian travellers to the U.S. turn their phones off altogether when they cross the border. “I’m proud to save customers money, but there is an opportunity,” he said. “It’s not about leaving money on the table; it’s about exploiting an opportunity by creating a very simple proposition that customers want.”

There were also significant costs involved in setting up the program, although Laurence refused to disclose any figures, as that information could help its rivals.

The service has been in the works since February, and involved developers writing “millions of lines of code” so that a customer’s voice, text and data plan will work on the various U.S. networks. The program also required Rogers to negotiate with American carriers to buy what Laurence calls “enormous capacity” on their networks.

It’s part of a bet by the CEO that the vast majority of Rogers customers who travel to the U.S. will now opt into the program and dramatically increase their wireless usage when they travel south of the border. (After a one-time enrolment, the roaming plan automatically kicks in on subsequent trips to the U.S.) “You’d be crazy not to use it,” he says.

Laurence said it is impossible to say how much the average wireless customer stands to save under the new plan. “It depends on how much they’re using it at the moment, and that is predicated on bewilderment, confusion, irritation and all the rest of it,” he said.

As of Friday, before the new program was launched, Rogers’ website listed a variety of different roaming packages for the U.S., ranging from a basic daily rate of $7.99, offering 50 MB of data a day plus additional charges for phone calls and texts, all the way up to $80 for a month of service that included 500 MB of data. Laurence said that, once all the Canadian wireless carriers are factored in, there were 80 different roaming plans on offer to consumers.

It’s been a growing sore spot with consumers, and regulators were listening. In the last year, the Canadian Radio-television and Telecommunications Commission has taken a tougher stand when it comes to consumer protection. Last December, the CRTC implemented a wireless code of conduct that applies to all new contracts. It makes it easier for customers to return phones if they’re not happy with the service within the first 15 days; it capped roaming fees at $100 a month; and the new rules enabled customers to terminate their contracts with no penalties after two years.

Even as the regulatory challenges have piled up, so, too, has competitive pressure from Rogers’ traditional rivals, Bell and Telus, as well as upstart carriers and new entrants like KnowRoaming, a Toronto company that launched this year with a low-cost roaming offering of its own.

That’s all had an impact on Rogers’ bottom line. Since Laurence became CEO and launched his turnaround effort, the company has continued to lose market share in the wireless sector and has seen its revenue growth stall. In the third quarter, sales grew just one per cent to $3.25 billion, while net income fell 28 per cent to $405 million.

But Laurence said he made clear early on that the process of turning around the company, and repairing Rogers’ customer service, will take time. “These days, you build trust through simplicity, transparency, and doing what you said you were going to do,” he said. “I didn’t say we were going to sort out all of customer care in one year; I said it’s going to take several years, because I’ve done it before, and it does take time.”

The company has already undergone significant change under Laurence’s so-called Rogers 3.0 strategy, including a restructuring earlier this year that saw it shuffle more than 10,000 employees into a new customer-focused division. A second business unit is now aimed at enterprise customers, while Rogers Media, which includes the Blue Jays baseball club, TV and radio stations, as well as magazines, including Maclean’s, remains its own division.

Under Laurence’s tenure, Rogers has also announced a series of deals and new product launches, including the release of its NHL GameCentre Live service, with the goal of capitalizing on Rogers’ $5.2-billion, 12-year broadcasting deal with the hockey league, the debut of its Next Issue magazine app and Shomi streaming service, and last week’s $100-million content partnership with Vice Media.

But the roaming deal will have been the company’s most high-profile attempt to fix its customer service troubles. The new deal will be promoted in a marketing campaign that Laurence said would be unlike anything Rogers has done before.

He said there are up to a dozen more big projects planned to roll out over the next year.

“Somehow along the way, we forgot what great assets we had, and we lost our confidence as a company,” he said. “And now we’re kicking back in.”