Let the cash rain down in Japan

When it comes to legalized gambling, Japan is a holdout in Asia. Facing a cash crunch, that’s about to change. 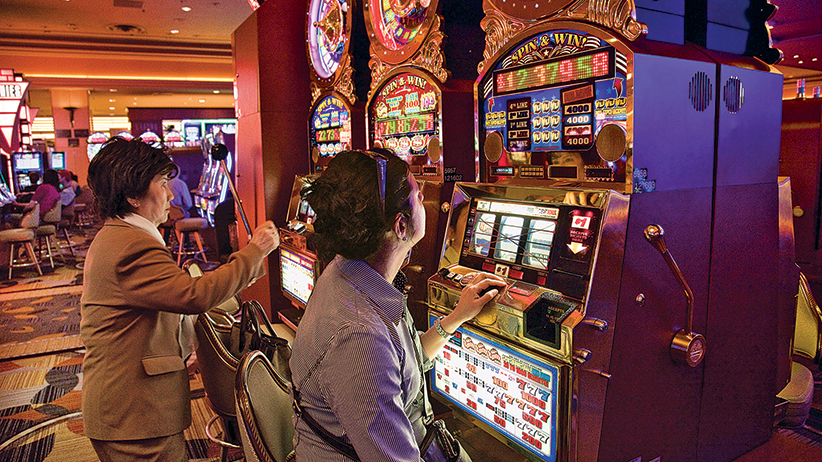 Visitors to Japan would be hard-pressed to avoid the national pastime of pachinko, the pinball-style arcade game that is wildly popular in the island nation. Officially, pachinko is played for cheap trinkets. Unofficially, those trinkets are quietly exchanged for cash, a practice that has helped turn pachinko into a $30-billion industry. Add in state lotteries and sports betting, and gambling is believed to be a bigger revenue generator for Japan than the auto industry. It’s an impressive feat in a country where gambling, at least technically, is still illegal.

While Japan has largely turned a blind eye to games such as pachinko, it has remained the lone industrialized nation to be dead-set against casinos. That’s about to change, however, as Japanese lawmakers follow the path of other cash-strapped governments in pursuing gambling as a quick fix to their money woes. This winter, a coalition of parliamentarians introduced a bill to legalize casinos. If it passes, which could happen as early as June, analysts say Japan could quickly become the world’s second-largest casino market, bringing in as much as US$100 billion a year. “If lawmakers drop the ban [on gambling],” an analyst at Asian investment bank CLSA wrote in a report, “we expect cash to rain down on the sector.”

Japan has toyed with the idea of legalizing gambling for more than a decade, only to back away under pressure from the country’s police service, which fears it will attract organized crime and corruption. But faced with huge reconstruction costs after the 2011 earthquake, supporters say it’s time to open the doors to foreign casino investment. Preparations for the 2020 Summer Olympics in Tokyo have also “spurred a heightened sense of urgency” to legalize the practice, wrote the Fitch ratings agency in a recent report. Prime Minister Shinzo Abe, whose party is leading the pro-casino push, has signalled his support as part of his ambitious plan to boost economic growth after decades of stagnation.

The news has Vegas-based casino operators eager to invest in Japan. Sheldon Adelson, head of Las Vegas Sands, promised to “spend whatever it takes” to build a casino there. Casino mogul Steve Wynn and MGM Resorts, which was nearly bankrupted by an ill-timed Vegas casino project in 2009, have both pledged “several billion” in Japanese investment.

Japan is crucial to Vegas casino operators who are still hurting from the U.S. housing crash, says Mark Nichols, a professor at the Institute for the Study of Gambling and Commercial Gaming at the University of Nevada. “They’re looking for growth markets, and Japan would be one, compared to opening a casino somewhere here,” he says.

The movement to legalize casinos in Japan is part of gambling’s broader shift away from North America and Europe, where many believe growth has peaked. Gambling revenues jumped more than 40 per cent in Asia since 2010, compared to just five per cent in the U.S., according to PricewaterhouseCoopers. Macau is now the world’s largest casino market, taking in nearly seven times as much revenue as Las Vegas. Singapore has seen gambling profits explode since it opened its market in 2010, and Nichols says it could soon outstrip Las Vegas. “There’s been drastic changes in the landscape of gambling moving toward Asia,” he says. But Japan’s large and wealthy population remains the holy grail for casinos.

Yet anti-gambling advocates say these developments have caused serious problems for Asian countries. Gambling addictions are culturally taboo and many people avoid even using the word gambling, with its implication of financial recklessness. Instead, they say they’re “playing games,” says Wooksoo Kim, a social work professor with the State University of New York at Buffalo who studies gambling addictions among Asian immigrants. While many Asian governments are keen to take money from foreign gamblers, they deter locals from playing. Singapore charges residents hefty fees, while South Korea has built a dozen foreigner-only casinos, but just one for locals. Japanese lawmakers have focused on the tourism benefits of casinos. That approach could spell trouble for casino operators who expect their winnings to come mostly from locals. Competition for high-rolling tourists is already intense in Asia—Macau’s growth has come at the expense of Chinese visits to Las Vegas, while Singapore’s casinos cannibalized those in Australia.

At the same time, the Asian market is expected to mature over the next several years, with growth falling from 20 per cent a year into the single digits. Not that this is expected to dampen the enthusiasm for gambling revenues among Japan’s pro-casino lobby. They remain all too keen to test their luck in the world’s largest untapped casino market, betting the odds are in their favour.