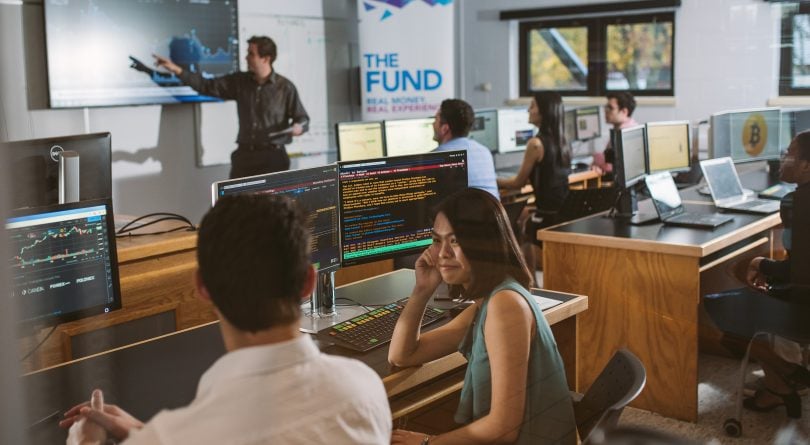 What would you do with $150,000? Samuel Williams knows what he would do. He’s eyeing advances in medical technology and the evolving energy sector.

Williams, a 24-year-old student at Memorial University in St. John’s, is one of two portfolio managers at the Fund, Memorial’s new student-led investment fund. And that $150,000? It’s real money used to buy real stocks and bonds, which Williams says changes everything.

“You can do simulations all day online,” Williams says. “When you’ve actually got real skin in the game, it’s way more pressure, and it’s a way better experience for what you’re actually going to handle.”

Working toward his business commerce degree, Williams is one of 14 students picked to staff the fund. There were 57 applicants for those spots, says Erin Oldford, a finance professor and the fund’s manager, and the final team is an interesting mix. It’s mainly business students, as expected, but they also have a mathematics student on the team, and someone getting their Ph.D. in biophysics.

The Fund follows similar ventures at business schools across North America. In Canada, many schools, such as the University of Victoria and the Smith School of Business, operate them; a new fund at the University of Windsor just released its first annual report. The Memorial University fund started in September with two donations totalling $150,000. The money came from Brad White, chair of EdgeHill Partners in Toronto, and Luke O’Brien, vice-president at RBC Dominion Securities in St. John’s. (A previous donation from White in 2011 created a trading lab where students practised on the same equipment used by real brokers.) Both donors are on the Fund’s mentoring team, advising the students as they start to make purchases and trades.

But before they get there, Oldford is putting the team through a boot camp of sorts. Memorial professors are leading sessions on topics like evaluating financial statements and leadership.

Once the students have a base of knowledge, that’s when the trading begins. Oldford structured this fund with a few basic goals in mind. They will mainly focus on the North American market, and they’ll follow the United Nations Principles for Responsible Investment. But most importantly, they’ll always work with an eye toward the future. “We’re taking a value fund approach, where we’re looking for stocks to hold through the long run,” Oldford says. “We’re not looking for risky, high-growth opportunities, we’re looking to do solid research on a stock, trying to find stocks that are misplaced at the moment and adding them to our portfolio.”

Right now, students are only looking at purchasing positions, not trading or shorting. Any profits will get funnelled back into the Fund for future students to work with. But Oldford does have some ideas for long-term development, including splitting the fund into two sections, with a master’s-level fund for MBA students, who could take a more aggressive approach with advanced strategies such as hedging and risk mitigation. “And then keep the initial fund for undergraduate students, more of a training, simpler, slow-and-steady approach,” Oldford says. 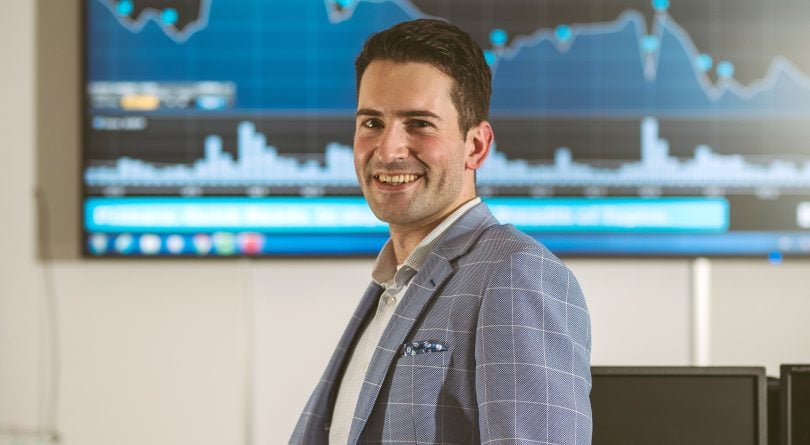 That slow-and-steady approach starts with research. The Fund’s team is divided into portfolio managers, sector managers and analysts, who scour the market for the right investments. Williams says his goal is to make at least 10 moves over the next year, which means the team needs to get to work. “We’re going to have to have at least 40 options, and we’re going to have to boil it down to the best ones,” Williams says. “Everyone [on the team is] really passionate about finance, so I think it’s an achievable goal.”

Once the students have their picks, they bring them to Oldford and go over their choices with the mentoring team. Oldford is the one who will officially make any purchases; she also has the power to veto moves that are inconsistent with the group’s charter.

Oldford added those precautions after studying similar student-led funds across the country. In planning for Memorial’s entry into the world of student investing, Oldford looked at funds at schools like the University of Iowa and Carleton, and the new fund at the University of Windsor. “The fund is showing a profit; they’ve benchmarked it against the S&P 500,” says Mitchell Fields, dean of the Odette School of Business in Windsor—an approach that Oldford is also using for the Fund.

Fields says his fund is also working with long-term growth in mind. “We don’t want the students to get into day trading—we don’t want them getting into speculative things . . . this is supposed to be a growth-oriented fund.”

READ: How Telus and the University of Victoria designed a different kind of MBA

Because the Odette fund is relatively new, Fields and the advisory board have kept a close eye on its progress, and they aren’t afraid to make changes as needed. One thing Fields has his students do is watch their portfolio changes in real time, using the school’s financial markets lab, which offers access to the same software used by brokers. “They’re using tools and doing very in-depth analysis of the companies they’re buying,” he says. “So if they want to buy something in a sector, they do very careful research.”

Fields says that because the students know they’re working with real money, they take the investments very seriously. It all leads to immersive, experiential learning, an approach that Fields thinks will pay off after the students graduate. “The skills they’re learning, they can go in and talk the talk in a job interview,” he says. “It’s become more than just a textbook activity. If I were a student at school right now, I would want to get into this fund.”

The only downside is that once those students graduate, Fields and his team are left with holes to fill. At Windsor, and at dozens of other schools across the country, there is one unavoidable problem with a student-led fund: succession planning. “You bring a student in, they get good at it, then they graduate,” Fields laments. “We set [our fund] up in a way that we can bring junior students in, and they move up the ranks of the hierarchy, so they can go from research assistant to fund manager to managing director.”

Oldford considered similar options for the Fund at Memorial. But because the fund isn’t tied to a specific university course or class, she doesn’t have to worry about changing the leadership every semester. Instead, the Fund will recruit and fill positions every September, with students committing to a year in the position.

That’s not a problem for Williams, who sees the Fund as both an opportunity for learning and a potential springboard to a career. “There’s a lot of networking,” he says. “We have five mentors who are going to be helping the students, and it’s going to be an excellent opportunity to reach out and connect with industry.”

And Williams is hoping to benefit from the experience of his mentors as well. He’ll learn how to make his first purchases and trades, but he’s also interested in the emotional and psychological side of investing. “I’d really like to be mentored on real risk management and how people not only know how to manage their risks when they’re losing but how they don’t get overly emotional or attached to what they’re doing in the market when they’re actually winning,” he says.

That’s the sort of thing that can take a few years of experience to develop. But with access to mentors from across the country, and $150,000 at his disposal, Williams is on his way. After he graduates in 2020, he hopes to work in finance and may end up focusing on the stock market. “I’m really passionate about this stuff,” Williams says. “Even before the Fund, I was always researching the market, and my friends love it too. So it doesn’t feel like work, it’s just what I love to do.”

That’s the passion that Oldford wants in the Fund. Along with the other mentors, Oldford will check in with the Fund’s annual reports and see how the students stack up against the S&P and other market indexes. But ultimately, she’s less concerned with revenue and more invested in her student’s learning. “Returns come second to the experience, because mistakes are part of the learning experience,” Oldford says. But if things go well, she does have some goals. “We might use some of the funds to help support finance programming within the business school . . . maybe student scholarships, or taking the fund members on a trip to meet people on Bay Street and Wall Street.”

But for now, Oldford and her students at the Fund will stick to the basics and hope they’ve picked wisely.