Pension reform isn't for everyone 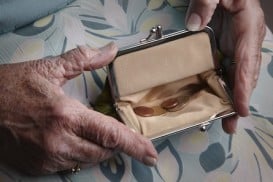 There are any number of proposals to “reform” Canada’s pension system. Some may be good ideas, some may be less than good. But before we can evaluate the relative merits of a given set of pension proposals, we have to articulate the question: what, precisely, is the problem these reforms are meant to solve?

The original goal of the CPP/QPP was to solve the once-pervasive problem of elderly poverty—and it was largely successful at that. As UBC economics professor Kevin Milligan notes, elderly poverty declined sharply after the implementation of the CPP/QPP. In all of the measures produced in this Statistics Canada table, the incidence of poverty among the elderly is significantly less than among the non-elderly.

People save for retirement for the same reason that they take on debt when they are young: they are rearranging income across time in order to maintain a stable level of consumption throughout their lives. Capital markets are the mechanism with which income is shifted across time: current income is deferred to the future by saving, and future income is brought to the present by borrowing. If everything worked according to the simplest form of the standard life-cycle model of savings and expenditures, retirement would be characterised by a smooth transition from labour income to investment income that allowed people to maintain the same standard of living. In practice, of course, this doesn’t happen: capital markets are not perfectly frictionless, and people don’t always have access to all relevant information when making their savings and investment decisions. That’s why retirement is generally associated with a reduction in disposable income. The policy challenge is to make the transition less abrupt.

Replacement rates of 66 per cent at the top end of the income distribution may be a problem for people who are in the top income quintile, but it’s not obvious that this is a problem for public policy. Two-thirds of a top-quintile income is a long ways from poverty, and these people generally have the means to take care of themselves.

The middle quintiles are the source of the greatest concern: savings rates for many—particularly those who do not participate in a registered pension plan—are too low to sustain their standards of living after retirement. And the transaction costs encountered by those who do save can be substantial. Financial service fees on the order of two-three per cent of assets per year are a significant obstacle to retirement planning.

On the other hand, people in the lowest income quintile are generally well-served by the current system: a significant number see their incomes increase when they retire. (Of course, an important reason why their replacement rates are so high is that their pre-retirement incomes were so low.) Low-income households generally don’t save much for retirement: the combination of CPP, the Old Age Security and the Guaranteed Income Supplement is enough to provide a retirement income that can sustain their consumption patterns in retirement. For people whose incomes will increase in retirement, saving for the future makes little sense: if anything, they would want to borrow against the higher incomes they will receive upon retirement.

It’s important to keep this last group in mind when thinking about pension reform. For example, an expanded CPP that forces low-income people to save more when their incomes are lowest is likely to make them worse off. And since retirees who will be receiving the Guaranteed Income Supplement will face a clawback rate of up to 75 per cent, the gains from an expanded CPP for this group are greatly attenuated.

“Canadians aren’t saving enough for retirement” is not the best way to pose the policy problem if it leads people to conclude that a program that forces everyone to save more is a good idea. The real problems are more specific: middle income earners don’t save enough and they are obliged to pay high fees when they do.