Because if it can't explain, maybe it doesn't really need it 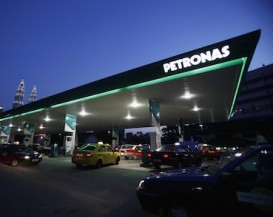 The Harper government’s unexpected, last minute (check the time stamp) decision to reject Petronas’ bid for Progress Energy has once again demonstrated that the “net benefit” test for foreign takeovers is without meaning. The government rejected the bid because it felt like it and because it could; there are no other reasons.

The Conservatives appear to be mounting a communications counter-offensive, including this remarkable piece by Globe and Mail columnist John Ibbitson, based on a chat with a mysterious “senior figure in the government, speaking on condition of anonymity.” Here’s the key paragraph:

While ivory-tower economists insist investment is investment, other governments have acted to protect strategic assets from falling into what they consider the wrong hands. The Harper government’s approach has similarly evolved. The door isn’t shut to foreign investment from state-owned companies, the government official said. But those companies must be transparent in their dealings and, to put it bluntly, there must be something in it for Canada: head-office jobs retained, or new money for research and investment, or the like.

My favourite bit is the first sentence. The idea that “investment is investment” isn’t wrong, it’s just that it comes from people who don’t speak on condition of anonymity, so it can be safely ignored. Following right up is the classic “everyone else is doing it” non sequitur, as if bad policies are magically transformed into good policies if enough people adopt them.

And the last part, on the imposition of conditions, is just silly. The benefits we get from participating in international markets are due to competitive pressures. Why bother to innovate if you can count on government protection?

The most remarkable thing about this file is that no one can come up with an actual reason for rejecting a foreign takeover—and no, “everyone else does it” is not an actual reason—but there are any number of people who think that the government should have absolute discretion to do so.