How to turn a weakness into a strength

Richard Branson on the proverbial lemons and lemonade 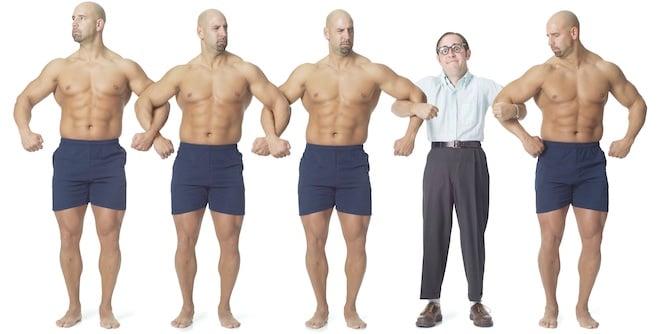 Richard Branson is a philanthropist, adventurer, entrepreneur and founder of the Virgin Group of companies.

Whenever something goes wrong or you find yourself at a disadvantage, often the best way to handle it is to turn a negative into a positive. I learned this early on as I struggled with dyslexia, a learning disability that affects reading comprehension.

I left school when I was 16 years old partly because of my dyslexia. I couldn’t always follow what was going on, so I didn’t find the lessons interesting and became distracted. My teachers thought I was lazy because, back then, people didn’t understand as much about dyslexia as they do today.

I seemed to think in a different way from my classmates, and I’ve done so from an early age. Over the years, my different way of thinking helped me to build the Virgin Group and contributed greatly to our success. My dyslexia even guided the way we communicated with customers. When we launched a new company, I made sure that I was shown the ads and marketing materials. I asked those presenting the campaign to read everything aloud, in order to test the phrasing and the overall concept. If I could grasp it quickly, then it passed muster.

I still check our ad campaigns today, so we have continued to use ordinary language instead of industry jargon. Our bank, Virgin Money, doesn’t talk about “financial services’’ or “leading industry intelligence.” Instead, we talk about building a better bank for everyone.

When I did run into challenges, my team and I found a way around them. For many years, I ran the Virgin Group without knowing the difference between net and gross profits—we had some odd board meetings! Despite such problems, we were all able to work together smoothly because I had learned the art of delegation by my teens.

As an entrepreneur, I learned that surrounding myself with people who were better than me at specific tasks put me at an advantage because I was free to focus on the things I was good at. We hired fantastic people throughout the Virgin Group to run our businesses, which provided me with the space to think creatively and strategically about new ventures and as I worked to grow Virgin’s business.

It wasn’t until I was a young adult that I fully recognized that I had dyslexia. By then, I also knew that challenges can be the driving force for success. And in fact, a 2005 study found that one in three American entrepreneurs identifies as dyslexic, while others have shown that people with this disability tend to excel at detecting patterns and grasping the bigger picture. Entrepreneurs such as Thomas Edison, Henry Ford and Ted Turner all had dyslexia.

Whatever personal challenge you have to overcome, you must be brave enough to accept that you are different. You must have the courage to trust your instincts and be ready to question what other people don’t. If you do that, you can seize opportunities that others would miss. Believe in yourself, and use everything you can—including the obstacles—to propel you along the road to success. Who knows what you might achieve?