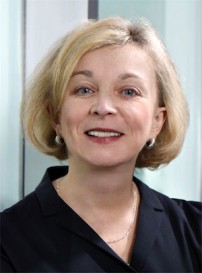 The former Canadian bureaucrat who was recruited to head up an overhaul of the company responsible for British mail delivery is under fire for a leaked email in which she called the government compensation process in the country “hopelessly broken.”

Moya Greene, who was recruited in 2010 to the struggling Royal Mail (the British equivalent to Canada Post), sent the email after she was forced to repay a £250,000 housing allowance (more than $400,000).

The Guardian obtained the Aug. 5 email, which was sent to a member of the public who was critical of Greene’s housing allowance and then forwarded it to the newspaper. In the email, Royal Mail chief executive Greene wrote:

“I took on a company in grave difficulty. I was here for a full 15 months before officials and/or ministers deigned to explain the exact basis upon which I would be paid. I had long resigned my previous position.

Greene also took aim at the media in the email, according to The Guardian:

“The climate for executives and their abilty [sic] to manage in the UK remains highly politicised, all aggravated by a press corp whose general traits have been well set out by Mr. Justice Levinson [sic].”

The British media has been critical of Greene’s hefty housing allowance and compensation. Her basic pay of £498,000 per year makes her one of the highest-paid government officials in the country.

Greene worked in various Canadian federal government departments in the ’80s and early ’90s, including the Privy Council Office and Transport. She worked in the Canadian private sector for Bombardier and TD Bank before becoming president and CEO of Canada Post Corporation in 2005. She was working there when she was recruited by Royal Mail in 2010.

Since heading Royal Mail, Green has posted a profit at the money-losing corporation as she takes the public company towards a contested partial privatization.