Saks makes its big bet on Canada's appetite for luxury

Marc Metrick, the president of Saks Fifth Avenue, on why the luxury retailer is targeting Canada 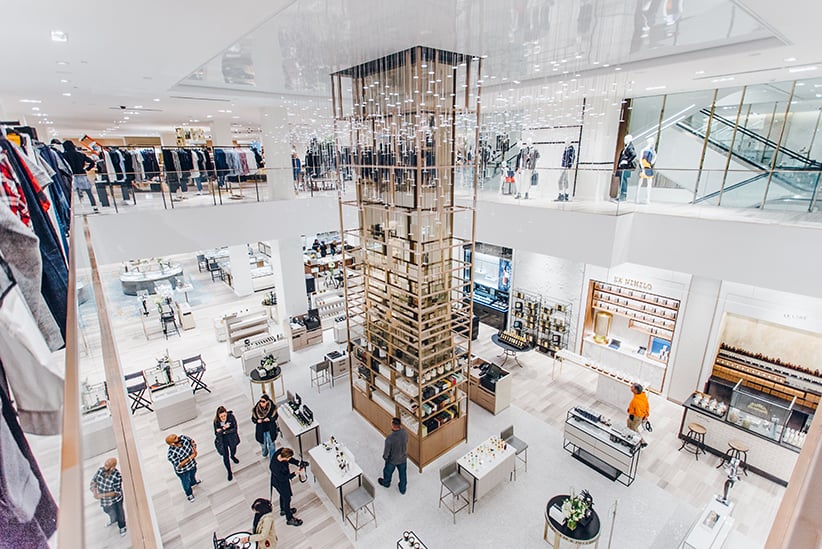 Saks Fifth Avenue is preparing to open its first two Canadian stores in Toronto this month, making it the latest in a long line of big U.S. retailers to expand northward. But much has changed since Hudson’s Bay Co. purchased the U.S. luxury retailer for $2.9 billion back in 2013 and announced plans to bring the storied Saks brand to Canada—namely, the cratering of the price of oil, which has taken the Canadian economy down with it. Meanwhile, U.S rival Nordstrom is continuing its Canadian rollout while local luxury stalwart Holt Renfrew has upped its game in a bid to protect market share. So can Saks still realize its goal of opening as many as seven stores in in Canada over the next several years? Or did it arrive at the exact moment when Canadian consumers ran out of money to spend on Manolo Blahnik shoes and Valentino handbags? Senior writer Chris Sorensen caught up with Saks President Marc Metrick in the (almost-finished) flagship store in downtown Toronto to find out.

Q: Tell me a bit about your background.

A: I was born and raised in New York. Worked at Saks for 15 years. Left Saks. Worked for HBC for a few years. And they recently made me president of Saks. So I’ve spent a lot of time up here [in Canada]. I know the customer and how Canada works. I have experience with both brands, but I was really born and raised with Saks.

When HBC first announced its Saks plans in Canada, the economy looked a lot brighter than it does today. Is there still enough demand here to support a U.S. luxury retailer like Saks?

We never believed we would throw open the doors and people would just walk in. We have to take share to be successful. At the same time, our current Canadian business [cross-border and online] is among our better-performing ones. So as long as demand for luxury goods is here, which it will be, we want to be able to offer the Canadian consumer something in Canada so they don’t have travel to the U.S., where there’s going to be a foreign exchange headwind. We look at it as an opportunity to win and be successful.

So Toronto still looks like a pretty attractive launch market in 2016?

Toronto is the fourth-largest city in North America. But you don’t have a Saks here. It never made sense to me and it was talked about before the company was bought by HBC. In fact, it was one of the key tenets of the deal’s acquisition thesis. Boston is a little over 4.5 million people with eight luxury store operators, including Nordstrom, Barneys, Bloomingdale’s, Saks and Neiman Marcus. By contrast, there are just three Holt Renfrews servicing the GTA (Greater Toronto Area), with six million. So the market is totally underserved. Even with the Canadian economy facing a little bit of a headwind, there’s an opportunity to come in and claim some share.

How does the exchange rate affect your business here? You do most of your buying in American dollars but you will be selling in Canadian dollars, which are now worth a lot less. Does that change your pricing strategy for Canada?

No. We’re pricing in Canada to be competitive in Canada. We don’t look at it as an advantage or disadvantage, from that standpoint.

When Target launched here—I know it’s a different retail model—they ran into trouble because a lot of Canadians cross-border shop and were familiar with Target’s U.S. prices. I imagine the same goes for Saks’s higher-end Canadian customers.

Exactly. So how conscious do you have to be about consumers who might say, “This is cheaper in the U.S. even when I factor in the currency exchange?”

We have to be extraordinarily conscious of that. One of the beautiful things of following others into the Canadian market is we see where they’ve faltered. Look around you. We have full shelves of inventory and everything’s running. We also benefit from [HBC] having done business in Canada for over three centuries, so we understand the sensitivity. We’re attuned to it. It’s a three-dimensional challenge for us. We have our competitors in the market. But we also have Saks.com, for which Canada is the No. 2 ship-to destination. Canadian customers are on our website regularly and they see our U.S. prices converted into Canadian currency. So we’re doing a lot to make sure all the pricing is fair. We’re managing it very carefully.

Related: Inside the final days of Target Canada

So you’ve benefited from watching what happened to Target, in other words?

We learned a lot from them, for sure. But, again, we had the benefit of partners on the ground who have been doing business here for a long time, and who understand everything. How do you market and go out to the customer? What kind of relationship do Canadians have with loyalty programs? How do they shop online? How do they do their returns from online shopping? All these different elements were factored in. We feel like we’re set up for about as much success as we can be.