Cristine Rotenberg has nearly seven million subscribers who watch her comedic videos. But from Monday to Friday, she crunches data for StatsCan. 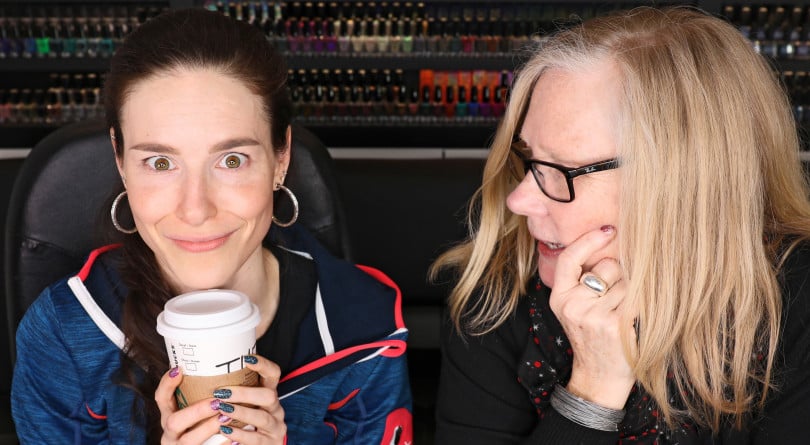 Cristine Rotenberg stands at the front of a stanchioned crowd, posing for photos with squealing teenage girls and giving out hugs and autographs. Around 250 people are in a line that snakes across a cavernous room in the Anaheim Convention Center in California. Rotenberg, 30, is no famous musician or movie star (though she did have a brief stint as a child actor). She’s a YouTuber at VidCon 2018, an annual three-day convention for creators on the platform to meet each other and their fans. “People will give me artwork they’ve created, some will cry out of happiness, and even parents will come up to me and tell me how much they appreciate how happy I’ve made their son or daughter,” she says.

Rotenberg’s channel, Simply Nailogical, has amassed nearly seven million subscribers and more than 1.2 billion views since she started it in 2014, and is the 19th most subscribed channel in Canada. Social Blade, a social media statistics website, estimates that Simply Nailogical makes Rotenberg anywhere between US$179,000 and $2.9 million a year, which she coyly conﬁrms. But, unlike most YouTube stars who snag mass audiences, Roten­berg has kept her day job. For 6.8 million people she’s a web celebrity, but from Monday to Friday, she lives a quiet life crunching data as a crime statistics analyst at Statistics Canada. One recent study she authored looks at trends of sexual assaults reported in the wake of the #MeToo movement.

Rotenberg started her YouTube channel after ﬁnishing her master’s degree in sociology at Carleton University in Ottawa, where she lives, sharing elaborate nail-design tutorials with a loyal audience. Eventually, she shifted her focus to the comical, painting her nails in unconventional places like the gym or a Calgary Flames home game.

READ: Can you keep your kids safe watching YouTube?

Like many online celebrities, Rotenberg shot to fame after a viral moment. In 2016, she ﬁlmed herself over several hours painting more than 100 coats of varnish on her nails, which eventually formed a deformed mountain of polish on her ﬁngers. The absurd video soon spawned the “100 layers challenge,” where YouTubers piled on 100 layers of everything imaginable. “Lipstick, T-shirts, hamburger patties, you name it,” she says. “I apologize to the internet for that.”

Her long-term partner, Ben Mazowita, makes cameos in her videos and has gained a social media following of his own. “If you had told me ﬁve years ago that I would be making money uploading videos of my girlfriend and I to the internet, I would have pictured something pretty different,” says Mazowita, also a StatsCan crime data analyst (though on a different team). As the channel gained popularity, Mazowita stepped in to handle the business side of things. “That said, I increasingly get dragged into videos,” he adds. He’s a good sport, though, letting Rotenberg glitter-paint his nails or try drag makeup on him.

But the wild fluctuations in ad revenues and an audience that could lose interest at any moment make YouTube an unstable career choice. So Rotenberg is well-advised to keep her government job, says Coia—a point not lost on the star herself. While the streaming service can yield “absurdly large sums for a minority of content creators,” she says, it is also volatile. “I don’t rely on YouTube to pay my bills for the next six decades.” And though her YouTube wealth has allowed her to choose how she wants to spend her time, her day job, as she puts it, “satisﬁes a part of me that YouTube doesn’t. I enjoy it.”

Her fans know about Rotenberg’s not-so-secret life as a crime stats analyst. She mentions her academic background in several videos (including one in which she announces that she is paying for a semester of tuition for a lucky viewer). And some are curious about her day job. So, naturally, she ﬁlmed a YouTube video with her team director at Statistics Canada, now viewed 3.9 million times.

Her boss sits beside Rotenberg in the YouTuber’s usual ﬁlming setup, with shelves and shelves of nail polish bottles as a backdrop. “I was shocked,” she says, on camera, about learning of her employee’s YouTube success. (Rotenberg asked that her manager not be named.) She is painting her boss’s nails—one of them, ﬁttingly, with a line-graph design. “Because your persona on [YouTube] is much more animated. At work you’re very quiet and focused.”

Rotenberg sees her dual identity as a matter of balance. She’s been working at the government twice as long as she’s been a YouTube star, she notes, and her ebullient online persona has never detracted from the buttoned-down, laser-focused side of her personality: “I am a big believer that you can do both.”