As General Motors grapples with a recall scandal affecting older cars, it’s trying to paint the new, post-bankruptcy GM as a different company. Will customers buy it? 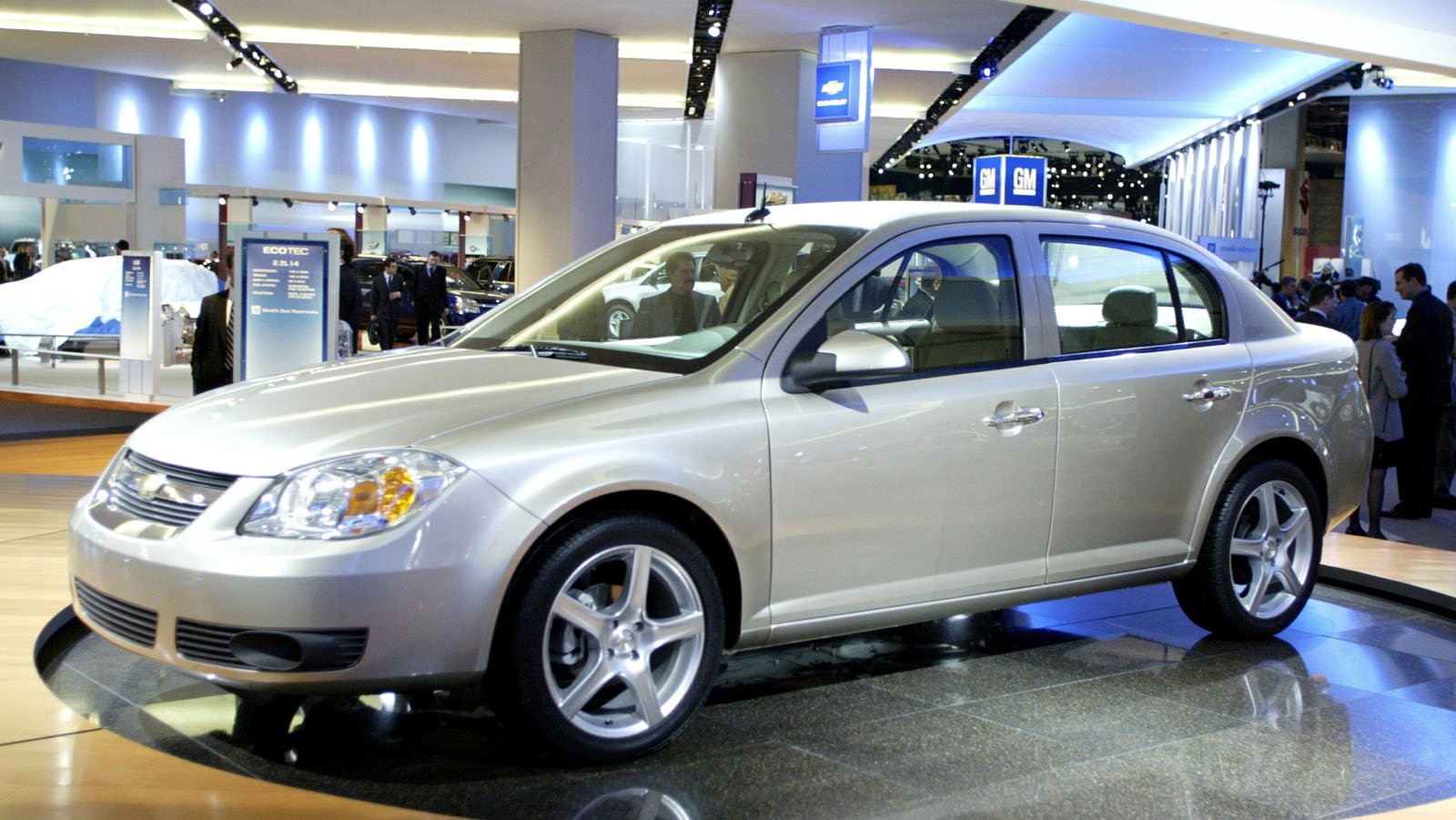 Mary Barra wants you to know she’s the CEO of “today’s” General Motors. She used the superfluous adjective repeatedly during her grilling on Capitol Hill last week as U.S. lawmakers demanded to know why GM waited more than a decade to recall some 2.6 million vehicles with faulty ignition switches. The switches—in older, out-of-production cars like the Chevy Cobalt and Saturn Ion—can be jostled out of position while the vehicle is running, disabling critical systems like power steering, power brakes and airbags. As many as 31 crashes and 13 deaths, including one in Canada, have been blamed on the defect. Barra, who has spent more than 25 years with GM, promised the U.S. House subcommittee she would come clean about GM’s role in what some have alleged was a deliberate cover-up. “Today’s GM will do the right thing,” Barra said.

It’s no verbal tic. Barra is desperate to portray GM as a wholly different company than the one that existed prior to a 2009 trip through bankruptcy protection. In some ways, it is. As part of the restructuring, GM’s assets were transferred to a new corporate entity while many debts and liabilities remained with the old enterprise. Conceivably, that could shield the “new” GM from lawsuits stemming from the recall since it mostly involves pre-2009 vehicles.

Even so, questions about who knew what at GM, and for how long, continue to mount. The automaker, which received nearly $50 billion in U.S. taxpayer bailout money, is being investigated by the U.S. Justice Department for potentially committing fraud by failing to reveal the defects prior to its Chapter 11 filing. Barra, for her part, says she only learned of the ignition-switch problem on Jan. 31 of this year, despite her former role as GM’s global head of product development.

The recalls come at a terrible time. Armed with a healthy balance sheet and a bevy of new models, Barra was hired to establish Chevy as a global car brand, claw back lost U.S. market share and fix GM’s European operations. Instead, she must now spend her time reassuring the public GM’s cars are safe to drive, and that the recalls are historical artifacts. That’s easier said than done. “Customers don’t care that the automaker has gone through a restructuring,” says Ken Wong, a marketing professor at Queen’s University. “What they care about, at the end of the day, is that GM consciously made a decision to put corporate profits ahead of people’s safety.”

An investigation by the company and U.S. officials has so far revealed GM knew about potential issues with ignition switches for years, but didn’t tell customers. A 2001 Saturn Ion pre-production report cited ignition-switch issues that were later deemed fixed with a design tweak. However, warranty claims flowed into the company in the years that followed, mostly from startled Cobalt drivers who suddenly lost power after inadvertently bumping their key chains (other models that have been affected include the Chevy HHR, Pontiac G5 and Saturn Sky). Despite the obvious risks, GM chose not to issue a recall because none of the proposed solutions—modifying the switch to give it more resistance or changing the size of the key slot—represented an “acceptable business case,” according to a March 2005 GM document unearthed during the investigation.

A few months later, a National Highway Traffic Safety Administration investigation fingered the ignition switch as the reason the front airbags didn’t deploy when 16-year-old Amber Marie Rose’s Cobalt veered off the road in Maryland and hit a tree. There have since been a dozen other crashes blamed on airbag failures related to the faulty ignition switches—many of them involving similarly young drivers. One of them took place just last year in Quebec, when the driver of a 2007 Cobalt was killed, GM said.

In late April 2006, a GM engineer finally authorized the supplier, Delphi, to change the design of the switch. However, the new part, though improved, still didn’t meet GM’s specifications. Nor was it given a new part number—a clear violation of GM’s policies. The revelations about the design change only came to light after a Florida engineer, hired by the family of the late Brooke Melton, a 29-year-old Georgia woman who died in a similar crash, determined that the ignition switch on the 2005 Cobalt she was driving was physically different from another one he had purchased, despite carrying the same part number, according to the New York Times. (Melton’s death is not included in the 13 fatalities related to the ignition-switch issue because it didn’t involve a head-on collision that would have triggered the airbags). Melton’s family ultimately settled with GM, but not before details about GM’s handling of the ignition-switch issue were revealed in depositions with employees.

Those revelations have led to accusations that GM deliberately tried to cover up serious safety problems by failing to voluntarily replace a 57-cent part—perhaps because Delphi was already operating under bankruptcy protection and GM, at the time losing billions every quarter, was trying to avoid a similar fate. If true, that could invalidate the legal protections GM was granted during its bankruptcy restructuring, opening the door to a flood of lawsuits. “They knew there was a defect and that they had a secret,” argues Harvey Strosberg, a partner at a Windsor law firm that recently launched a class action lawsuit against GM and GM Canada on behalf of affected vehicle owners. “They put drivers, passengers and the public at risk.”

Beyond the immediate crisis, the potential long-term damage to GM’s various car brands could be significant. In recent years, the company has worked hard to present itself as customer-focused carmaker that makes quality vehicles people can get excited about. Now consumers may think twice about buying a new Chevy Cruze lest it harbour a nasty surprise.

Barra has apologized unreservedly. She admitted that something went “very wrong” and has vowed to put in place policies and procedures to prevent similar lapses in the future. When it comes to compensating victims, GM has hired Washington attorney Kenneth Feinberg, who was previously put in charge of compensation programs for victims of 9/11, the BP Gulf of Mexico oil spill and the Boston Marathon bombings. “Clearly these companies have very elaborate systems for checking quality of parts,” says John Holmes, a professor at Queen’s who has studied the automotive manufacturing industry in North America. “But my sense is, in this case, this is a problem within the corporate structure of how they deal with those problems.”

Barra’s team has also opted to recall millions of other GM vehicles for unrelated issues with power steering and airbags, bringing the total number of recalls issued so far this year to nearly seven million. By doing so, GM wants to avoid repeating the missteps of Toyota. That automaker saw its once-unassailable reputation for quality badly damaged in 2009 and 2010 following three separate, but related, recalls of millions of vehicles due to sticky gas pedals, badly designed floor mats and brake issues—all of which contributed to a hair-raising phenomenon dubbed “sudden unintended acceleration.” Criticized by the Obama administration for dragging its feet on a major safety issue, Toyota was slapped with a US$1.2-billion fine earlier this year.

For all of her savvy moves, Barra has had awkward ones, too. Like when she told customers, via YouTube, that it’s still safe to drive cars with the faulty ignition switches “if you only have the key, or only the key on the ring.” In other words, she seemed to be saying, all that’s standing between drivers and a horrific accident is a colourful tchotchke and a couple of extra house keys dangling from the steering column. Not exactly a reassuring thought.

GM’s March sales were up four per cent in the U.S. and 7.8 per cent in Canada as car buyers returned to dealerships after a brutal winter. But GM may ultimately have a tougher time rebounding from this crisis than Toyota did. GM’s U.S. market share has slipped from 19.6 per cent in 2011 to 17.9 per cent, despite a flurry of new vehicle launches. Of particular concern is the performance of Chevy, the brand tapped to lead GM’s revival. Its share of the market has fallen to 12.5 per cent from 13.9 per cent over the past two years. (Chevy is also being pulled from Europe just two years after GM paid half a billion dollars for a seven-year deal to stick the bow-tie logo on the jerseys of the Manchester United football club.) “The problem Chevy has is that it’s still your father’s Chevrolet,” Wong says. “It’s not the car of a new generation.”

All that adds up to a colossal challenge for Barra and her team: managing an embarrassing and potentially criminal investigation while simultaneously whipping up excitement about new vehicles in a competitive market. “They’ve got to do all of that, but at the same time, they also have to apologize for cheating on you,” Wong says. “That’s hard to do.”

Still derided as “Government Motors” for its taxpayer bailout, there’s no guarantee consumers are willing to give GM, today’s or otherwise, yet another second chance.