Taxing high earners is harder than it looks: Quebec edition

Memo to the PQ: there aren't that many Quebecers in the top-income brackets 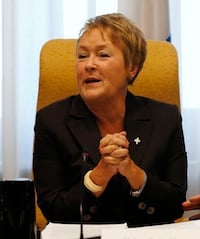 Imposing higher income tax rates on high earners is one thing; expecting the measure to produce large amounts of new revenue is something else entirely. There are two problems with the idea that increasing the tax rates for high earners is the same thing as generating significant new revenues:

One response to this is: “Don’t high earners already do their best to minimise their tax burden? Why would they change what they’ve already put in place?” The answer is that there are a myriad of options available to reduce taxes, each with their own costs. When tax rates are low, some measures are too costly to justify using. But as tax rates increase, the number of cost-effective tax-avoidance tactics increases.

Which brings us to the newly-elected Parti Québécois government’s plan to increase the income tax rates faced by high earners. Readers who are not overly math-averse can check out my long post on Worthwhile Canadian Initiative that works through the arithmetic of dynamic scoring as it applies to the PQ proposal. The basic point is that taking behavioural responses into account reduces estimates for revenues by about half of what you’d expect if you assumed that high earners would passively accept the new rates.

But the point I want to make here is the first one: there simply aren’t that many high-earning Quebecers, relative to the Canadian average:

Another way of looking at it is the share of total income going to high earners—this is a measure we’ve been seeing a lot of lately. Here are the income shares for federal tax files; for Quebec, I’ve added the numbers from the provincial tax files.

The share of income going to high earners in Quebec is smaller than the national average and has been increasing more slowly: see here for more, as well as a discussion of how language may explain some of the gap.

There simply aren’t that many high-earning Quebecers to tax. When coupled with the sort of tax-avoiding responses that can be expected of this subgroup, this means that there isn’t much in the way of extra revenue the PQ can extract from increasing tax rates at the top of the income distribution.