The economy in February: by the numbers

$27.36: the average hourly pay for unionized workers in Canada 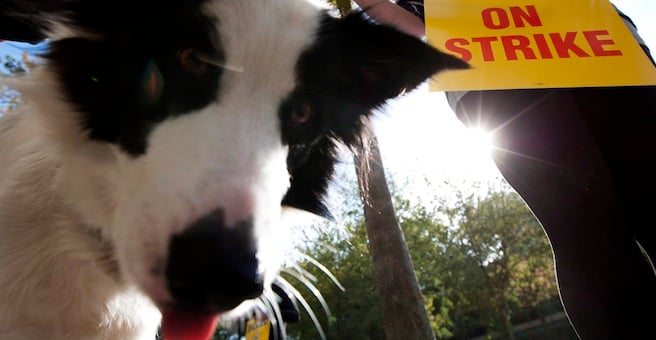 The average hourly wage for union workers in Canada, versus $22.25 for non- unionized employees, says a new report.

The amount gas prices have jumped in the last month in the U.S., put- ting a crimp in consumer spending.

The number of flights cancelled so far by All Nippon Airways due to the grounding of Boeing’s new 787 Dreamliner over battery troubles.

The record fine the Royal Bank of Scotland agreed to pay last week for its role in the LIBOR rate-fixing scandal.

The U.S. debt, which rose on the first day the legal debt ceiling limit was suspended.