The economy in March: signs of the times

Say hello to made-in-Slovenia Bentleys and goodbye to WindMobile 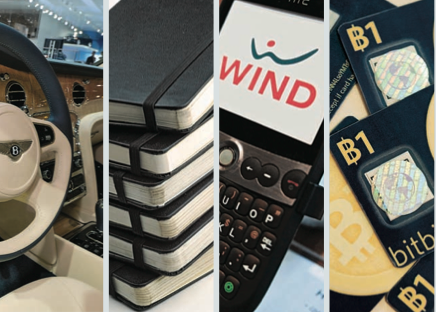 • Profits trump national allegiances in today’s auto industry. For the first time in its 94-year history, Bentley Motors is considering building cars outside Britain. But it insists that cars made at a Slovenia factory would retain their Britishness. Swedish carmaker Volvo (now owned by Geely), meanwhile, is set to open a plant in China this year, after reportedly winning government approval for its plan last week.

• Italy may be a basket case, but commerce continues: Moleskin, the paper and note-book company billed as the choice of Ernest Hemingway, is going forward with an initial public offering on the Italian Stock Exchange. The company is aiming for a $722-million valuation, with a stock price between $2.60 to $3.40. Shares of another Italian luxury brand, cashmere-maker Brunello Cucinelli, have risen 100 per cent since listing a year ago, the Financial Times reports.

• Canada’s WindMobile may be up for sale. Its Dutch parent company, VimpelCom Ltd., is reportedly accepting bids for the discount wireless upstart. Launched in 2009 after a government auction of wireless spectrum designed to boost competition, Wind has struggled to win significant market share from the big three Canadian telecoms: Rogers (which owns Maclean’s), Bell and Telus.

• Money-laundering rules in the U.S. will soon apply to virtual currencies, amid growing fears that online cash is being used for illicit purposes, reports the Wall Street Journal. The move will bring new reporting requirements for users of currencies such as Bitcoin. Retail spinoffs, like Amazon Coins, may also be affected.