The fantastic business of the future

The rapid pace of technological change has given rise to a new occupation: futurist. But in Canada, you can count them on one hand. 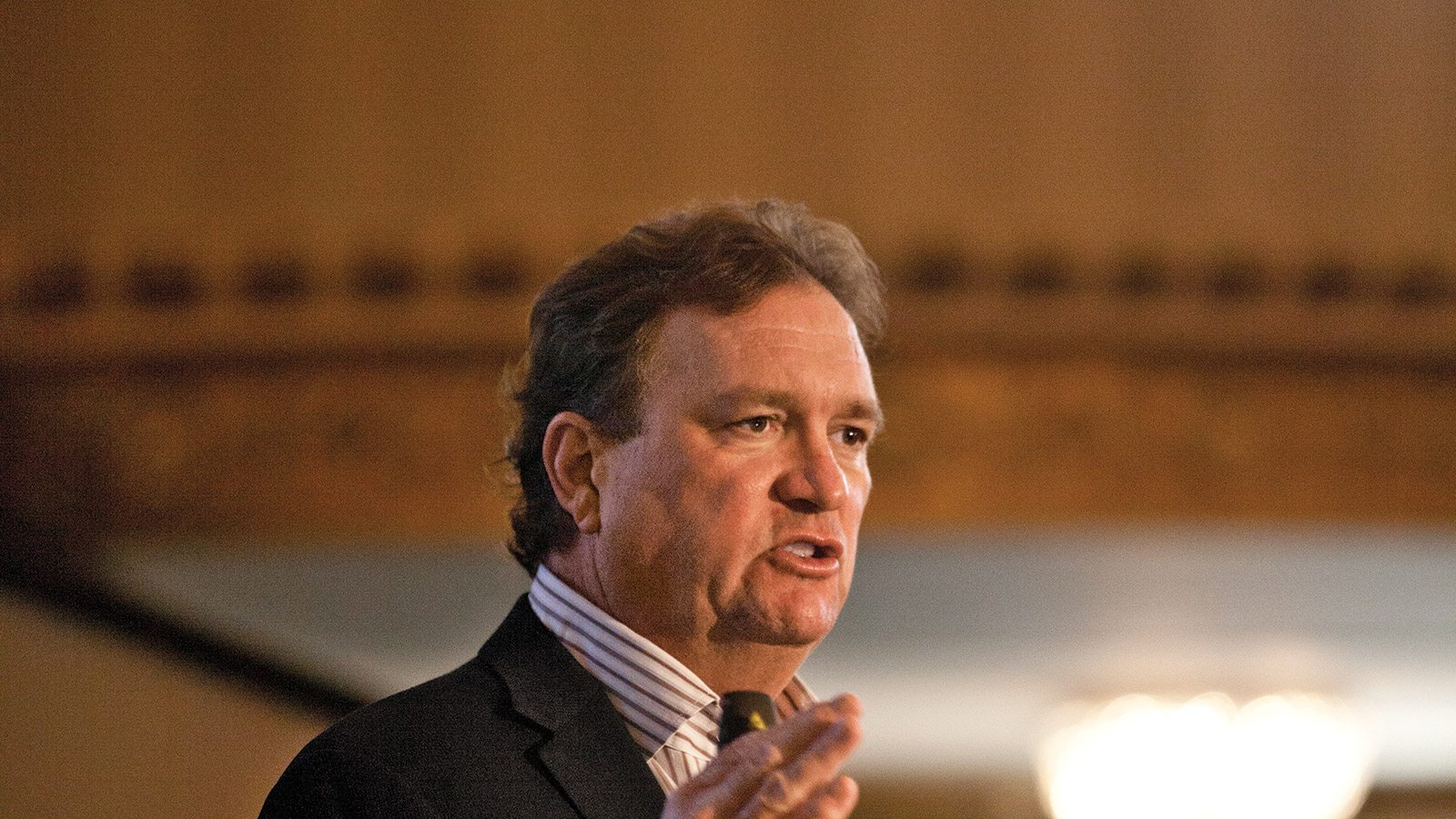 In 1999, three years before releasing his film adaptation of Philip K. Dick’s “The Minority Report,” Steven Spielberg invited two dozen thought leaders to spend a weekend in Santa Monica, Calif., thinking about the future. During the secretive summit, the director tasked his hand-picked think tank—Canadian author Douglas Coupland, innovator Peter Schwartz and a cast of the brightest minds in science, technology and media—with determining what the world might look like in 2054. Fifteen years later, the future they settled on, with its multi-touch interfaces and individualized advertising, is increasingly familiar.

Whether or not they would have condoned the label, those intellectuals were, at least for a weekend, futurists. For decades, professionals under the same umbrella have sold their consulting services—from half-hour TED Talk-style keynotes to six-month scenario-planning sessions—to companies concerned with the future of everything from technology and transportation to the environment and the economy. They’re also often asked what tomorrow’s jobs might look like, what skills will be most in demand and which industries will skyrocket or nosedive. Letting them run wild with a Tom Cruise thriller seems harmless enough, but should we listen to what futurists have to say about the future of employment?

Would we listen if they called themselves business analysts? That’s how Toronto-based futurist Richard Worzel advertised himself in 1989, when he hit the speaker circuit after releasing a book about entrepreneurship. In search of slightly more sex appeal, he told his agent he was going to adopt the futurist label. “That’s amazing,” his agent replied. “What’s a futurist?”

At the time, Worzel had no idea. Even today, there’s no universal definition. By Worzel’s account, a futurist studies the future in the same way a biologist studies biology. That is to say, he spends 40 hours a week researching, thinking and speaking about the future. “It’s not that I’m the smartest person in the room,” he says. “I just have a lot of time to think about it.”

Of the 30,000 or so members of the World Future Society, the largest association of future-interested folks, Worzel estimates 1,000 make their living in the field. Most work as internal consultants for large corporations; others, like Worzel, bounce between contracts. In Canada, he says, you can count the number of independent futurists on one hand.

“Canada doesn’t like futurists,” says Jim Carroll, a Nova Scotia-bred, Mississauga, Ont.-based futurist. Of the 50 events he does a year, more than nine out of 10 are in the U.S. “They hunger to understand how their industry is going to change, even though it might scare the hell out of them,” says Carroll, a former accountant who speaks on topics as far-reaching as the Central American cable industry and the future of water sprinklers. (For every 45-minute keynote speech, he spends up to 30 hours on research.) “Canadians react to the same message with, ‘He scared us and we didn’t like that.’ ”

That fear, coupled with an inherent aversion to change, often prevents companies from acting on the information futurists provide them. But how that information is presented, says Toronto-based design futurist Trevor Haldenby, may be the biggest roadblock. “Even when great futures work is done, the implementation step—where people actually start listening and make changes in their lives—almost always falls apart,” he says. “That’s usually because very few people doing futures work take an approach to communicating it that honours the humanity of their clients.”

Rather than inspiring staff or communities to change, futurists too often let their findings end up in the hands of a “single policy-maker curled up in his office, reading a white paper,” Haldenby says. “The last two generations don’t care about white papers. They like TV, video games, social media, tablets and phones. You’re sort of slapping them in the face when you say, ‘Here’s your future, and it’s double-spaced.’ ”

Haldenby’s four-year-old consultancy firm, the Mission Business, opts for creative, immersive game- and scenario-based futurism. Instead of discussing the future of social media, for example, he’ll simulate a situation in which a client is unexpectedly thrust into a social media management role. In 2012, rather than producing a report on the future of biotech, he co-created Zed.To, an eight-month narrative that simulated a biological epidemic through theatre, live events and transmedia storytelling.

“What Trevor’s done can more easily be read as entertainment than anything,” says futurist Greg Van Alstyne, an associate professor at Toronto’s OCAD University, where Haldenby earned his master’s in strategic foresight and innovation two years ago. “But the serious aspect of it is that it’s almost like a Trojan horse. Without us even knowing it, we start to have a really valuable conversation about what future we want together.”

Futurists deal in those conversations. They’ll be the first to tell you they can’t predict the future with any certainty; Worzel, for one, admits to dismissing sustainability as irrelevant when the concept first emerged. Their goal is instead to help us prepare for whatever that future might be. Should we listen to them? If one weekend spent thinking about the future spawned one of the most realistic sci-fi films ever made, perhaps lending our ears to someone who’s spent a lifetime studying the future can’t hurt.