What the American fast-food chain's signature burger says about food inflation and the Canada-U.S. price gap

By Aaron Hutchins and Amanda Shendruk May 12, 2015 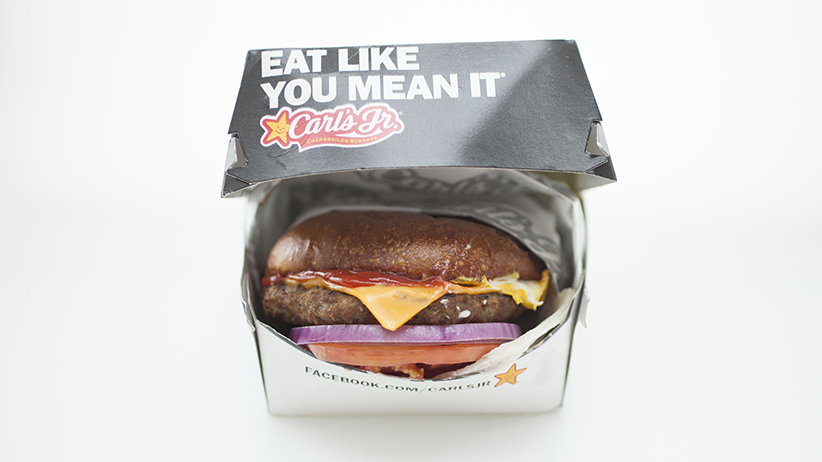 When the U.S. burger chain Carl’s Jr. introduced its “Six Dollar Burger” into the American market in 2001 it was a shrewd bit of marketing. The fast food joint’s signature burger—charbroiled Angus beef, American cheese, lettuce, tomato, red onions, pickles, mustard, mayonnaise and ketchup, served on a fresh baked bun—was worth six bucks, it advertised, but Carl’s Jr. was willing to sell it for only US$3.95.

With hyper-sexualized commercials featuring the likes Paris Hilton, Carl’s Jr. saw new life return to the 74-year-old franchise. Its popularity eventually spilled over the border into Canada in 2011, when the chain opened its first location in Kelowna, B.C. Ontario is now getting a taste of Carl’s Jr. with its parent company, CKE Restaurants, planning to open 30 locations across the Greater Toronto Area and southern Ontario within the next six years. So far four have opened their doors, including two in Toronto that debuted last month.

But, as cross-border burger-lovers have learned, the burger’s cheeky name doesn’t apply up in Canada. “The Original Six Dollar burger costs $7.49 here—which seems like some cruel joke,” wrote a BlogTO restaurant reviewer.

It was bound to happen. Even if one ignored the Canadian dollar’s struggles next to the greenback, food has simply been getting more expensive. In Canada, for example, the price of beef has increased by more than 60 per cent since 2001, according to Statistics Canada’s average retail price tables. Cheese is 35 per cent pricier. Buns have gotten twice as expensive over the last 14 years, while tomatoes and lettuce have also seen their cost go up by about 20 per cent. You can only fight inflation for so long.

Even in the U.S. the company will face a rebranding problem before long, too. While an “Original Six Dollar Burger Thickburger,” as it is currently known, can still be had at a discount price of around US$5 in the States, the average price of a Big Mac at McDonald’s across America is US$4.79, putting a serious dent in the idea that $6 is a premium burger anymore.

But the bigger risk for the chain is whether more Canadians will be miffed by the burger price gap. Canadian shoppers have shown they have certain expectations for pricing from American franchises. It’s why Canadians still complain when retailers charge more than $1 for Arizona Iced Tea—it says 99-cents right on the oversized can.

And then there’s Target. Canadian cross-border shoppers were looking forward to the same low prices they got in the U.S., but without the need for a long road trip. Instead, sticker shock was one of several hiccups that put a bullseye on the retail giant’s reputation with consumers.