If anything, underemployment is the issue a new report shows

A new report (opens a PDF) from the Certified General Accountants Association of Canada sheds further light on why we shouldn’t really be pitying the youth. (For Stephen Gordon’s take on this, see here.)

Workers ages 15-24 (formally “the youth” for statisticians and economists) had an easier time during the latest recession than they did in the previous two. At roughly 15 per cent, the peak unemployment rate for youth in 2008-2009 was considerably lower than the levels seen in 1990 and 1981-82, which stood at over 17 and 19 per cent respesctively. (Don’t be shocked that the youth unemployment rate is so much higher among youth than older demographics, that’s normal in developed economies.) 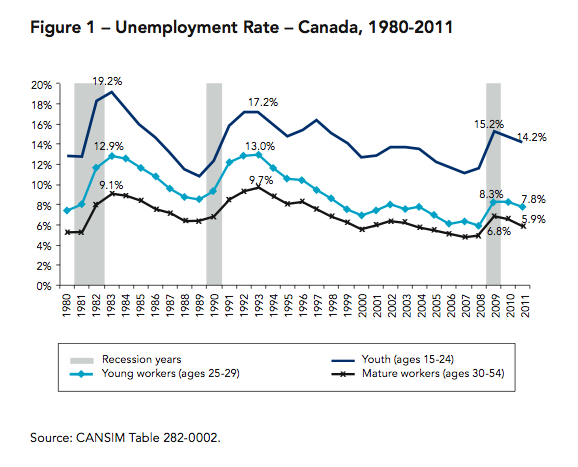 Besides,  spells of unemployment for those ages 15-24 tend to last much less than for older workers. This, as the chart below shows, is a historical trend but it continues to hold true: 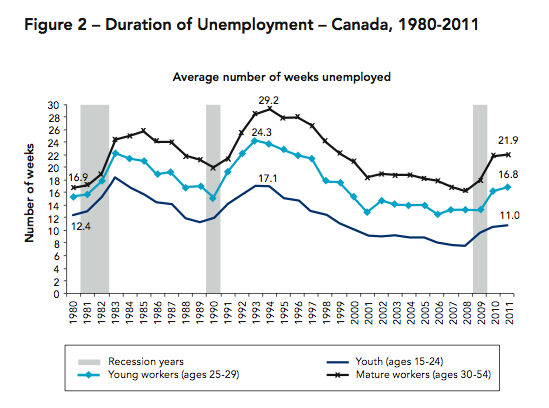 And the youngest workers are doing remarkably well in the recovery in terms of wages, too.  Youth seized some 18,800 high-quality jobs between October 2009 and October 2011, according to the report: 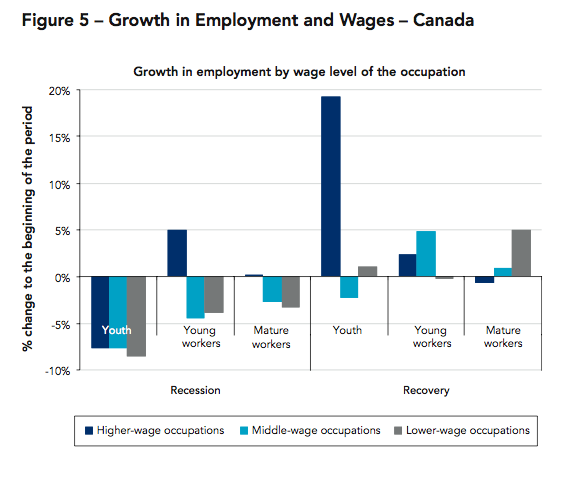 CGA also debunks the myth that struggling boomers are crowding out the youth labour market by taking up jobs that typically employ teens and those in their early twenties. Last year, the youth unemployment rate in these types of occupations was lower than the historical average. At the same time, professions that saw an influx of older workers did not see a corresponding rise in youth unemployment, leading the report’s authors to conclude that: “what may seem to be an assertive expansion of the older workers’ presence in the labour market is, in fact, a mere reflection of demographic changes.”

If anything, the real issue for Canadians entering the labour market today is underemployment. Although education levels among those ages 15 to 24 have steadily improved in the past decade, the rate of youth employed in low-skilled jobs has been holding steady: 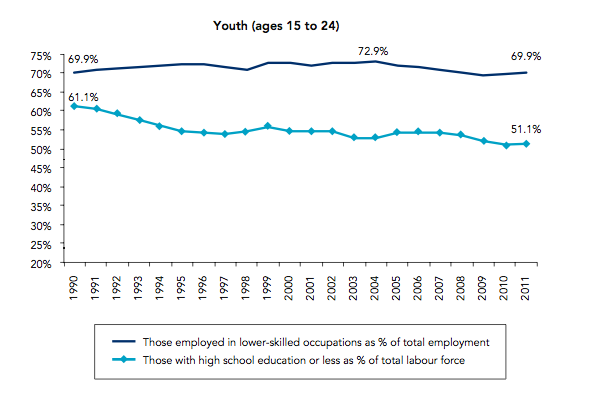 But, far from being a “youth problem,” underemployment seems to be a pretty generalized issue that afflicts all age groups to roughly the same extent. 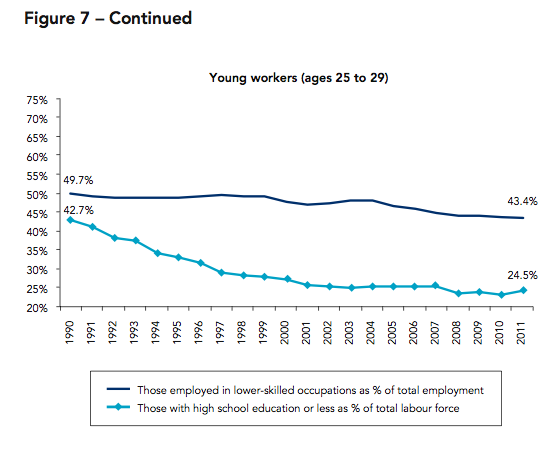 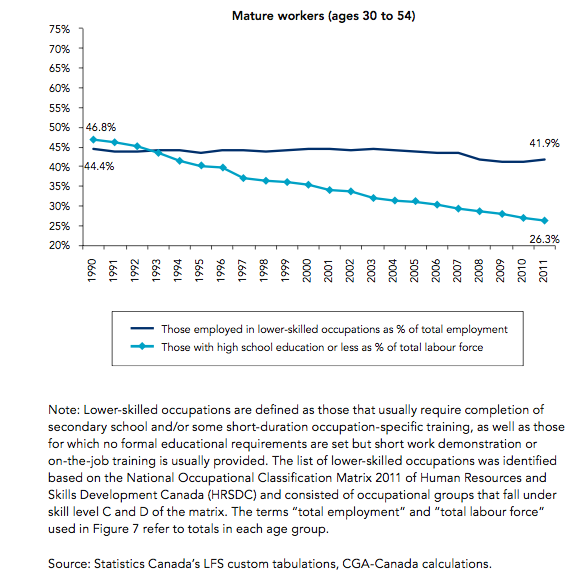