Time to have a plan for the next commodities bust 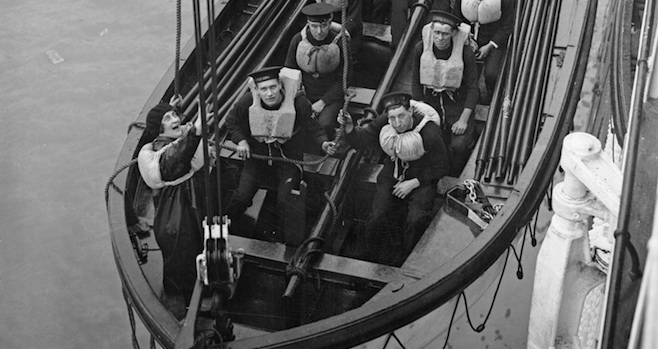 Andrew Hepburn is a former hedge fund researcher. He writes on commodities, the stock market and the financial industry – but without the jargon. Follow Andrew @hepburn_andrew

The global financial crisis created its fair share of villains. But it also produced a few superstars, those who saw the crash coming, bet accordingly and made a fortune.

People like Michael Burry, David Einhorn, and Canada’s own Prem Watsa saw their material and reputational worth skyrocket as a result of immensely contrarian investment decisions they made linked to the credit crisis.

It’s the summer of 2008. Oil prices are soaring, eventually touching $147 per barrel. Some forecasts predict a continued surge in prices to $200. For oil-producing countries, times are beyond good.

Enter Carstens, minister of finance for Mexico, a major oil producer. As the price of oil remains high even as the global economy deteriorated, he decides that Mexico’s state oil company, PEMEX, should protect itself against the possibility of collapsing energy prices.

So around late August, PEMEX starts buying put options* on its 2009 oil exports. (*Put options are financial insurance contracts. In exchange for a premium, it gives the buyer the right to sell something at a future date at a given price.)

The credit crisis eventually sends crude prices diving, but Mexico has locked in an average price of $70 per barrel for 2009. The options cost $1.5 billion. They produce a windfall of $5 billion.

Why am I telling you what Mexico did in 2008? Because there’s a lesson here for Canada.

Like Mexico, Canada’s economy is heavily dependent on strong commodity prices. Now, after a sharp but short-lived collapse during the financial crisis, resource markets have rebounded strongly. We have benefited enormously, as everything from oil to copper to wheat has soared in value. Investment dollars have flowed to Alberta’s oil sands, farmers have reaped the rewards of high crop prices and the resource-laden Toronto Stock Exchange has risen sharply from its 2009 lows.

According to research (link opens a PDF) by TD Economics:

“The contribution from increased exports of Canadian oil and investment in machinery and equipment and infrastructure in the Canadian oil sands alone accounted for a third of the economic growth experienced in 2010 and 2011.”

Much like in 2008, times are good. And just as then there are signs that current prices are not sustainable.

As I discussed in a previous article for Maclean’s, the BRIC countries (Brazil, Russia, India, and China) are slowing. These countries consume a lot of resources so their slowdown means lower demand and lower prices for our resource exports. It will also likely cause speculators who are betting on high prices to flee, which could send commodities even lower. Put another way, the commodity bubble is destined to burst.

People will be surprised when commodity prices tank, but they shouldn’t be. The sector is notoriously cyclical. Busts follow booms like night follows day. And as Jason Kirby at Maclean’s pointed out last year, Canada is now right where it was when previous commodities booms have gone bust.

There’s obviously a key difference between Mexico and Canada when it comes to commodities: Mexico’s oil output is controlled by the state, whereas Canada’s production is owned by the private sector. So for Canada the link between commodity prices and government revenues is not as direct as it is for its NAFTA partner.

This isn’t a good reason for sitting around waiting for a bust, though. A weak commodities market would still affect the public sector in numerous ways. Government revenues would shrink as royalties tied to resource prices decline. Alberta is particularly vulnerable here: For every $1 drop in the price of oil, the drop in government revenues is an estimated $223 million. And other provinces like Newfoundland, Saskatchewan and Quebec would also suffer. The federal government would lose out significantly too, as everything from corporate to capital gains tax receipts fall.

A bust would also harm the wider economy: Investment in new oil, metals and farm projects would be curtailed, leading to more unemployment, less consumer spending and ultimately greater budget deficits. The TSX would be hit hard: Over 40 per cent of the benchmark index is tied to energy and materials companies. And that would mean major trouble for Canadians’ RRSPs.

On the face of it, the notion that governments, federal or provincial, should be trading commodities may seem ludicrous. But when you’ve enjoyed the fruits of a long boom in a notoriously cyclical sector, it pays to prepare for harder times.

In an ideal world, Canadian governments would have put aside much of the revenue related to the commodity boom into what are known as savings and resource stabilization funds, which help shelter government revenues from the effects of price volatility. A related response would have been to impose higher royalties on commodity producers (of course, raising them too much would discourage investment, but I suspect provinces are leaving money on the table right now).At this point, though, that might be too little too late. The commodity bust is on our doorstep.

So that leaves one option.

We can hedge the commodity price risk, just like Mexico did just before the 2009 bust. Ecuador, Texas, Algeria, and Louisiana have also done this. Even the IMF endorsed the idea back in 2001.

So why hasn’t our government bought insurance on commodity prices? The answer might be that hedging is more risky politically than it is financially. As the Alaskan Department of Revenue, which explored the idea in 2002, noted:

“If a programme succeeded, it is unlikely the policymakers who took the initiative to create the programme would be rewarded with public congratulation… On the other hand, if the state lost significant sums… the conventional wisdom is that public criticism would be harsh.”

Another impediment to hedging commodities prices is that governments generally struggle to think outside the box, which makes them bad players in the financial markets. At the moment, the conventional wisdom is that Canada’s abundant resources will continue to be in great demand by the likes of China and India. Prices, it is assumed, are in some sort of super-cycle. Even the Bank of Canada seems to have adopted this view. Governor Mark Carney spoke last year of a paradigm shift in commodity markets that would lead to sustained high prices. Who knows, he might be right, but this sort of talk sounds awfully familiar to the “new era” proclamations of bubbles gone by. And when you consider how much Canada has been rewarded by the latest commodities boom, the logic to hedge seems compelling.

Finally, there’s the classical devil-in-the-details issue: How much should a country hedge? What part of the government should do the trading? And with what financial instruments? The list goes on.

Still, avoiding the next face-first dip on the commodities’ roller coaster might well be worth the trouble of figuring out a viable way in which Canada could hedge. At least one of our government officials seems to understand this: Alberta Finance Minister Doug Horner said earlier this year he’d like the province to explore that idea. Hopefully, others are thinking along the same lines.