The U.S. economy expanded at an annual rate of two per cent from July through September, compared with 1.3 per cent growth in the previous three-month period, the U.S. Department of Commerce said this morning. That was in line with the higher end of the spectrum of expectations analysts had provided in the run-up to the Oct. 26 release, which ranged from 1.5 per cent to two per cent.

On the face of it,  the GDP figure, the second-to-last major economic indicator to come out before the Nov. 6 election (the last one will be the October jobs report, on Nov. 2), might seem likely mildly good news for the Obama administration. But two per cent is still too slow to put a significant dent in unemployment, and a look at the details reveals there’s very little cause for celebration.

What “saved” the day, in fact, is a freakish surge in federal government spending, which rose 9.6 per cent from a 0.2 per cent decrease in the previous quarter. The other factor propelling growth was consumer spending, which has largely fueled the recovery since the beginning of 2010. But with personal savings rates dipping again, it’s anyone’s guess how much longer American wallets can keep this up. 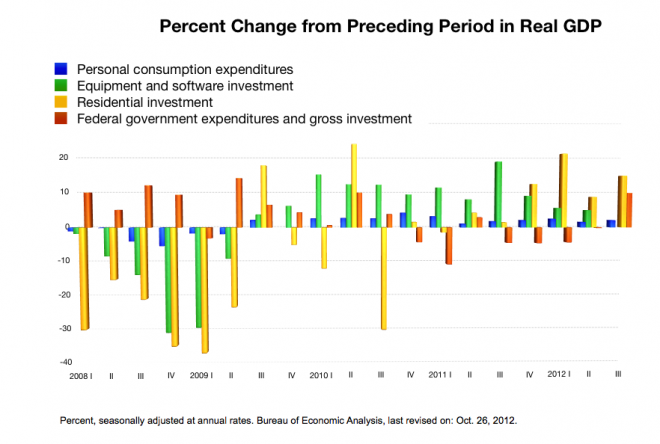 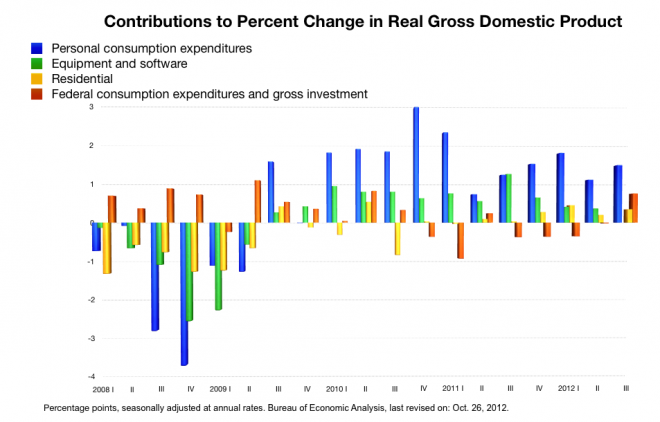 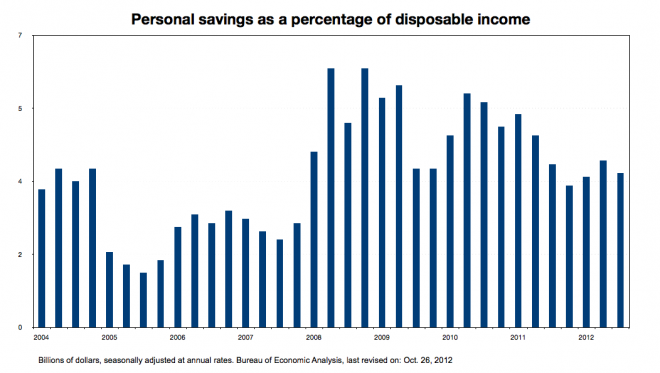 Meanwhile, more healthy indicators of growth delivered disappointing results. Business purchases of equipment and software, which had contributed a decent share to GDP  up until earlier this year, were little changed from the previous quarter. That has likely much to do with the looming fiscal cliff—which is hurting Canadian business as well—as uncertainty over taxes and fiscal policy is keeping American businesses from investing and hiring.

Similarly, exports fell 1.6 per cent, after growing 5.3 per cent in the previous quarter, a sign of weak demand from recession-stricken Europe and slowing China.

The one bright spot of the release was the housing market, where residential investment increased 14.4 per cent, compared with 8.5 per cent growth in the previous three months.