How much you pay at the pump is determined more by politics than supply and demand, writes Atif Kubursi 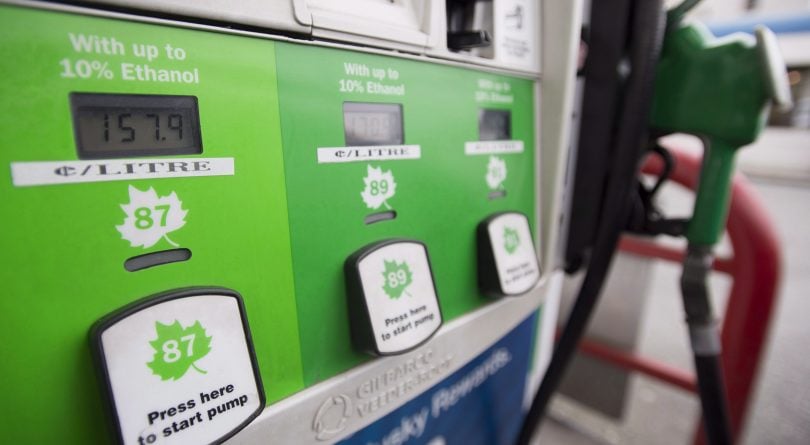 A gas pump is pictured in Vancouver, B.C., Monday, April 30, 2018. Fuel prices in some parts of the lower mainland have reached a all time North American high with prices expected to exceed $1.65 by the May on long weekend. THE CANADIAN PRESS/Jonathan Hayward

Atif Kubursi is professor emeritus of economics at McMaster University.

Regulation and taxation of the oil industry is a matter of political policy. Regulation of oil flows, as all other economic flows among nations, is viewed by all governments as a political function.

The subject as a whole is not about the economics of oil. Rather, and more accurately, it is the political economy of oil.

Price has little to do with supply & demand

In a more general sense, oil prices, unlike the price of potatoes or other commodities, are not determined by the supply and demand of physical oil; every barrel of physical oil is now traded nine to 12 times on future markets.

Speculators play a crucial role in overshooting price responses, downwards or upwards. Selling short oil is profitable when its price is falling, and this can create an avalanche of sales that push prices far below their fundamental value. This is also true in the event that oil prices start to rise. Forward buying can push prices higher than where they’ll eventually settle.

The demand for oil is known as what’s called price inelastic — it has limited substitutes, if any. Oil quantities aren’t responsive to price changes; a lower price does not create large increases in quantity demanded.

But small changes in supply are almost exclusively reflected in price changes, so much so that a decrease in supply of only 200,000 barrels daily increases prices by about $10 per barrel.

Oil is also the major transportation fuel and probably one of the most critical and indispensable raw materials of the contemporary industrial civilization.

It is now the largest single component of international trade, the world’s primary source of commercial energy, the mainstay of industry, the lifeblood of transport and often the cause of war.

While oil is versatile and its uses are pervasive, its consumption and production are concentrated in few areas and few hands.

On the demand side, we have primarily the large industrial economies of the West, particularly its most dynamic segments of Western Europe, and more recently China and India, as primarily oil-consuming nations. Their domestic energy capacities are falling behind their consumption needs, thereby requiring them to import the balance.

Alternatively, on the supply side we have a small group of developing countries, predominately Middle Eastern, that produce and export almost all of their production primarily to Western Europe, Japan, China and the United States.

Production, exploration and particularly refining and distribution are dominated, even in the oil-exporting countries, by seven large, fully integrated multinational corporations flying the flags of primarily two countries (five of them American and two European) that only too recently colonized or monopolized the production of oil.

As abundant as oil is in the Middle East, it is also cheap and supplied irregularly with a wide margin of fluctuation brought about principally by political instability and, often, crisis situations; crises that involve either the threat or actual disruption of supply.

Oil is an inventory stored at zero cost. It’s exhaustible and non-renewable. It takes thousands of years to replenish any decrease in supply. Its production costs vary across countries.

Saudi Arabia has the lowest oil production costs in the world thanks to three advantages: Abundant pools of oil close to the surface and the sea, public ownership and no taxes on production.

Because of that, it can make money in almost any oil price environment. This state of affairs is the prize that the United States has long coveted, and vied with other countries to claim.

The cost is also low in Iran and Iraq ($10), but higher than $19 in Russia and $23.33 in the U.S. There isn’t one generally acceptable estimate of these costs. More recent estimates put the cost of production per barrel to exceed $60 dollars in the United States.

In 2013, oil prices (Western Texas Intermediate (WTI), the benchmark price of oil) exceeded US$133 per barrel, but dropped to below $20 in 2016.. If that price had been maintained for any long period, few oil-producing countries could afford to produce oil.

Some believed that Saudi Arabia was ramping up production with the view to eliminate high-cost producers, especially the American fracking industry.

Others felt that the Saudis would not have dared to allow the price to drop to that level without the approval of the U.S., which was aiming to constrain the economic fortunes of geopolitical foes Russia, Venezuela and Iran, countries in which oil revenues represent sizeable portions of their GDPs and total exports.

The recent increase in oil prices to over $70 a barrel from less than $20 a barrel a year ago reflects the dire need of oil-producing countries to fetch a price that balances their current budgets.

Even a country like Saudi Arabia still needs a price of over $100 per barrel to balance its budget, and so does Russia. It seems there’s an implicit contract and a tacit agreement among Russia, Saudi Arabia and the U.S., each for different reasons, to shore oil prices to the current levels.

The price that would most likely stick will hover between the U.S. high cost of production of shale oil of over $60, and the break-even price of $100 that balances the fiscal needs of Russia and Saudi Arabia.

Given the new excess capacity to produce oil in the United States, the price will likely be closer to the American target price of more than $60 a barrel.

The U.S., indeed, is now the swing producer due to American production growing dramatically over the last decade. That’s the role Saudi Arabia played in the past.

Oh, and as an aside: If Iraq produced and exported those aforementioned potatoes instead of oil, there wouldn’t have been either a first or second Gulf War.

As for prices at the pump? They all depend on politics.

FILED UNDER: gas prices The Conversation