A lot, but it's worth it, says Louisiana study 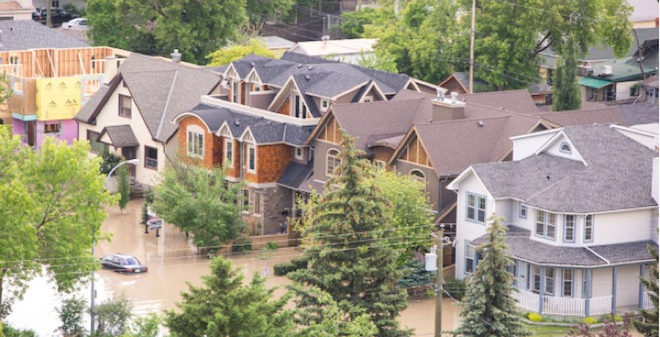 Just as Canada struggles with the question of whether or not and to what extent climate change contributed to the flooding in Alberta, the RAND Corporation, a U.S. non-profit, has come out with a study on how much it’ll cost to protect Louisiana from the next super-storm and rising sea water levels.

The total bill is enough to make anyone gulp: $50 billion over 50 years. You heard that right. One billion bucks a year.

But that number sounds a lot more reasonable when you look at the alternative: The cost of doing nothing. According to RAND, which advised the Louisiana government on the matter, the tab in expected damage from weather events would be between $7 billion and $21 billion per year five decades from now. In 2012 it was $2 billion.

The lower end of the estimate reflects RAND’s most optimistic scenario, the higher end the gloomiest one. The $50 billion plan wouldn’t entirely prevent damage from storms and flooding but would limit it to about $3-5 billion a year in the early 2060s, according to the non-profit’s calculations. It seems a good deal—and an even better idea when you consider that the mere cost of relief for Hurricane Sandy, which hit the East Coast late last year, was a whopping $60 billion. The combined damage of Hurricanes Katrina and Rita in 2005 and Gustav and Ike in 2008 comes down to about $150 billion throughout the Gulf Coast region.

RAND helped the state of Louisiana decide how much to spend and what kinds of projects by providing a set of forecasts of future weather damage and a mathematical model to calculate the expected savings (among other consequences) of various preventive actions such as building levees, elevating buildings and infrastructure or restoring island barriers.

Current projections suggest that the rate of sea-level rise will continue to increase because of warm- ing oceans and melting glaciers, leading to sea levels from 8 inches to as much as 4–6 feet higher than 1990 levels by 2100.3 Such increases, when combined with coastal tides and storm surge, will likely dramatically increase the risk of floods to coastal residents and property. And warming sea surface temperatures and changing climate patterns could also either intensify future tropical storms and hurricanes or make large and powerful hurricanes more common.

The non-profit’s analysis must have been pretty convincing because the Louisiana legislature—no tree-hugger hangout—passed the climate change mitigation plan unanimously in May of last year.

That doesn’t necessarily tell us much about whether and to what degree climate change contributed to the flooding in Alberta. But it does seem to indicate that sorting out that question and reaching an evidence-based consensus on it is the first step in figuring out what, where and how to rebuild.