What it takes to grow Canada's national nest egg

As head of the massive Canada Pension Plan Investment Board, Mark Wiseman is having to take bigger bets and bigger risks to ensure the pension fund keeps growing 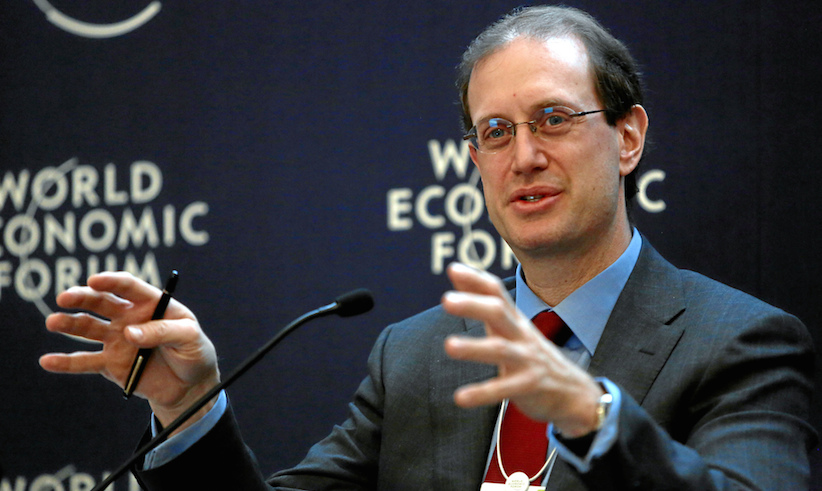 It’s funny what people will ask you for when you have money. Recently, a Canadian municipality approached the Canada Pension Plan Investment Board (CPPIB) with a proposal to go in together on a new sidewalk. Mark Wiseman, chief executive officer of the Toronto-based CPPIB, declined. The only sidewalk that would interest Wiseman would be one linking Halifax to Vancouver. “We need scale,” he says. “We are looking to deploy $500 million to $1 billion minimum per project.”

The table of journalists assembled around Wiseman at a hotel in India’s financial capital of Mumbai this week sniggered. How naive of those poor townsfolk to think a fund with assets of more than $268 billion might be interested in paving walking paths. But surely it was worth a try—Wiseman has grown progressively bolder over his three years as the person responsible for multiplying the value of Canadians’ mandatory pension contributions. Long gone are the days when that money would be invested primarily in ultra-secure government bonds. Earlier this year, Wiseman spent the equivalent of about $287 million to buy 18 per cent of a company that owns the distribution rights of thousands of movies and television shows, including The Walking Dead and the Twilight films. If it’s ok to bet the nation’s nest egg on the lasting popularity of zombies and vampires, then why not sidewalks, too?

Welcome to the whacky new world of pension investing. The CPPIB is unique, if not special. In the United States, the social security program is backed entirely by U.S. treasury bonds. Those are the safest investments on the planet—and these days, they pay very little money. America currently can borrow for 10 years at 2 per cent interest. That’s nowhere near enough to stay ahead of an aging society’s demand for its promised retirement benefits. The trustees that oversee social security predict the fund that backs the U.S. national pension system will run out of money in 2034.

The CPPIB, on the other hand, owns almost no bonds. For a decade, its leaders have put a greater emphasis on returns, stretching old definitions of acceptable risk. For seven years, central banks, led by the U.S. Federal Reserve, have gone out of their way to keep interest rates low. Those policies helped avert a repeat of the Great Depression, although they so far have failed to restore the global economy to its pre-crisis vigour. Low-for-longer-and-longer official interest rates also have been terrible for savers, at least those who don’t have a stomach for the volatility of equity markets. “Government bonds these days are a tough place to be,” Wiseman says. “It has served us well not to have a large [bond] portfolio.”

The CPPIB is making a name for itself abroad. The Financial Times, perhaps the world’s most influential business publication, took note of Wiseman’s visit to Mumbai to officially open the fund’s sixth office outside of Canada. (Hong Kong, London, Luxembourg, New York and Sao Paulo are the others.) Wiseman, a lawyer and former merchant banker who joined the investment board in 2005, also is building an impressive track record as investor. The CPPIB earned a return of more than 18 per cent in its last fiscal year, better than the iconic American investor Warren Buffett’s Berkshire Hathaway. In fact, over the last decade the CPPIB’s assets under management have grown faster than both Berkshire’s total assets and share price.

In 2011, Canada’s pension fund manager invested in a relatively obscure Chinese e-commerce company called Alibaba. It did so again in 2012, and then pushed its total investment to US$314.5 million by purchasing shares when Alibaba Group Holding Ltd. completed the richest initial public offering in history in September 2014. The value of the company’s shares have tumbled since, as traders question the strength of China’s economy. Still, Alibaba’s shares are worth nearly US$200 billion, more than Wal-Mart Stores Inc. Wiseman says CPPIB’s wager on Alibaba has earned it more than $1 billion.

There aren’t that many Alibaba’s, unfortunately. Asked it if it is getting more difficult to find good, rewarding-but-not-too-risky uses for Canada Pension Plan (CPP) contributions, Wiseman answers with one word: “Yes.” At its current growth rate, the CPP fund will be worth more than $500 billion by 2030.

The bigger it gets, the more money its managers have to deploy to keep it growing. A favourite is infrastructure, such as Wiseman’s joint purchase of a 33 per cent stake in a British ports operator earlier this year. Real-estate also suits. These types of investments offer predictable, better-than-bonds returns well into the future. “We define a quarter as 25 years, not 90 days,” Wiseman says.

But real-estate is expensive, another byproduct of ultra-low interest rates. And suitable infrastructure opportunities are in limited supply. There is great need around the world for ports, bridges and roads. But Wiseman’s tolerance for risk has its limits. He will pay a premium for an existing toll road that is is popular with drivers; he has little interest in financing the construction of a highway that could end up empty, assuming it receives all the permits it needs to get built in the first place. There currently is more capital seeking proven infrastructure than exists on the market.

On the day Wiseman announced the opening of CPPIB’s office in Mumbai, the local business press reported that Blackstone Group LP, a big American private-equity firm, was scouting for assets related to cement and consumer lending, and that Australia’s Macquarie Group Ltd. was real-estate shopping. Continuing to beat Buffett will require Wiseman to accept yet more risk, or at least spend more money. The price of the assets he covets are being driven higher.

Wiseman insists he will avoid bidding wars. “We tend not to compete in auctions because we never win,” he says. But he’s not going to get into the business of financing sidewalks, either. “It’s forcing us to get more creative,” he says. That’s why CPPIB is setting up shop in India, an economy that currently is about the same size as Canada—albeit with 1.2 billion more people—but one that is projected to become the world’s third-largest after the U.S. and China.

Having men and women on the ground in Hong Kong led to the Alibaba investment. Spreading out around the world is key to Wiseman’s growth strategy, and ultimately, the ability of the CPP to cover the future retirement demands of Canadians. “When we come ashore, we burn the boats,” Wiseman told members of a Canada-india business group while in Mumbai. “We aren’t going back.”