Everyone wants to be like Gretzky and skate to where the puck is going. Good luck with that. 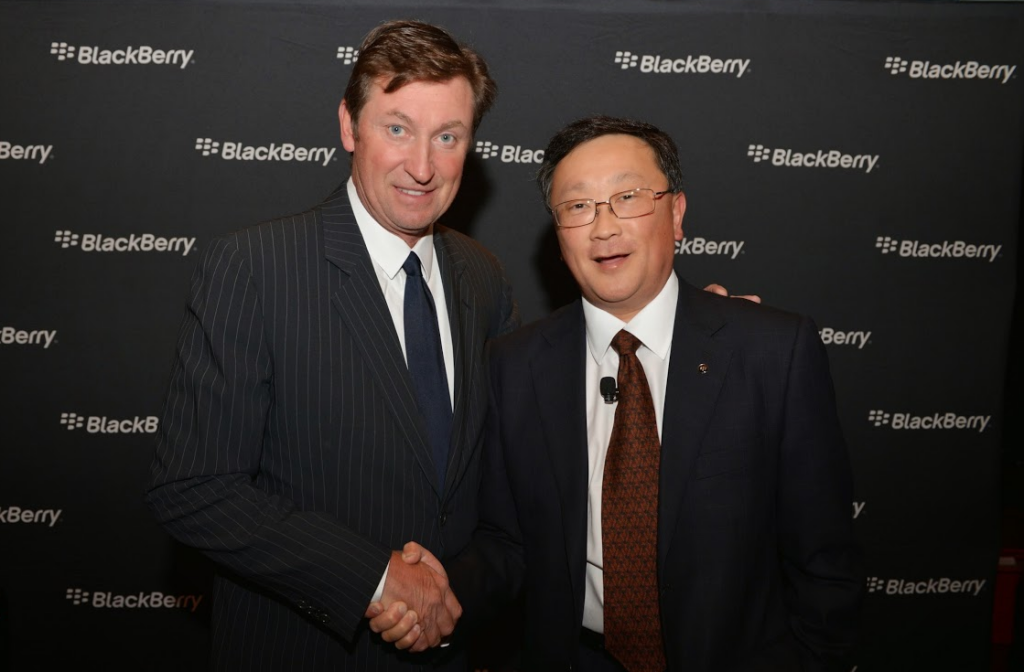 In an annals of overused corporate clichés, few match the immortal words of Walter Gretzky, as passed on to the world through his son Wayne: “Skate to where the puck is going, not where it has been.”

The Gretzky puck quote has been used, rehashed and mangled by CEOs, managers, corporate consultants and M.B.A.s for years. It’s launched a hundred million PowerPoint presentations. And it keeps going strong.

In debuting its new Passport phone on Wednesday, BlackBerry took things up a notch by actually having Gretzky there at the launch to recite it (though even he bungled it at first, saying, “As my dad always said, ‘Go to where the puck is,’ ” before correcting himself).

To get a sense of its rising popularity, this trend chart from Infomart, the news database, illustrates the increase in the number of stories in which the phrase “Where the puck” and the word “company” appear: 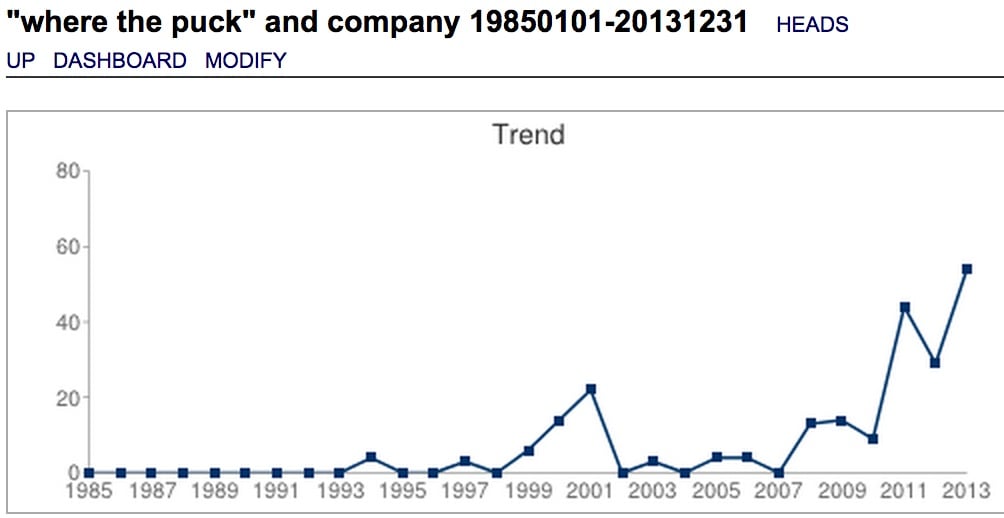 Here is just a small sample of some of the quote’s more prominent appearances in business:

Steve Jobs: “There’s an old Wayne Gretzky quote that I love. I skate to where the puck is going to be, not to where it has been. And we’ve always tried to do that at Apple.” (You can listen to him say it here, in the first 10 seconds of a tribute video Apple put together upon Jobs’s death, which is no doubt behind the spike in the above chart in 2011.)

Warren Buffett on stock market pessimists in 2008: “In waiting for the comfort of good news, they are ignoring Wayne Gretzky’s advice: ‘I skate to where the puck is going to be, not to where it has been.’ “

John Roth, former CEO of Nortel in 2001: “So we’re looking at this and saying, ‘When the customers have money again, when will that be and which products do we have to have?’ making sure we go to where the puck is going to be.”

That last one is a particularly useful reminder of the hollowness of so much corporate speak. Nortel didn’t just miss where the puck was or was going to be, it found itself stuck at home, waiting for someone to give it a lift to the rink.

Business has a long history of sports metaphors, but this one is unique in the sense that it’s Canadian and stems from hockey, not baseball (“Keep your eye on the ball”) or football (“They dropped the ball”).

Its popularity has much to do with the ego of businesspeople who think they’re the Gretzkys of their industry. But, more than that, it appeals, in a way no other sports cliché does, to the current obsession with that other insidious buzzword, innovation. Get ahead of the competition by figuring out what the market will look like five years from now, says the management consultant to the client, while handing him a substantial bill. It’s that simple.

Of course, it’s not. Gretzky’s uncanny ability to read plays has never been matched. The hockey world has yet to produce another player capable of coming close to matching his record. Which makes the adoption of his quote by businesspeople all the more empty and galling. Warren Buffett can get away with it. Maybe Steve Jobs. But that’s it.

The best thing everyone else should do is stick to baseball quotes.