Why legal pot was taking a hit in Canada, weeks before COVID-19 sent markets plunging

The gains cannabis companies were banking on in the lead-up to legalization of recreational sales in October 2018 have not materialized. So, what went sideways? 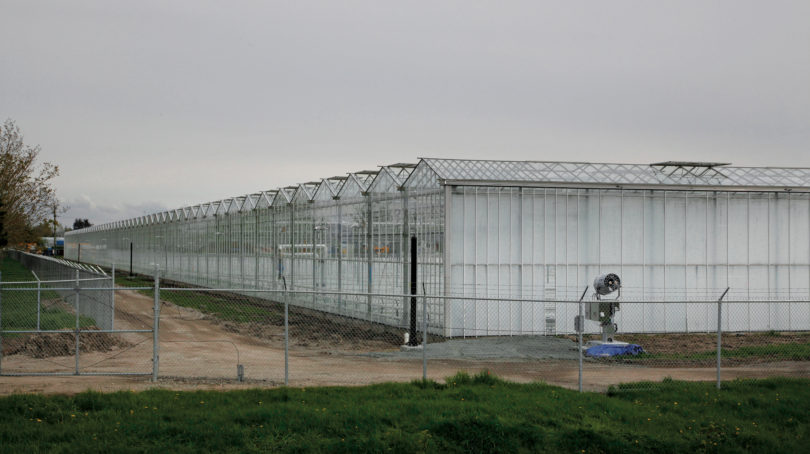 BC Tweed Joint Venture on the outskirts of Vancouver, B.C., in Delta and Aldergrove, B.C. (Jen Osborne/Redux)

In February, weeks before COVID-19 was declared a pandemic and the stock market was sent into a tailspin, a handful of Canada’s largest cannabis companies were already in layoff mode. In B.C., Canopy Growth was preparing to shutter what was once the world’s largest licensed indoor growing operation, a sprawling 12-hectare greenhouse facility in Aldergrove, along with a smaller one in nearby Delta. The early March closures eliminated 500 jobs. A month earlier, Alberta-based Aurora Cannabis Inc. laid off 500 employees and announced the immediate departure of CEO Terry Booth.

Gone were the heady days of 2018 when the legalization of recreational pot was on the horizon, and cannabis companies were so flush with cash that Canopy Growth chartered planes to fly seedlings from Ontario to B.C. and proudly invited media to watch the deliveries. Freelance photographer Jen Osborne witnessed one of the arrivals and toured the massive Aldergrove greenhouse (one of her photos appeared in Maclean’s). “It wasn’t the look that shocked me, it was the heat and the vibe; a mix of people in suits and underground hippies,” she says. Alongside farmhands tending crops was a film crew capturing videos of pot celebrities promoting the brand. “They were talking about how cool it all was,” Osborne says. “I felt like I was experiencing the future.”

READ: Canada’s stock market collapse is like nothing we’ve ever seen before

Today, the giant greenhouse sits idle, possibly to be sold for once again growing vegetables; the company hasn’t yet decided, says Jordan Sinclair, Canopy Growth’s vice-president. Aurora similarly put the brakes on its Aurora Sun growing facility in Medicine Hat, Alta.; the company originally had announced plans to cultivate 14.8 hectares in 30 growing bays, but has since downscaled to six. The gains cannabis companies were banking on in the lead-up to legalization of recreational sales in October 2018 have not materialized. So, what went sideways?

The legal cannabis market, although growing, has so far been unable to vanquish a well-established black market, says Michael Armstrong, a professor at the Goodman School of Business at Brock University, who has studied the retail rollout. When pot was first legalized, there were shortages of product and stores, he says. Vancouver didn’t have a single licensed shop open the day sales became legal; today there are only 20. In Alberta, Calgary has more than triple that number; Edmonton more than double. As shops opened and legal product finally hit the shelves, many consumers complained about quality and price, Armstrong says. Cannabis companies can’t win if they can’t find ways to deliver quality product at a lower cost, he adds: “The average consumer is not willing to pay much more for a legal product.”

Legal cannabis producers pay excise tax, just like liquor and cigarette manufacturers, and in some provinces like B.C., consumers also pay sales tax on legal pot. That pushes the price of legal products higher, says Terry Lake, a former B.C. health minister who was laid off in the fall from his position with Hexo, a Quebec-based cannabis producer. “The lack of retail opportunities, combined with regulations and cost, make it very difficult for the legal market to compete with the black market.” A couple of years after legalization, Washington state reduced taxes to help legal cannabis producers compete, and Lake believes Canada should do likewise if it wants to ensure a healthy legal market.

Companies like Canopy, which aggressively ramped up greenhouse production to have product ready on day one of legalization, are now having to cut costs. In addition to the startup glitches, they were blindsided when federal regulations allowed outdoor growing, which is significantly cheaper than greenhouse operations. “We didn’t think outdoor growing would be viable on a large scale or allowed by the regulations,” Sinclair says. Producers including Canopy, which were already operating in the medical cannabis space, assumed the high security regulations that applied to those operations would carry over for recreational growers. “Securing a field comes with challenges that don’t exist when you have the enclosure of a greenhouse. We felt confident that aspect of the regs was going to carry through.” While Canopy Growth still operates some greenhouses, the company is now growing outdoors as well. It simply made sense to close the B.C. greenhouses, Sinclair says.

Both Canopy Growth and Aurora are now lobbying fiercely on behalf of their medical marijuana customers who, post-legalization, have been forced to buy their drugs online or in legal stores where product is taxed. Prescription drugs in Canada are not taxed, points out Rick Savone, Aurora’s senior vice-president of global government relations. “Our focus is on getting this medicine treated like other medicine.” Armstrong agrees lifting the tax on medical marijuana would help give the cannabis industry a needed boost.

Despite the hiccups, there are encouraging signs for the industry. While Canadians spent less than expected in 2019 on legal recreational pot—$1.2 billion—most sales occurred near the end of the year. And Statistics Canada reported that sales in January 2020 jumped by an additional 4.3 per cent over December. So there is no doubt the market share controlled by legal cannabis companies is growing, Armstrong says: “We’ll never get the black market to zero, but we might get it small enough where it gets trivial, like alcohol.”

This article appears in print in the May 2020 issue of Maclean’s magazine with the headline, “Legal pot takes a hit.” Subscribe to the monthly print magazine here.