Why Shopify's Tobias Lütke is No. 2 on the 2021 Maclean's Power List 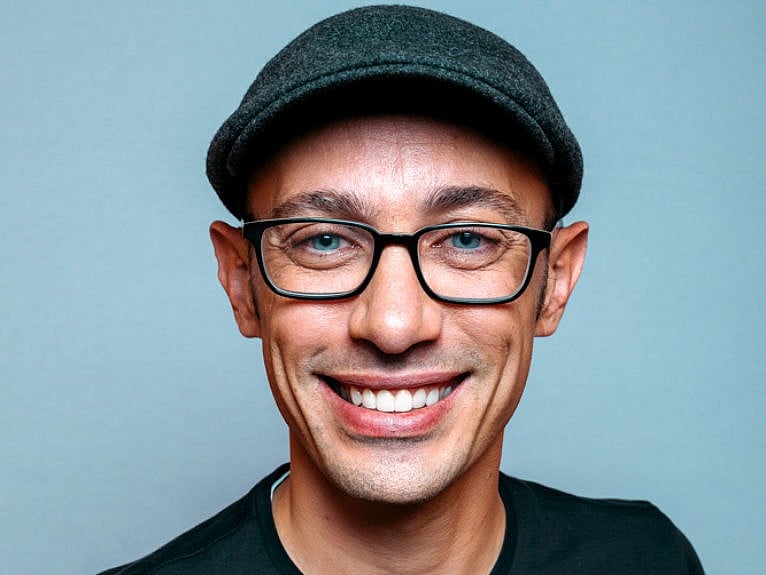 Soon after Vancouver’s landmark Dressew Supply went into lockdown mode in mid-March, David McKie, co-owner of the warehouse-style shop famous for its overflowing aisles of buttons, zippers and multicoloured fabrics, began to see surging demand for cloth and elastics by people wanting to make face masks. But there was a problem—McKie had never gotten around to building a website for the business, so a skeleton crew of three, down from Dressew’s usual 30 employees, was left frantically trying to fill orders by phone. Something had to change. So in April, McKie bought a laptop and a camera, and within two weeks the nearly 60-year-old family business had joined the COVID-19 e-commerce boom. “There’s so much more we can do with it that we haven’t done,” he says, noting Dressew only handles orders for curbside pickup for now.

The company behind the scenes of Dressew’s rapid pivot is one that has powered tens of thousands of similar transitions over the last year by desperate Main Street retailers across Canada and helped dramatically reshape the country’s retail landscape—Shopify, the 15-year-old Ottawa-based software company that lets merchants easily set up online stores with just a few clicks.

In turn, Shopify’s already staggering growth trajectory has been shifted into overdrive. During the first nine months of 2020, gross merchandise volume, a measure of all orders handled over its e-commerce platform, nearly doubled to $99 billion from the year before. (Over the same period, Shopify reported revenue of $2.5 billion, up 81 per cent, and a profit of $250 million after a $160-million loss the previous year.) In North America, only one other company handles more online transactions, and that’s online shopping behemoth Amazon.

Meanwhile, Shopify’s nimbleness during the pandemic has cemented the reputation of its co-founder and CEO Tobias Lütke as one of Canada’s foremost business visionaries. Early on in the crisis, Lütke, a German high-school dropout who immigrated to Canada in 2002, told the company to “delete all plans” for the year, arguing the pace of e-commerce adoption had been accelerated by a decade seemingly overnight. Shopify’s platform already offered merchants everything they needed to run an online store, including website design, inventory management, payment processing and shipping. Shopify quickly rolled out a suite of new features and programs, like point-of-sale software to connect in-store sales to online transactions, gift cards, online tipping and management of curbside-pickup orders.

“They played a big role in salvaging what has been an awful year for retailers,” says Dan Kelly, head of the Canadian Federation of Independent Business. The organization estimates 150,000 businesses that weren’t online before COVID-19 have since made the leap, many by relying on Shopify’s online shop-in-a-box. Even so, Kelly cautions, most are not close to earning what they were before the pandemic. “For businesses to really survive, they need customers to come back into their stores,” he says.

THE POWER LIST: Why Justin Trudeau ranks as No. 1

Yet other entrepreneurs have found that, armed with Shopify-powered online stores, they’ve been able to move away from bricks and mortar completely. For years, Sarah Gratta dreamed of opening her own shop and, after being downsized from her corporate marketing job, she opened the Too Good General Store in Unionville, Ont., north of Toronto, in 2017, selling Canadian-made gifts and other items. She already had a website running on Shopify before the pandemic, but it featured fewer than a dozen products. After quickly scaling up to sell hundreds of various products from Canadian vendors, she let the lease expire on her physical store in August. “It was super easy to pivot and now we’re getting orders from the U.S. and from middle-of-nowhere Alberta,” she says. Between the online shop and a pop-up store, “November was my most profitable month ever.”

In another sign of Shopify’s expanding influence, the company elbowed deeper into Canada’s financial services sector in 2020 with Shopify Capital, offering loans and cash advances to small businesses that might otherwise be cut off from access to conventional business loans from banks—entrepreneurs like Conor Harold, founder of Toronto-based vegan food store Sorry I’ve Got Plants. After quickly pivoting his vegan meal-kit service to be fully online in just two days in March, he tapped Shopify Capital for a $53,000 loan, which he used to expand his product offering. “It really changed us from a meal-kit company to a zero-waste, plant-based lifestyle delivery service,” he says. “We grew about 400 per cent in that first month.”

Whether it’s fabrics, gifts or vegan, plastic-free dish soap, Shopify has left its mark on more than one million merchants around the world, including 65,000 in Canada, even if it’s mostly invisible to online shoppers. During the Black Friday/Cyber Monday shopping weekend in November, merchants using Shopify were processing $4.5 million in transactions every minute—in 2016, that figure was just $100,000. After that particular flurry of business, Lütke took to Twitter to declare “the rebels have the wind at their back,” referring to the army of merchants using Shopify’s platform to take on the “Amazon empire.” The two companies are often described as having a “frenemy” relationship, since Shopify enables merchants to not only compete with Amazon but also to cross-sell their wares on the e-commerce giant’s own platform, though it may only be a matter of time before Shopify faces outright war with Amazon. In December, the Wall Street Journal reported that Amazon secretly created a team called “Project Santos” to “replicate parts of Shopify’s business model.”

Despite that looming challenge, Shopify’s success has lit a fire under its already red-hot share price, which at $1,450 in early January had more than tripled since March 2020. With it, so has Lütke’s staggering wealth. His Shopify shares were worth more than $12 billion, making him the third-wealthiest Canadian individual on Bloomberg’s Billionaires Index.

A world-beating technology company from Canada with a sky-high stock market valuation is an unnervingly familiar scenario for some investors, since it naturally invokes memories of Nortel and BlackBerry. As if to heighten the anxiety, in May Shopify’s market capitalization topped that of the Royal Bank of Canada—a rare feat achieved by a select few companies on the Toronto Stock Exchange, including Nortel and BlackBerry, only to be followed by collapse and talk of a market “curse.” Indeed, analysts are divided over the state of Shopify’s share price. Suthan Sukumar, an analyst with Toronto-based investment dealer Eight Capital, sees plenty of room ahead for Shopify to grow into its valuation. “Shopify is still in early days in its global growth story,” he says, pointing to how Lütke and other Shopify execs see themselves as building “a 100-year company.” (Lütke declined an interview request for this story.)

Meanwhile, Chris Silvestre, an analyst with Veritas Investment Research in Toronto, gives Shopify full credit for the “incredible agility and speed” it showed in retooling for the pandemic. And he says he isn’t worried that Shopify will follow the path set by Nortel and BlackBerry. “Shopify’s model is much more sustainable, so they’ll continue to play an important role in e-commerce,” he says. “I don’t see them descending into obscurity.”

But Silvestre still sees trouble ahead for Shopify’s dizzying valuation. He believes the potential e-commerce market still available to Shopify is much smaller than what investors are hoping for. He also thinks investors underestimate how much consumer discretionary spending will swing back to physical stores, as well as travel and experiences, once the pandemic ends. “Shopify is a phenomenal company at the right price,” he says. “But it’s so hard to wrap your head around the valuation.”

Back in Vancouver, Dressew’s doors were open again in the lead-up to Christmas, and the aisles were filling back up with eager shoppers—six feet apart and masked, of course. While the online store, with its myriad elf costumes, turkey hats and more than six dozen holiday-themed fabric patterns, continues to bring in orders, it’s slowed down somewhat. Even so, McKie says he’s seen the cyber-light. And it’s been lit by Lütke.