On Wall Street, it's almost as if the financial crisis never happened 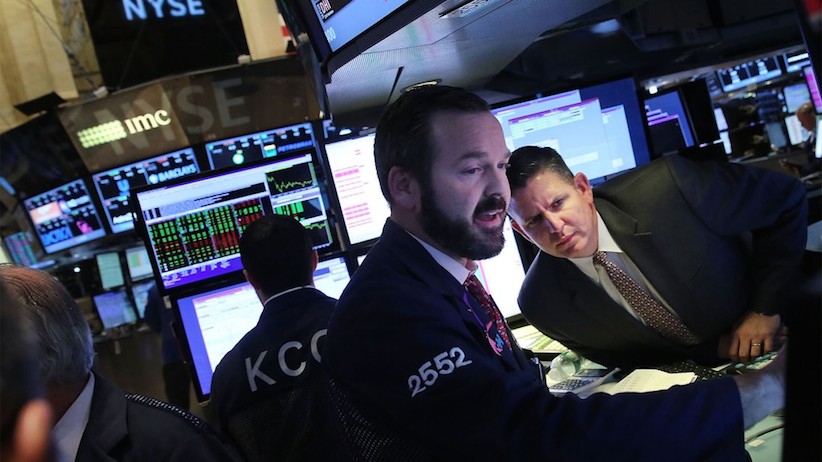 Barely two days after the 2008 presidential election swept Barack Obama into the White House, and with the stock market wobbling from the unfolding financial crisis, right-wing radio host Rush Limbaugh outlined what would become of one of the most enduring and widely held views about the Obama presidency: that the new guy would put a bullet in American-style capitalism. “The Obama recession is in full swing, ladies and gentlemen,” Limbaugh warned his listeners on Nov. 6, 2008. “Stocks are dying, which is a precursor of things to come. This is an Obama recession. Might turn into a depression. He hasn’t done anything yet, but his ideas are killing the economy. His ideas are killing Wall Street.”

More than six years later, let’s tally up the ruinous fallout from Obama’s assault on poor, put-upon Wall Street. The S&P 500 stock index, which is up 120 per cent since election day in 2008, hit another all-time high this week. An analysis by the New York Times’ Upshot blog shows the big banks are as back to being as big and profitable as they’ve ever been. Wall Street compensation has more or less recovered to pre-recession levels. Meanwhile, the pace of mergers and acquisitions is at a level not seen since before the Great Recession, showering huge bonuses on investment bankers. In other words, far from being killed, Wall Street is killing it.

Nor does it appear Wall Street was in any way chastened by the crisis it helped to cause. A new report released this week suggests many on Wall Street take an increasingly malleable view of ethics. Stemming from a survey by the University of Notre Dame of 1,200 bankers, traders and hedge-fund employees in the U.S. and the U.K., the report found:

•  Roughly one-third of those in the industry earning $500,000 annually said they had first-hand knowledge of wrongdoing;

• Nearly one-quarter believe fellow employees have engaged in illegal or unethical activity to gain an edge, a figure nearly double what it was when the survey was conducted in 2012;

•  One in four respondents would use insider information if it would make them $10 million and there was no chance of being arrested.

How, in the span of less than seven years, did we go from a situation where it appeared to many people—on both the left and the right—that Wall Street’s number was up, to the present, when the Street is enjoying remarkable success? For one thing, far from being tough on the Street, the Obama administration took a kid-glove approach to the industry for years, believing—as those in the White House who were friendly to the banks advised—that going after the industry in court would threaten an unsteady economy. To that end, justice officials made a point of pursuing settlements with institutions, rather than pursuing criminal charges against people. Indeed, no major figure from the era of fraud and excess—which plunged the world into recession and cost the U.S. economy up to $14 trillion—has ever been prosecuted, so no one has been held to account. Even Dick Fuld, the former chief executive of collapsed investment bank Lehman Brothers, is back on the speaking circuit this month, rehabilitating his reputation. The penalties we have seen slapped on the banks in the past couple of years—such as the record $13 billion JP Morgan Chase agreed to pay for its role in selling garbage-quality mortgage-backed securities to investors during the U.S. housing bubble—have, in fact, had minimal impact on their enormous bottom lines. And let’s face it: As penalties go, these settlements are akin to punishing the family dog weeks after it pooped on the rug.

Wall Street hasn’t completely gotten its way. The 2010 Dodd-Frank law, a package of reforms targeting the industry, has, among other things, forced banks to reduce their exposure to risk, which the industry insists will slow economic growth. However, the law’s future remains uncertain, with Wall Street’s lobby machine working hard to declaw it: According to Americans for Financial Reform, the industry spent $1.4 billion in the 2013-14 election cycle, and has found some success, such as measures that impose restrictions on regulators.

Finally, Wall Street can offer some thanks to the Federal Reserve for the banks’ winning ways. Policies such as quantitative easing and the seemingly never-ending era of low interest rates have ultimately inflated asset prices, encouraged consumer borrowing and revived deal-making. The benefits to Main Street have been muted—job growth and wage gains have been slow in coming—but Wall Street still has more to gain than to lose from low rates.

Will Wall Street keep on winning? Who’s to say? But if the last seven years have taught us anything, it’s that predicting the end of Wall Street is a losing bet.