Loblaws' price-fixing may have cost you at least $400

Any way you slice it, Canadian bread shouldn’t have cost this much 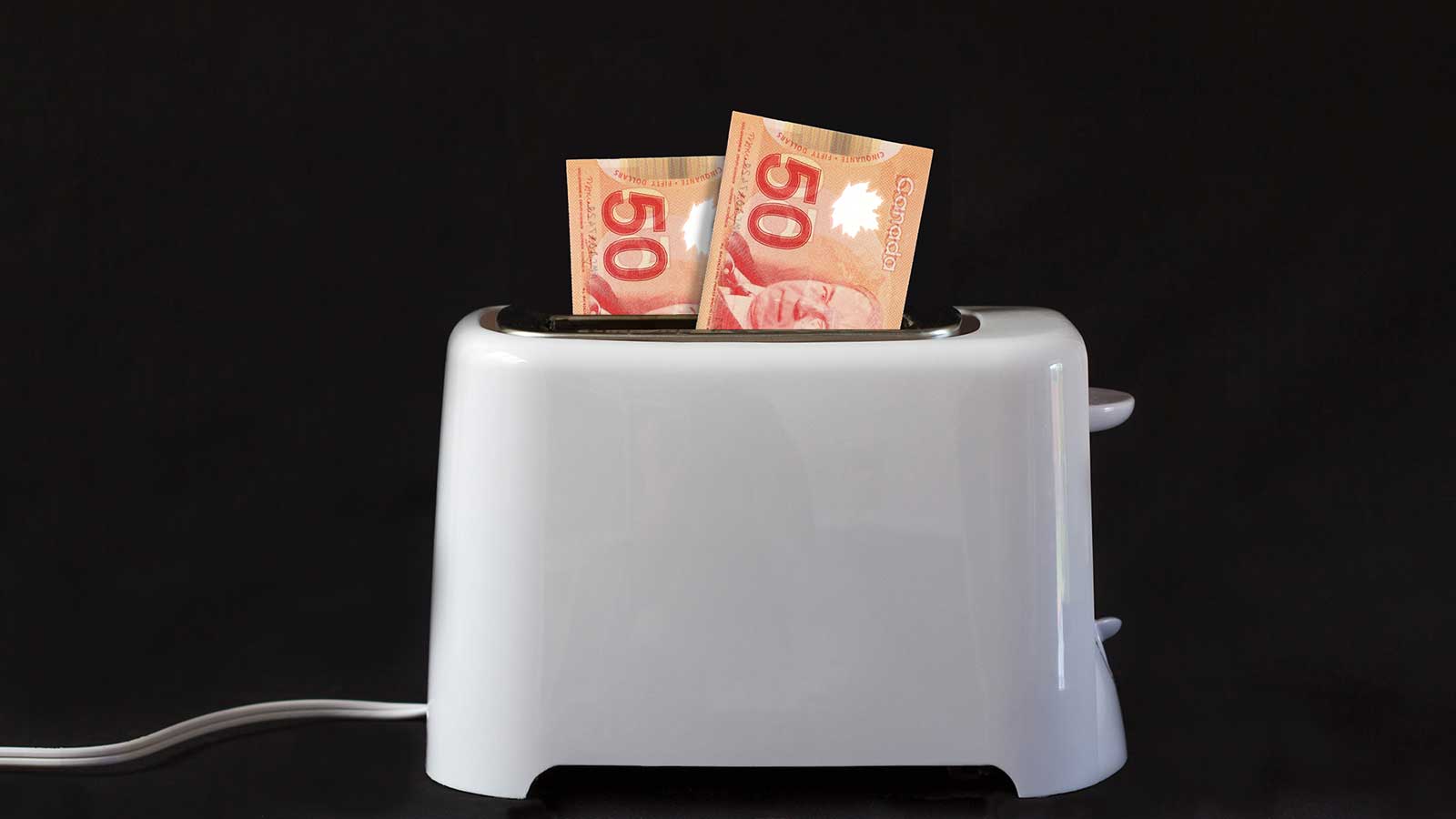 As word emerged about the Loblaws chain and bread-maker George Weston Ltd. confessing their role in a massive price-fixing scheme, analysts often referred to bread as a supermarket loss leader. Think of this like your favourite pub’s wing night: they lower prices to a level below what it costs to make and serve them, in hopes of getting patrons in the door and guzzling beer. Wonder Bread or Dempster’s Whole Wheat, the argument goes, would similarly be offered at cut-rate prices to bring in shoppers who will generate money for grocers in other aisles.

It’s hard for analysts to say definitively that bagged bread is a loss leader; there’s plenty that isn’t clear about the economics in Canadian grocery stores, as evidenced by the Competition Bureau’s ongoing price-fixing investigation of multiple chains and suppliers, on top of the fact the scheme Loblaws and its sister manufacturing company admitted went undetected from mid-2001 until March 2015.

READ: You can sign up for the $25 Loblaw gift card starting today. Here’s how.

Moreover, many of the price figures we can see suggest bread is the opposite of a loss leader. Rather, there are many signals and comparisons that suggest bread became a much more lucrative product for supermarkets over the 14 years in question.

As Maclean’s noted last month, from 2001 to 2015 the consumer price index for bread rose dramatically more than did the average for all food prices. In addition to tracking bread for the key inflation measure, Statistics Canada also reports the monthly average price for a loaf of bread. The loaf that cost you $1.42 in July 2001, was a $3.04 in March 2015—more than double the (ahem) dough.

Kevin Grier, a food market analyst based in Ontario, measured what bread should have cost if it rose in tandem with overall food price inflation. By 2015, there’s a $1 gap between the real price and Grier’s price. If a family buys one bagged bread per week for a year, that’s a $52 difference—a lot when compared to the $25 gift cards Loblaws has offered as their mea-culpa for 14 years of fixing prices. The average price gap from 2002 to 2014 was 55 cents, Grier says—or that one loaf per week over that period may have plumped up a grocery bill by $371.80. 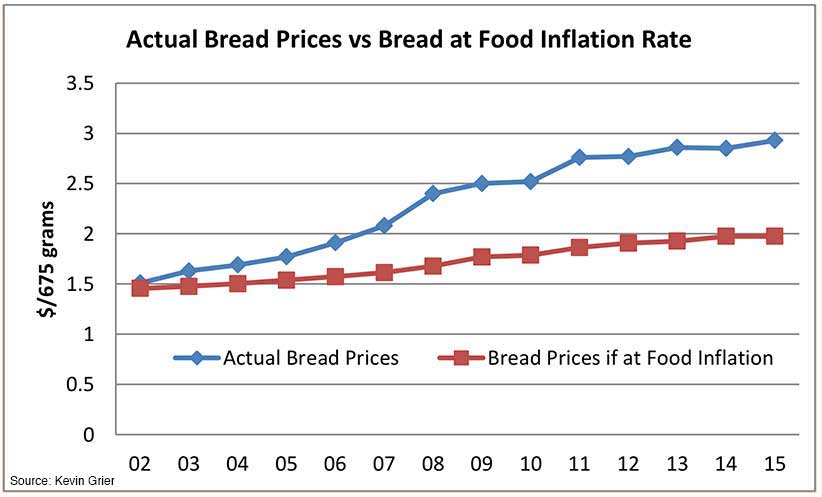 The appearance of inordinate price increases does not necessarily mean there was price fixing, Grier notes. “It raises your attention, that if they did do it, you can see it,” he says. “But it doesn’t prove that they did anything.”

And perhaps it’s unfair to assume the bread cost should have lined up neatly with the cost of other groceries. That would discount the fluctuations in grain prices over the years, particularly with last decade’s spike in crop use as biofuel. Let’s consider the price of milled flour, using the industrial price index, and see how that compared with bread in the consumer price index. 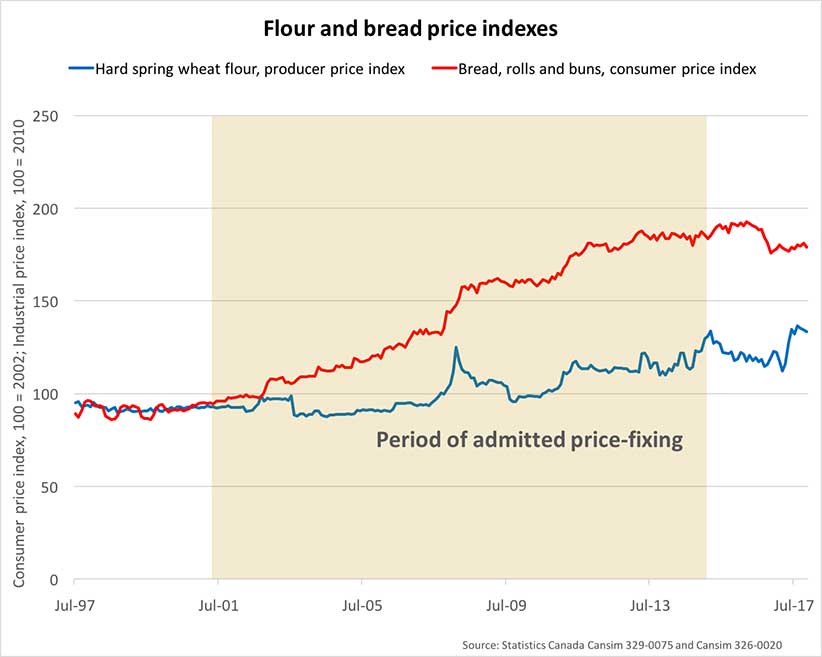 It’s equally jarring when you consider how prices for loaves in the U.S. have risen over time. According to the Bureau of Labor Statistics, American consumers saw bread prices rise half as fast as happened in Canada during the time of Loblaws’ misconduct. 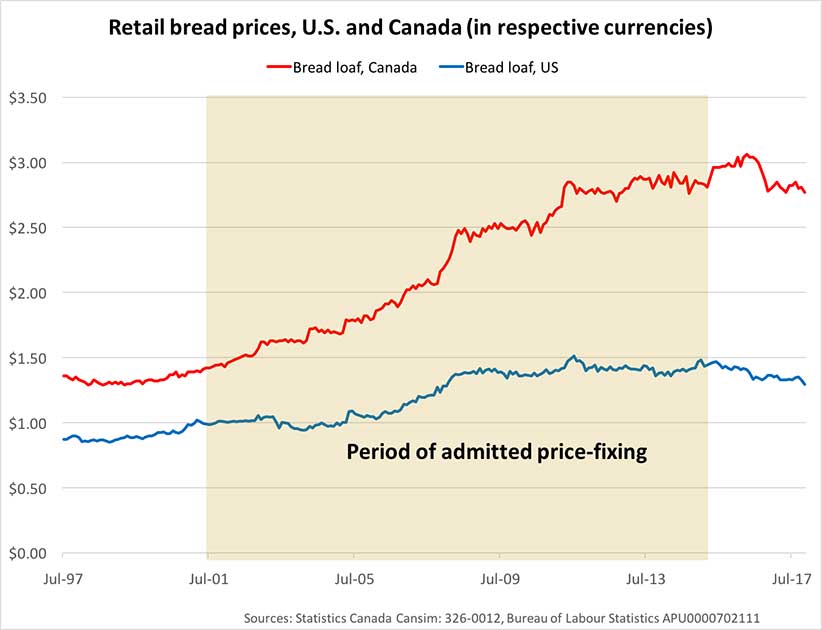 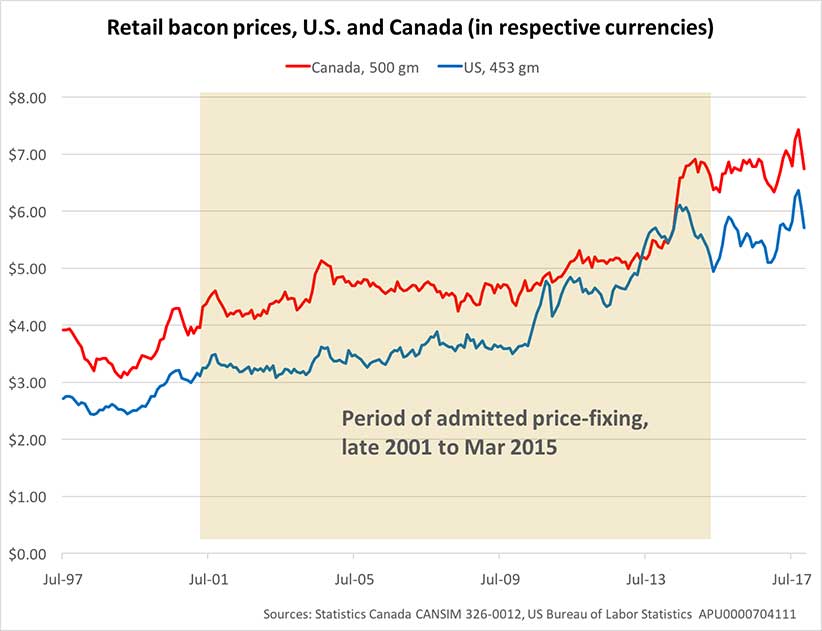 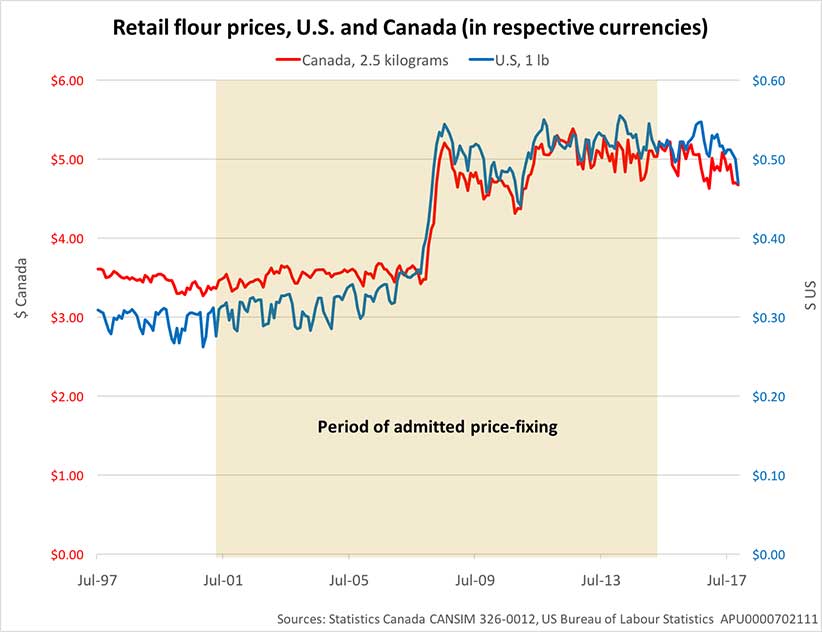 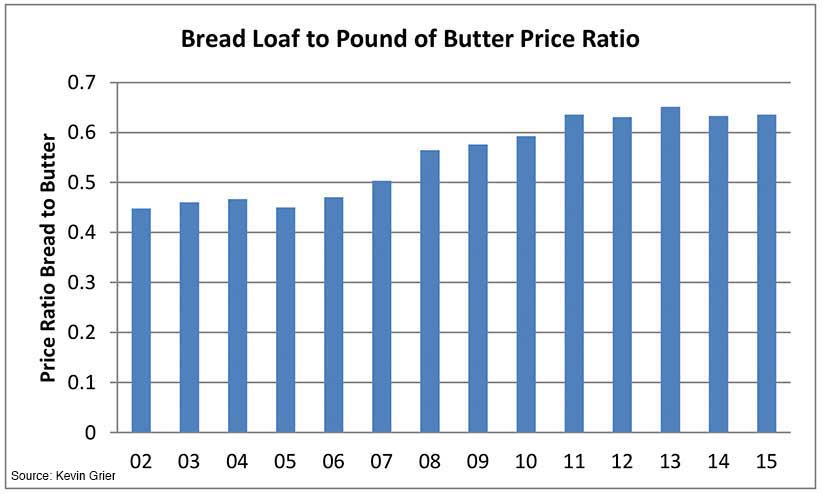 It could take years before the Competition Bureau reveals what really took place between Loblaws, Sobeys, other chains and their packaged bread suppliers. On the bright side, bread prices have stopped rising, and settled to around the same prices they were in 2011. But the past increases do seem to leave a trail of breadcrumbs for the suspicious.