The deal to tear down trade barriers between the provinces isn't perfect, but it finally puts Canada on a path to greater internal trade freedom 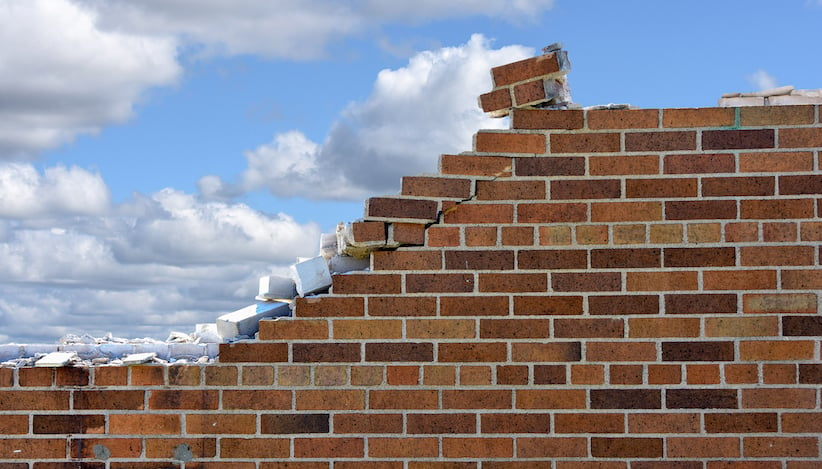 “Tear Down These Walls!” cried Canada’s Senate in a recent report on internal trade. They found that “mind-boggling rules, duelling bureaucracies and maddening regulations sap billions of dollars from the Canadian economy each year.” They are right.

Each day more than $1 billion moves between provinces, roughly equivalent to 20 per cent of Canada’s economy. But countless thousands of sometimes small differences between provincial rules, regulations, certifications, standards, registration requirements, and so on, makes doing business across Canada difficult. This raises prices, lowers productivity, and lowers income—all to the detriment of Canadian consumers and businesses.

Proponents of the deal point to estimates from the Bank of Canada, which has suggested removing trade barriers will deliver economic gains of between $2 to $4 billion per year. Ontario’s economic development minister, Brad Duguid, suggested gains could reach $25 billion. My own research, with co-author Lukas Albrecht, finds that between $50 to $130 billion per year is on the table if full and complete liberalization can eventually be achieved.

READ MORE: Why barriers to trade between the provinces leave us all poorer

Will the deal unlock these economic gains? Some are sceptical. Andrew Coyne put forward the most eloquent and well reasoned argument that the CFTA didn’t go far enough. Some others were so disappointed by the deal as to call it “the longest suicide note in history” (A particularly odd and unhelpful piece of hyperbole to be sure).

My own take is generally positive.

The deal shouldn’t be evaluated by what it will do on Day 1, but on the path it has set us upon. The deal is a complete redesign of the very structure of Canada’s internal trade arrangements. It makes it more likely that future rules and regulations will be harmonized across provinces, and begins a multi-pronged attack on existing differences.

The deal may plausibly, albeit slowly, ratchet Canada towards broad internal liberalization. At worst, it shines new light on areas previously in the dark.

As internal trade barriers are not explicit, but result from differences in rules and regulations, eliminating them is tricky.

One elegant solution, and one I’ve argued for in the past, is comprehensive mutual recognition. A simple rule that whatever is allowed by one province is allowed by all. Provinces would clearly lose much of their own ability to regulate within their areas of jurisdiction, so they understandably reject this. If such an arrangement were imposed by the Feds—the nuclear option, if you will —years of constitutional wrangling would surely result. It’s not clear how that would end.

And what if the rules and regulations serve a good purpose? Some differences may be perfectly valid, others not. Absent some objective criteria to evaluate whether one rule or regulation serves a legitimate purpose or not, we must approach them on a case-by-case basis. We need to first discover what and where the trade barriers are, then we can eliminate them.

This brings us to the next best option—the so-called “option two” put forward by James Moore. Rewrite the rules. In particular, cover the whole economy, allow exemptions only if explicitly stated, and establish multiple formal procedures to force provinces to talk, negotiate, and smooth out their differences. This is precisely what the new deal does.

Key Features of the Deal

Without going into too much detail, I’ll give the main highlights. (Interested readers can go here for more.)

The agreement establishes a number of working groups, panels, forums, and a “Regulatory Reconciliation and Cooperation Table.” All provinces are required to negotiate on any regulatory irritant identified by any province. You can bet trucking rules, product safety standards, and registration requirements will feature heavily on the initial list.

The various groups will examine current rules, recommend changes, facilitate negotiations, codify deals, and monitor progress, all to smooth out our regulatory differences. There are tight timelines and rigorous reporting requirements, which means that even if governments do not eliminate a trade barrier at least its existence is made transparent for all to see. Private parties may also launch dispute resolution panels — thus forcing governments to confront their sometimes biased rules, even if they’d rather not. All together, the deal lays out a set of processes that, over time, may yield large gains.

Provinces have also agreed to limit their ability to bias government purchasing in favour of local firms. As Canadian governments purchase more than $170 billion per year in goods and services, with $100 billion accounted for by provinces alone, small efficiencies can save taxpayers substantial sums. This is an immediate win.

Finally, subsidies and other incentives to favour local business will be increasingly more difficult. For example, Alberta’s Small Brewers Development Program may be one of the first test cases of the CFTA. Through this relatively new program, Alberta provides cash subsidies to small brewers based in the province—in clear violation of the new CFTA’s Article 320. And unlike past internal deals, like the New West Partnership Agreement where such a scheme is permitted, there appears to be less wiggle room in the new deal.

But not everything about the deal is positive.

Some Downsides in the Deal

First, the penalties are minor—to put it mildly. Large provinces can be fined up to $10 million for violations of the deal. That may sound large, but it’s not. If your dog poops in a Calgary park and you don’t pick it up, that’s a $250 fine—or about 0.25 per cent of a typical Alberta household’s annual income. For a province the size of Ontario, the equivalent fine would be nearly $2 billion. (Or, if we just look at its government’s revenue, the penalty would need to be more than $300 million.) Put another way, $10 million to Ontario’s government is the equivalent of less than one month’s Netflix subscription to a typical household. Hardly much of a stick.

Second, there are lots of exemptions—135 pages worth. And some are pretty silly. In Ontario, only residents can be travel agents. In Quebec, only residents can register a race horse stallion. In Manitoba, providing legal services requires, for the most part, that the firm maintains an office there. In Nova Scotia, and other provinces, snow crab exports are still heavily restricted. The list goes on, but they are now made plain for all to see. Such transparency can galvanize and focus efforts to eliminate them.

Third, much future progress depends on working groups, panels, forums, the reconciliation table, and so on. If the groups are poorly staffed, their work disrespected, or their rulings ignored, then internal trade liberalisation will go nowhere. A cultural change among governments is required, but the transparency and processes that the CFTA sets up may gradually achieve it.

The start of a virtuous cycle

The CFTA is best thought of as a process, not a magic bullet. It’s a system to discover, debate, and resolve the trade frictions that exist. One by one. At best, it’s a virtuous circle. Each recommendation and ruling made and followed creates stronger and stronger precedents and therefore greater future action. But even in the worse case scenario, where the various panels and forums are weak or where provinces are recalcitrant, the CFTA will generate a long list of publicly available descriptions of all the barriers that currently exist—posted online for all to see. In time, defending unnecessary regulatory differences will become increasingly untenable.

While the deal doesn’t tear down internal trade walls immediately, it chips away at them and, for good measure, distributes pickaxes to many groups empowered to use them. Steadily, gradually, and one crack at a time, the walls will hopefully come down.

Trevor Tombe is an Assistant Professor of Economics at the University of Calgary, and Research Fellow at the School of Public Policy.