Why Canada should boost its economic ties to Saudi Arabia

In the Saudi marketplace Canada as a brand is very weak, and this needs to change if Canadian companies vying for new business in the Kingdom are to succeed 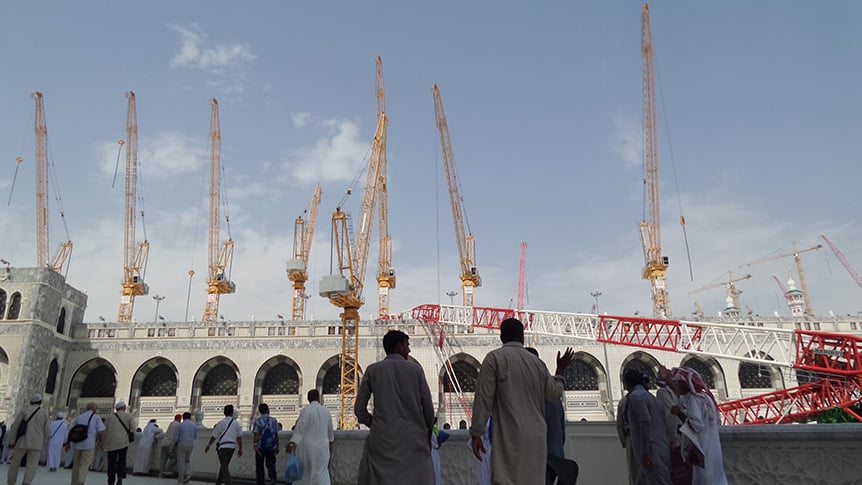 Saudi Arabia has entered an unprecedented, yet pivotal, time in its modern history. Despite the austerity measures put in place in the wake of falling oil prices, the Kingdom is creating long-term commercial opportunities for foreign companies to export to, and invest in the world’s 19th largest economy. The question for Canada is, are we missing out on this opportunity since we aren’t even ranked in the top 10 countries that Riyadh considers a priority partner?

The Kingdom is both fiercely proud and grossly underestimated as an emerging economic giant—it’s the world’s 16th largest exporter and 29th largest importer, with a GDP of $653 billion. Of its population of 31 million, 49 per cent are youth, 71 per cent are tech savvy—with approximately 25,000 Saudi students studying in Canada (and this number has the potential to increase substantially because President Trump’s policy to restrict immigration and visas from Muslim-majority countries will tighten quotas and impose heavy limitations on Saudi students in the U.S.)

Last month I travelled to Saudi Arabia to advance several North American investment and export deals, and while there I met with Saudi business executives, senior government officials and members of the royal family. It quickly became clear that when it comes to the Saudi economy, Canada is playing catch-up with the U.S., South Korea, U.K., India, China, and Germany. In the Saudi marketplace Canada as a brand is very weak, and this needs to change if Canadian companies vying for new business in the Kingdom—such as the bid by the TMX Group (which operates the Toronto Stock Exchange) for a piece of the massive Saudi Aramco initial public offering—are to succeed.

While President Trump’s policy in the Middle East could create commercial opportunities for Canada—a fact that’s been welcomed by many in the country’s business community—doing business in the Kingdom means that Canada needs to step up its political and commercial engagement.

Saudi businesses and the government want to see more of Canada in the marketplace, but our [Canadian] Embassy in Riyadh isn’t as visible or active as it should be [like we are in strategic international trading centres and political capitals around the world], despite the controversial arms deal that has garnered a lot of negative media attention and controversy in Canada. This was evidenced by Ottawa’s recent snub of the Kingdom. During a five-day trip to the region in early March, trade minister François-Philippe Champagne scheduled stops in UAE, Qatar and India but not Saudi Arabia.

The Kingdom has much to offer Canadian companies, with major social infrastructure projects underway, a vibrant business community, and an increasing openness to foreign direct investment. By 2030, the Kingdom plans to privatize hospitals, attract mining investment, adopt new technologies, build new manufacturing facilities in the automotive industry, construct new logistics centres and transition to a green and clean economy that is less, if not at all, dependent on fossil fuels. All of these emerging growth sectors present commercial opportunities for Canadian industries but Ottawa needs to develop a comprehensive Canadian engagement strategy for Saudi Arabia or else Canada will continue to remain a non-priority in Saudi Arabia.

Under the responsibility of the new Minister of International Trade, two Crown Corporations with experience in the Kingdom like the Canadian Commercial Corporation and Export Development Canada have the potential to champion a Team Canada approach by working proactively with Canadian industry to strategically target Saudi buyers with financing and government-to-government arrangements. Based on experience, commercial diplomacy is the key to restore a more balanced relationship with Riyadh, and this, in turn, will better benefit Canadian businesses.

The Kingdom is a market dominated by U.S, European and Asian companies. However, we should focus on building upon our competitive advantages in this existing business relationship:

• For the past 35 years, Canada has trained more than 5,000 Saudi medical and healthcare professionals, who in turn have provided expert medical care to thousands of Canadian hospital patients every day, at no cost to the Canadian taxpayer, and generating billions of new dollars into the Canadian economy.
• The Saudi government recently awarded the University of Toronto and York University multi-million dollar contracts to provide immersive pedagogical training to 250 Saudi K-12 educational professionals.
• The Saudi Industrial Development Fund, which recently received an injection of $1.6 billion to help finance the Kingdom’s entry into in new growth sectors like agriculture, automotive, mining, healthcare, technology, renewable energy, is now part of the Montreal Group, of which the Business Development Bank of Canada is a founding member.

All the same, Canada cannot stand on the sidelines and wait its turn as Saudi Arabia upgrades and deepen its relationships with our G20 competitors. The Canadian government needs to seriously engage Saudi Arabia as a full trading partner and work toward an equal relationship based on equal parts.

We have a bilateral trade mechanism in place—the Joint Economic Council or JEC—but it’s underutilized and needs real champions and accountability on both sides. What action has been taken since the last meeting held in Riyadh in March 2016 by the respective technical committees, and where is the leadership and engagement with the private sector? With proactive engagement, the JEC could eventually lead to a Free Trade Agreement (FTA). If Canada is waiting for a regional trade agreement under the umbrella of the Gulf Cooperation Council, chances are it’s not going to happen anytime soon.

As the Kingdom is at a crossroads in its commercial relationship with Canada, both Riyadh and Ottawa need to prioritize the economic relationship. Action by Ottawa would send a strong signal of confidence in the Canada-Saudi economic partnership.

The first step starts with a high-level visit to Saudi Arabia led by Prime Minister Justin Trudeau, with Canadian business leaders who have experience in the market to signal Canada’s commitment to working with the most important trading partner in the GCC and North Africa (MENA) region.

The time to act is now so that Canadian industry can build new, and build on existing commercial opportunities.