If you have been temporarily laid off and your boss asks you to go back to work and you say no, then you’re essentially quitting your job 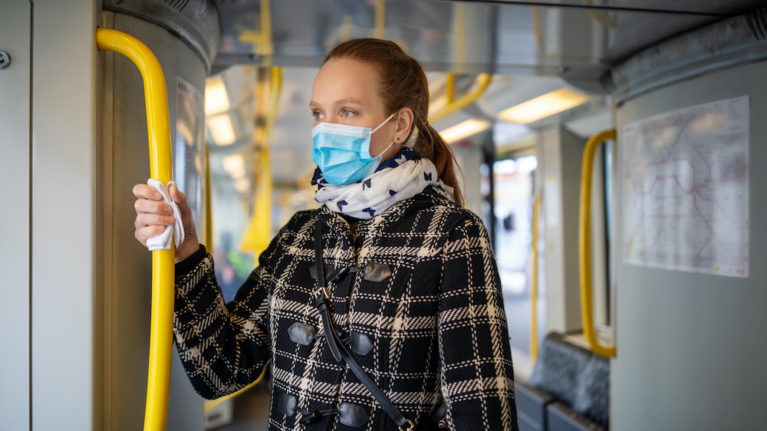 Over the last couple of weeks, cities across the country have started to reopen. In Winnipeg you can now get a haircut or social distance with a martini on a restaurant patio. In Toronto, golfers can hit the greens, while the retail-deprived can once again get the in-store shopping experience. In Vancouver, it’s A-OK to get tattoos.

But while plenty of Canadians are looking forward to re-entering society, many of the staff who are getting called back to work are concerned for their safety. According to a U.S.-based survey conducted by Eagle Hill Consulting, 54 per cent of employees are worried about being exposed to COVID-19 as the economy reopens. While no one’s polled Canadian workers yet, it’s not hard to imagine that the numbers would be similar.

With many of the jobs that have opened across the country, such as hairdressing or construction, it’s almost impossible to work and social distance. Staff who are concerned about contracting COVID-19 may want to stay home and continue collecting the $2,000-a-month Canada Emergency Response Benefit (CERB), which they likely applied for when they were temporarily laid off.

Unfortunately, wanting to stay home and having a boss who allows you to take a few more weeks off work are two different things. Many people have been furloughed during this crisis, which is a temporary layoff. If your employer wants you to come back to work, you have to go. If you refuse to return, you could lose your government benefits.

There aren’t many rules around CERB eligibility. Pretty much anyone who has been laid off either permanently or temporarily from a job since March 15, or can’t work because they have to take care of their children, can apply. (And eight million Canadians are currently collecting payments.) However, the government has made it clear that anyone who quits their job cannot receive CERB, just like you can’t collect employment insurance in normal times if you resign.

If you have been temporarily laid off and your boss asks you to go back to work and you say no, then you’re essentially quitting your job, which means you can no longer receive CERB. Full stop. “If an employee refuses to return to work if the workplace is safe, they are effectively quitting their job and they wouldn’t be eligible for CERB,” says Heather Cameron, a senior associate lawyer at Norton Rose Fulbright Canada.

(While there have been reports that the government is still paying people who they know have quit their jobs and have applied, they may ask for that money back one day, so it’s probably not a good idea to push your luck.)

READ: How to get tested, what the symptoms are, where to get help

The only real course of action you can take is to tell your boss that you can’t return to work because their workplace isn’t safe, perhaps because they’re not following proper reopening guidelines. In that case, the employer has to review its policies and the actions it’s taken to prove that it is properly following the rules. If you’re wrong and they are following all the rules, then you have to go back to work. If you’re right and your boss missed something, then you’ll have to go back to work once they address the problem. If for some reason they refuse, you can file a complaint – who you complain to do does vary by province, but in Ontario it’s the Ministry of Labour – but that would be an extreme and likely rare case.

Also, if you have a disability that you think absolutely prevents you from returning to work, and if your employer is demanding your return, then you can file a complaint with your provincial human rights commission who would then rule on whether the workplace is being discriminatory. Unfortunately, just general worry about getting sick or thinking that no workplace can be safe right now will not fly, says Cameron.

Can’t refuse to return to the office

What if you have a job where working from home is perfectly doable, but your boss wants you to come back to the office? You still have to go. “In most cases the employer has the right to determine the location of work, and an employee cannot insist on a work from home arrangement,” says Cameron. “Absent special circumstances, or employee rights that may exist under a contract… the employee is likely not able to dictate work location or refuse to return to the office.”

Unfortunately, it’s a similar situation if you are caring for a child and your employer demands you come back to work, according to Cameron. While parents who can’t go to work because they have to take care of their kids can receive CERB payments, if your boss doesn’t care that you have kids at home and needs you back, then you may have to go or risk losing your job.

Cameron says that this situation could trigger a human rights complaint. If someone is entitled to an accommodation based on what’s called a protected grounds of discrimination (here’s a list of what would be considered grounds for discrimination), and if making that accomindation isn’t difficult for the business to do, then not showing up to work may not be considered job abandonment. However, the human rights commission would assess each complaint on a case-by-case basis and, says Cameron “while an employee is entitled to reasonable accommodation, they are not necessarily entitled to their preferred accommodation.”

The best result would be for an employer to be in a position where they can either let you continue working from home or give you the time off you need, but as the economy ramps up, more people will be expected to come to work. Ultimately, it may end up falling to you to decide whether working is still worth it.