Generational wealth often comes in the form of trust funds. Does it also include grocery runs? 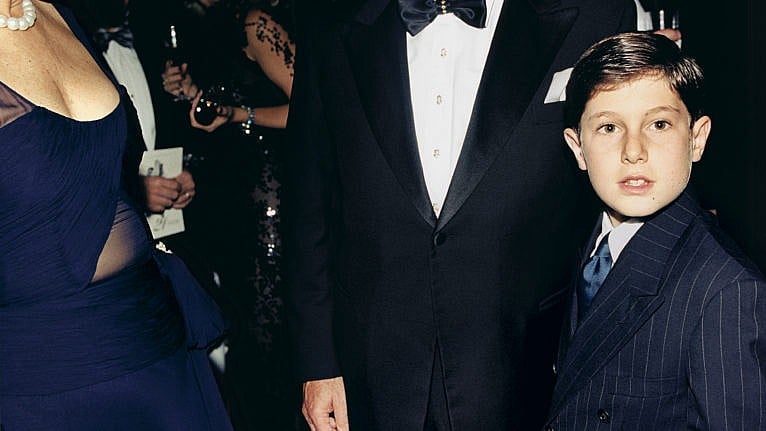 Last fall, Kennedy Cooper set alight a vehement debate when they tweeted: “‘Generational Wealth’ isn’t just inheriting a pile of money, it’s also things like whose parents are able to help you pay your first deposit on a rental, whose parents can help you out when your car stops running, whose parents can just send you food when you’re low.” Cooper’s argument drew both support and criticism as people attempted to define an idea often coloured by very personal experience. Those who agreed with Cooper leaned into the compounding effects of privilege with responses like: “Yes! Generational wealth entitles that family to stability . . . I don’t know many ppl that live in their family home or ever even had a family home.” Critics accused Kennedy of diluting the definition of wealth to fit a narrative: “Having parents willing and able to help with things like that is a privilege but it isn’t generational wealth. My mom could definitely stretch a budget to help me but the need to stretch it means it can’t be wealth.”

Simran Kang, CEO and co-founder of MyFO-Tech, a fintech startup for family office management, acknowledges that the interpretation of wealth and privilege can quickly become a “black hole.” But the former PwC accountant, who consulted with what she describes as “Canada’s one per cent,” believes there is a distinction. She says that while most Canadians might have benefited from privilege in some form or another, it takes more than a grocery bill or a month’s rent to constitute wealth, particularly when wealth compounds over generations. Kang says wealth is “the stewardship and transfer of large sums of capital from one generation to another, often hundreds of thousands or millions at a time.” The ongoing transfer of wealth that will see approximately $1 trillion passed on by baby boomers to Gen Xers and millennials by 2026 is the largest intergenerational transfer of wealth in Canada’s history, and one that will make millennials Canada’s wealthiest generation ever.

But the average Canadian will not be a beneficiary. In fact, the traditional means of creating the kind of wealth that might someday be passed on to a grandchild—through property or investments, for example—have become increasingly inaccessible for most of us. Jessica Moorhouse, a money expert and accredited financial counsellor, says she benefited from living rent-free with her parents during the five years she attended university. She sees this as a form of generational wealth that gave her a head start on her own journey toward financial independence. Indeed, against the backdrop of an explosive real estate market, when more parents are having to give their children a boost toward home ownership and wealth creation—some to the tune of a $180,000 down payment and others in the form of free room and board—it does seem as though the pathway for most people to growing their assets is taking a detour, if not hitting a wall. In that context, it makes sense that the definition of wealth has become unstable.

The nuances between wealth and privilege become even more blurred when demographic factors like race are introduced. Shawnnette Fraser, district vice-president at TD Bank, says that during the pandemic, more white Canadians than Black saw wealth increases that will afford successive generations of white Canadians the privilege of access to creating even more wealth, a privilege that Fraser says can be inherited like any other heirloom. This, she notes, is a cycle that Black Canadians have traditionally been excluded from.

But Fraser says ideas around wealth are shifting, within the Black community and for Canadians at large. Younger generations are, increasingly, defining wealth in terms of what is valued as opposed to what is owned, like the ability to manage their own schedules or to work from anywhere in the world. Moorhouse and Kang agree that millennials and Gen Zers are moving away from climbing the corporate ladder and leaning into entrepreneurial pursuits, creating tremendous wealth through means that never previously existed, such as digital content creation on social media apps like Instagram and TikTok, or tech startups. And for many, Moorhouse says, wealth is increasingly about the freedom from traditional obligations like a mortgage or a rigid 9-to-5 schedule.

Now that Cooper’s opinion has been through the Twitter wringer and the dust has settled, they say their views remain unchanged, though they think “it is a really important subject for folks to be discussing.” As the discourse continues, privilege and wealth will undoubtedly continue to be conflated. But what likely won’t change is the fact that parents’ ability to assist their kids in ways other than handing them a large sum of money still translates into very real advantages. So in the end, maybe the distinction doesn’t really matter.

This article appears in print in the April 2022 issue of Maclean’s magazine with the headline “If I were a rich kid.” Subscribe to the monthly print magazine here.