Has 'fixing' Canada's mortgage market made it riskier?

Tighter lending rules will send borrowers into the arms of 'alternative lenders,' posing a whole new set of hazards 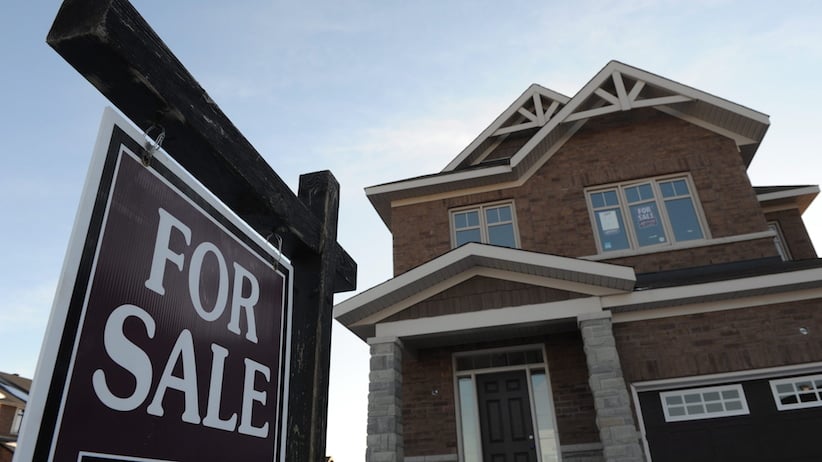 Adam Farber has a practical, if slightly gory, view of his place in Canada’s mortgage market. “You come to me with an open wound,” he says. “You’ve been beaten up. I’m your last option.” Farber, the vice-president of Corwin Mortgage Capital in Toronto, is a private mortgage lender. Borrowers who can’t get a loan elsewhere will sometimes seek private funds that bear higher interest rates. It’s a business that’s mostly unregulated—and set to grow. Ironically, one of the unintended—and potentially dangerous—consequences of regulators’ recent attempts to stabilize the mortgage market may be to push people toward riskier products. “My business is going to explode at this point,” Farber predicts. “With me, people are going to qualify because there’s no stress-test.”

Earlier this month, the Office of the Superintendent of Financial Institutions, the country’s banking regulator, introduced a new stress-test for banks to apply to borrowers. Those taking out uninsured mortgages have to be qualified at whichever rate is higher: the rate offered by the bank plus two per cent, or the five-year benchmark rate published by the Bank of Canada. The rules follow similar changes last year that apply to borrowers of insured mortgages. OSFI wants to ensure that banks are not making loans to people who won’t be able to afford them when interest rates rise, a scenario that would put the country’s financial system at risk.

The change will have a big impact on the housing market. Typically, borrowers who can’t qualify for a mortgage at a traditional bank might try to get one from an alternative lender, such as Home Capital Group or Equitable Bank. These companies specialize in lending to self-employed and new Canadians who might not have the income or credit history required by banks. Large alt lenders are regulated by OSFI and have to implement the new stress-tests, too (credit unions are provincially regulated are not subject to OSFI’s rules, though some expect them to fall in-line) meaning some borrowers will no longer qualify here either. Most will opt for a smaller mortgage or delay purchasing a home.

RELATED: Just how safe is the world of ‘syndicated mortgages’?

But some will try their luck at unregulated or less regulated lenders outside of OSFI’s purview, which generally provide short-term, interest-only loans at high rates, starting north of seven per cent. Typically, a borrower might take a private loan for a short period of time to build better credit, and later move to an alt lender to secure a lower rate. Private lenders also do a robust business in second (even third) mortgages; ads make sure to note bad credit is not an issue. The high interest rates in the sector might not be a deterrent for borrowers, depending on how badly they want to own a home.

“Home ownership is a dream for many,” says Paul Taylor, CEO of Mortgage Professionals Canada, the industry lobby group. “Even if you are comparatively paying higher interest rates than the rest of the market, if there’s still an opportunity for you to own a piece of property, you will take it.” OSFI acknowledged the risk, as well. “That would not be an intended consequence, nor would it would be a completely unanticipated consequence,” OSFI head Jeremy Rudin told reporters last week.

It’s a diverse space, too. There are tiny mom-and-pop outfits, pools of capital backed by high-net worth individuals and mortgage investment corporations (MICs) that can solicit funds from the public. A patchwork of provincial organizations provide some form of regulation, but there’s little (or zero) scrutiny of underwriting criteria or the riskiness of a lender’s mortgage portfolio. “There’s an awful lot of people that might find themselves in loans that would not be prudent,” Taylor says.

For Farber, so long as the borrower has a healthy down payment and the property is likely to increase in value, he’ll lend the money more often than not. If a borrower defaults, private lenders are not averse to using the court process to take ownership of the property—especially if it can be sold at a profit. In this way, lending to marginal borrowers can be lucrative even if a deal goes south. That’s not Farber’s approach. “I don’t want to be kicking people out of their houses,” he says. His clients tend to be foreign buyers, real estate speculators or people looking to refinance. But there are plenty of less scrupulous lenders out there. “These are people that don’t take the best interests of the borrower in mind,” he says. “They just want to suffocate the borrower.”

Loans from mom-and-pop outfits can be sloppily arranged, too. One dispute that recently landed before an Ontario court involved a typo. The defendant asserted the interest rate was not eight per cent, but 0.8 per cent. “It appears to be a sad commentary on their competency and attention to detail,” the judge wrote of those involved. (The judge didn’t buy the defendant’s argument.)

Even more sophisticated MICs make questionable loans. Ron Alphonso, a mortgage broker and private lender in Toronto, comes across deals that he simply considers to be too risky—maybe the borrower’s down payment is too small, or Alphonso has concerns about their income or credit history. He’ll pass the lead to other MICs, and the deals get done. “We make less money than some of these guys, but if the market ever turns, we won’t lose like the others,” he says. “Lenders have leant into increasingly higher property values and not lost money. But these corporations aren’t built to manage a market with flat or declining property values.”

That leads to another concern about MICs. Many of them raise money from the general public, and returns have been generous because of the country’s booming real estate market. That could charge if home prices stagnate. “It’s flighty capital,” says Ben Rabidoux, president of North Cove Advisors, a research firm that provides analysis on the Canadian economy and housing market. “People invested in MICs and private mortgages have not seen a downturn in real estate.” If the market ever turns and returns drop, investors could ask for redemptions, leaving some MICs insolvent or hampering their ability to issue new loans. Lenders could use power-of-sale to recoup their money. “They’ll sacrifice someone’s equity to get their own capital back,” Rabidoux says. “You could see a scenario where you have these distressed sales at the leading edge of a downturn, and it would exacerbate the price declines.”

The risk is hypothetical, he concedes, but not unthinkable. Even Taylor with Mortgage Professionals highlights the concern posed by the funding structure of MICs. “When people feel like they’ve been burned in these types of arrangements, then capital dries up and that has significant shockwaves through economy.” His worry is not about the stability of existing MICs, but less experienced players that could emerge to take advantage of the opportunity created by the new stress-test.

Still, there is one big factor that could limit the growth of private lending in Canada: funding. Because the industry has already grown so much in recent years, private lenders are not exactly flush with cash to lend out. Raising money to meet any increased demand could be challenging. Private lenders are not banks, obviously, and can’t simply take deposits. They could raise funds by bundling and selling mortgages to financial institutions or securitize loans through the Canada Mortgage and Housing Corp., but doing so would subject these loans to OSFI’s provisions. That leaves them to solicit funds from investors, a more onerous process.

The private market might actually experience more demand than it can realistically meet, putting some kind of cap on the sector. That creates its own set of problems—if lenders-of-last-resort have to turn away business, then some Canadians simply won’t be able to get a loan anywhere, further weighing down the housing market. Given the alternative of unchecked growth in the unregulated market, that might not be such a bad thing.