Who earns what: Mayors of the world

It’s been nearly a year since Montreal Mayor Denis Coderre was elected. Here’s what mayors of similarly sized cities get paid

How does Montreal Mayor Denis Coderre’s salary stack up to the mayoral salaries of similar-sized cities elsewhere in the world? 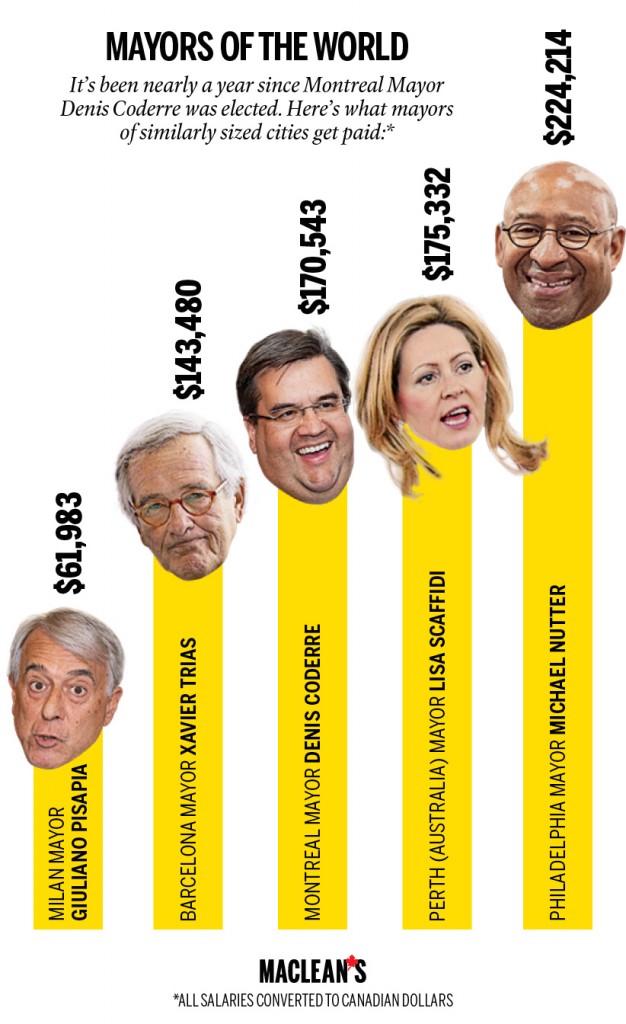 See more salary comparisons in our full Who Earns What series.

FILED UNDER: mayors who earns what