Millennials are demanding responsible investments, and big finance is listening

As their net worth grows, younger people want their investments to match their moral and political values. What are their options? 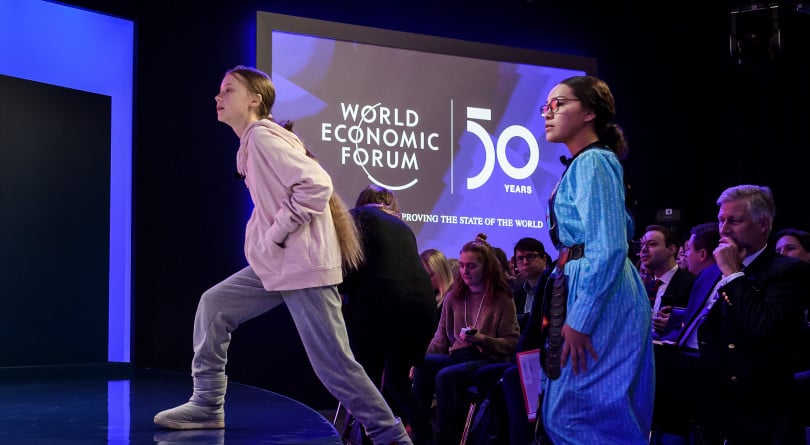 When economist Tim Nash started preaching the benefits of responsible investing more than a decade ago, he was labelled a “tree hugger” for his seemingly extreme strategy of putting money in companies that do good things for people and the planet.

Today, Nash’s views are supported by some of the global finance industry’s top players, including Canadian-born Bank of England governor Mark Carney and Larry Fink, CEO of BlackRock Inc., the world’s largest asset manager. Carney first flagged the risks climate change posed to the financial system in 2015 and underscored it as a major issue at the recent World Economic Forum event in Davos, Switzerland, appearing to side with teenage activist Greta Thunberg in her ongoing war of words with U.S. President Donald Trump over the state of the planet.

Over at BlackRock, which manages about US$7 trillion in assets, Fink told CEOs in his annual letter that his firm would “place sustainability at the centre of [its] investment approach” and double the number to 150 of its exchange-traded funds (ETFs) covering environmental, social and governance (ESG) themes over the next few years, “so that clients have more choice for how to invest their money.”

Nash, an independent investment coach at Good Investing in Toronto, calls it “a win both ethically and financially” for investors and corporations—not to mention a validation of his long-held views.

READ: Here’s why investing at the start of the year is so important

BlackRock is among a growing list of investment firms boosting their ESG fund offerings as society appears to be waking up to the impacts of extreme weather events such the bush fires devastating Australia, plastics piling up in the oceans and repercussions of the #MeToo movement in workplaces worldwide. More companies are vowing to clean up their ESG acts, and the investment community is racing to package up their performance into a growing list of mutual fund products and ETFs (which are baskets of securities, like mutual funds, but trade like stocks and have lower costs), in part to meet demand from the socially conscious millennial generation as their net worth grows.

There are now dozens of ETFs and mutual funds on the market that give investors access to companies across a wide range of sectors working to improve their ESG performance, from banks and insurers to resource extraction companies, as well as those focused on specific themes such as water, clean technology and gender diversity. While the products are there, the investor interest has been slow to follow, until recently.

One of the oldest ETFs on the Toronto Stock Exchange is the iShares Jantzi Social Index ETF (ticker XEN), which launched in 2007. XEN’s assets under management hovered around $30 million for about a decade before nearly quintupling in assets over the past two years to more than $178 million, National Bank of Canada analysts noted in a recent report. “Despite the seasoned nature of the buzzword, ESG has yet to display broad grassroots interest, but sudden waves of development in this category became quite noticeable in 2019, potentially signalling shifts to come,” the report states.

A recent RBC Global Asset Management study shows about three-quarters of Canadians believe responsible investment portfolios “are the way of the future.” What’s more, 81 per cent of respondents believe these investments offer the same or better market returns than traditional investing. The results go against a perception that responsible investing means sacrificing returns. In fact, a growing body of research suggests the opposite, including an oft-cited 2015 report by Oxford University and Arabesque Partners that reviewed 200 studies in this area and concluded that 80 per cent show “prudent sustainability practices have a positive influence on investment performance.” That said, the market performance of ESG funds versus more traditional ones varies greatly depending on the time frame measured and the ESG product.

READ: It’s a scary world, but for investors fear can be a dangerous emotion

Companies with a stronger ESG performance are often more attractive because they’ve taken steps to reduce energy and waste, address diversity and inclusion, and do more in their communities, which makes them less risky in the eyes of investors. Millennials are also drawn to those proactive companies seen to be doing good for the environment and society. A recent study from the Morgan Stanley Institute for Sustainable Investing shows 67 per cent of millennials take part in at least one sustainable investing activity, such as investing in companies or funds that target specific ESG outcomes, versus 52 per cent of the general population. A global survey released by deVere Group, a global financial advisory firm headquartered in the United Arab Emirates, shows 77 per cent of millennials cite ESG investing as their top priority when investing, compared to 10 per cent who cited anticipated returns as most important and seven per cent who pointed to past performance.

Matthew Redding, 30, of Toronto switched his investments to ESG funds five years ago, after giving more thought to where his money was going. “I was looking to invest in a portfolio that more matched my moral and political values,” says Redding, who works at a non-profit that helps promote human rights. His money is in RBC Vision Funds, which are socially responsible mutual funds offered by RBC, Canada’s largest bank.

Redding says he’s more concerned about where his money goes than how much it grows. “For me, performance isn’t the most significant factor in making this decision [to be a responsible investor],” he says. “It’s more about sending a market signal that businesses that value profits over people and the environment, in the long run, are going to lose out,” adds Redding, who describes himself as a long-term investor. “I’m definitely aware that I could potentially be getting greater returns by having fewer scruples about where I place my money, but that’s less important to me than knowing I’m not actively perpetuating an unjust system.”

There’s intense debate around what should be labelled ESG. Some funds such as XEN, for example, include energy names so long as the companies seem to be improving their ESG performance. Others, such as the Horizons Global Sustainability Leaders Index ETF (ETHI), exclude fossil fuel companies as well as those involved in tobacco, guns and gambling. 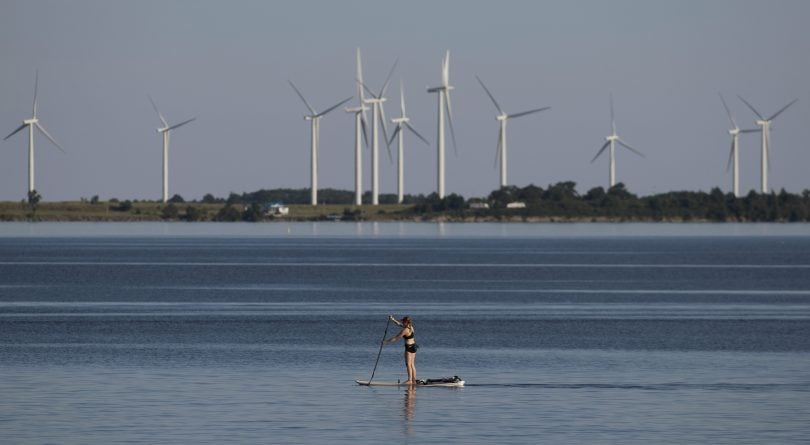 The ETHI fund, which includes companies such as Apple and Visa, returned 32.7 per cent in 2019 versus 31.5 per cent for the S&P 500 Total Return Index, helping to prove the point that ESG investments can beat their benchmarks, says Horizons Canada CEO Steve Hawkins. Since it launched in November 2018, the ETHI has grown from $5 million in assets under management to around $21.2 million. That’s still a fraction of the $2.1 billion held in its flagship Horizons S&P/TSX 60 Index ETF.

“The amount of money we’ve raised to date is a reflection of a retail market still in the early days of ESG investing—and we see this as a long-term growth opportunity,” Hawkins says. “As we work to dispel the myth about responsible investing returns, over time, we expect retail investors will look to make better investment choices for their portfolio and the planet, including choosing ETHI.” It’s that confidence, Hawkins adds, that has Horizons planning to expand its lineup of responsible ETFs this year.

This confusion over what is considered a socially responsible investment has been holding the sector back, says Hawkins. “There’s no clear differentiation of what these terms mean, how people are interpreting them,” he says, and wants regulators to step in and provide some guidance for the financial industry and investors.

Toronto-based Evolve Funds Group Inc. has yet to launch a pure-play ETF, instead opting to sell thematic ETFs with an ESG bent. These include the Evolve Cyber Security Index Fund (CYBR), a play on good corporate governance as companies protect their data and privacy, and the Evolve Automobile Innovation Index Fund (CARS), a bet on electric vehicle (EV) makers and the EV supply chain in the low-carbon economy. CYBR is one of the more popular Evolve ETFs, with assets of more than $78 million, while CARS has had less traction, at about $11 million. In January, the company announced its plans to close its HERS ETF, which held North American companies that showed a commitment to gender diversity but had only amassed $4.3 million in assets under management.

Evolve CEO Raj Lala says he needs to see more growth in ESG fund assets before launching a broader fund. While investors have good intentions around responsible investing, there’s not enough pickup yet, in his view. “I know everybody believes in it. I know everybody believes we have environmental, social and governance challenges and they want to support it. . . and most big organizations [are taking action] but I still haven’t seen the string tied from that to people putting their money where their mouth is and opening their wallet to invest in it.”

Lala believes the shift will happen in the coming years as ESG-conscious millennials pour more into the markets, both from their rising income streams and wealth passed on from parents and grandparents. “As we go through the greatest wealth transfer in history over the next 10 to 15 years, then I think you’re going to see some strong growth and demand in ESG mandates,” Lala says. “The millennial generation is very different than their parents. They want their investments to say something for them . . . they want to take a stance with their portfolio.”

Meanwhile, the sector continues to heat up. At the end of January, BMO Asset Management launched seven new socially responsible ETFs with Wealthsimple, the Toronto-based robo-advisor and money manager, announcing days later it will follow suit with its first two ESG ETFs.

For millennials making the ESG investment play, Good Investing’s Nash recommends they start by thinking about what they want to invest in, based on their values and beliefs. “Think about where you draw the line from a sustainability perspective,” he says, “including which companies are a hard ‘no.’ ” Investors should also look at the complete list of companies in the fund to see if any companies they don’t agree with are included. Lastly, “ask tough questions,” Nash says.

This article appears in print in the March 2020 issue of Maclean’s magazine with the headline, “Making money work for you—and the planet.” Subscribe to the monthly print magazine here.