The fee free-for-all at Canada’s banks 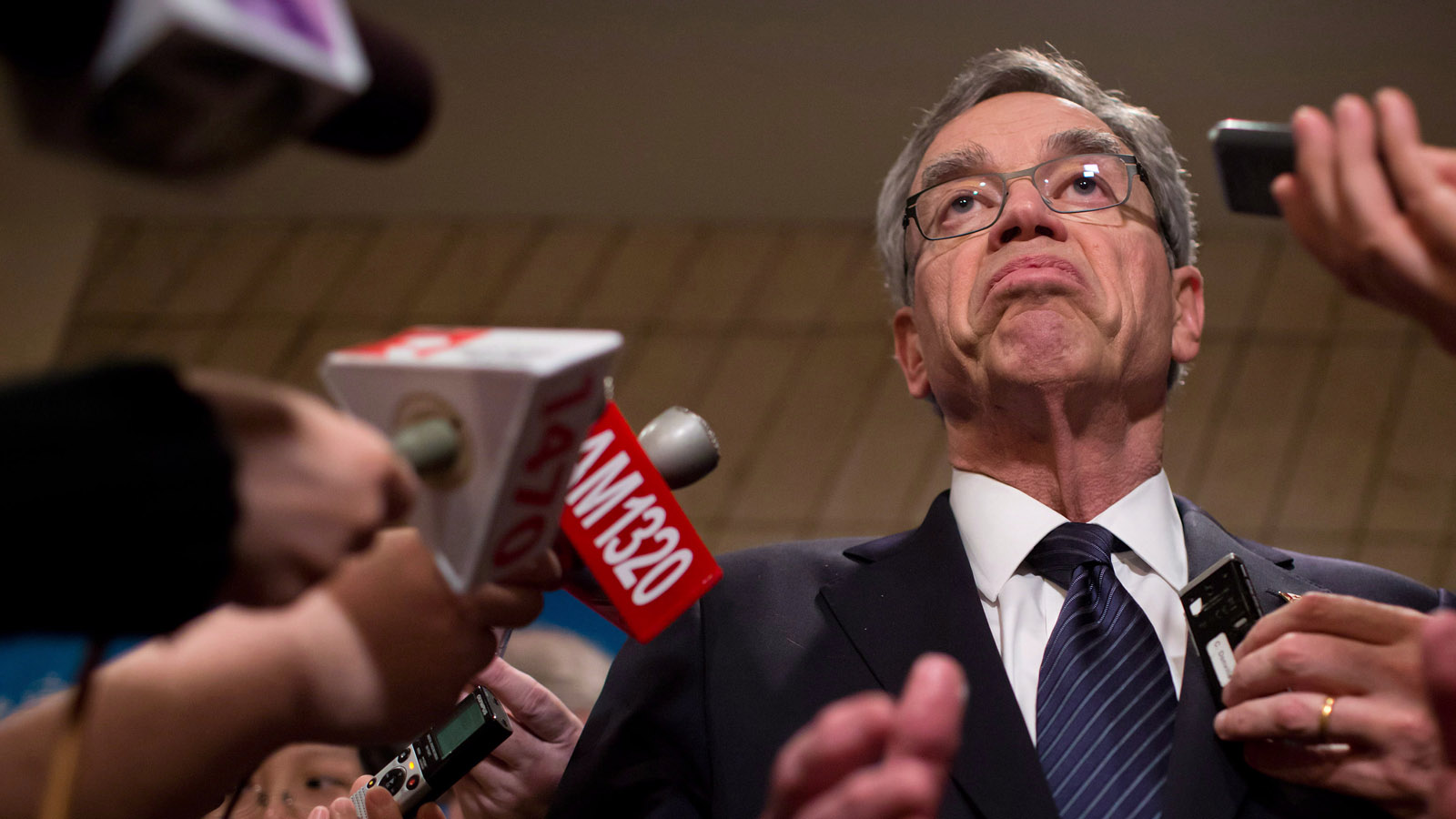 Somebody should tell Joe Oliver he’s doing it all wrong. When you’re a Conservative finance minister trying to score points by taking a page from the NDP’s populist guidebook to herding bank CEOs, it might help to use terms like “greedy” and “fat cat,” sprinkled with liberal references to bursting bank vaults and overpaid executives. Yet none of that was on display when Oliver announced Canada’s eight largest banks will offer new low-fee and no-fee accounts to Canadians. I suppose that’s not such a surprise. The business press did trumpet Oliver’s appointment to the finance portfolio in March with the headline: “Bay Street gets its man.”

After reminding Canadians of his financial services bona fides—“You don’t have to spend decades raising capital like I did to know that having a bank account is crucial”—the former investment banker and securities regulator ﬁred another volley in the government’s ongoing consumer rights crusade, a campaign as heavy on rhetoric about cross-border prices and naughty cellphone companies as it is light on logic. And so it is here with this latest scheme. The eight banks agree to make free accounts available to youth, students, low-income seniors and those living on disability. The low-cost accounts, meanwhile, will be available to other Canadians, with a fee capped at $4 per month. The new guidelines kick in next January.

You might be confused at this point, wondering, “But don’t some banks already offer no-fee accounts?” Why yes, yes they do. One is President’s Choice Financial, the grocery store bank. So do some credit unions. And so does Tangerine, the Bank of Nova Scotia subsidiary formerly known as ING Direct, once famous for its Dutch spokesman. One could almost hear echoes of that pitchman in Oliver’s speech as he said, “You work hard for your money; you deserve to keep more of it in your pocket.”

Put simply, the Conservatives muscled banks to offer a service that some banks already offer. If any further evidence was needed that this was pure political theatre, Oliver made sure to time the announcement amidst a week of blockbuster bank earnings. (Really, is there any other kind?) Over the span of a few days, Toronto-Dominion Bank, Royal Bank of Canada and Scotiabank each posted quarterly profits of between $1.8 and $2.2 billion, with more banks to report in the following days.

While the new rules target those with the lowest incomes and least assets, it was already relatively easy for that group to switch to a bank offering no-fee accounts. Instead, the new rules will most likely benefit wealthier clients with entrenched banking relationships—for instance, those customers with a mortgage, car loan, credit card, investment account and chequing account all at a single institution—who, either by choice or sheer laziness, have opted not to shop around. It’s certainly not a class of bank customer deserving of government intervention and protection. Now, courtesy of the Harper government, those bank customers may get a chance to switch to new low-cost accounts for $4 a month, rather than the $15 or $20 they might otherwise pay. But who’s fooling who? The bank will make up the difference with extra fees elsewhere.

By the government’s own estimate, seven million Canadians will have access to no-cost accounts starting next year, saving them, Oliver said, roughly $50 each a year. (That sound you heard was the collective air rushing out of the press conference when Oliver announced the tiny windfall, which is why most stories have ignored it and focused on the figure of seven million people instead.)

But let’s assume for a moment all those people pocket their $50 rather than fork it over to their bank. That’s $350 million. Spread out across all the institutions it’s hardly enough to break the bank, so to speak, but it’s not an insignificant sum either. We already know the banks will make up the difference. But still, why agree, with so little fuss, to forgo fees in the first place?

It’s not a stretch to assume the answer lies in the abrupt change in tone around mortgage rates and the housing market since Oliver took over at finance. While the late Jim Flaherty, wary of Canada’s teetering housing market and household debt levels—and the risk to taxpayers through the Canada Mortgage and Housing Corp.—famously and publicly berated the Bank of Montreal for slashing five-year fixed rates to 2.99 per cent, Oliver took a hands-off approach as BMO revived its 2.99 per cent rate, as RBC borrowed from the car industry and offered employee pricing on mortgages and as Investors Group unveiled a three-year variable mortgage rate of 1.99 per cent. Oliver has since said he sees no risk of overheating in the housing market. “We don’t think we are confronting a crisis,” he told CTV last week.

Sometime soon, possibly this year, TD and RBC will each see their total assets on their balance sheets cross the $1 trillion threshold, having roughly tripled in size in a decade. (Just four U.S. banks in the giant American economy have crossed into 13-digit territory). That growth wasn’t from bank account fees. If the price of peace on the all-important mortgage front is some forgone and easily recoverable fee revenue, while playing a bit role in the government’s consumer rights sideshow, any banker—even Joe Oliver—would tell you that’s a deal worth making.