We don’t pay with pennies or get them back in change. Why have them at all? 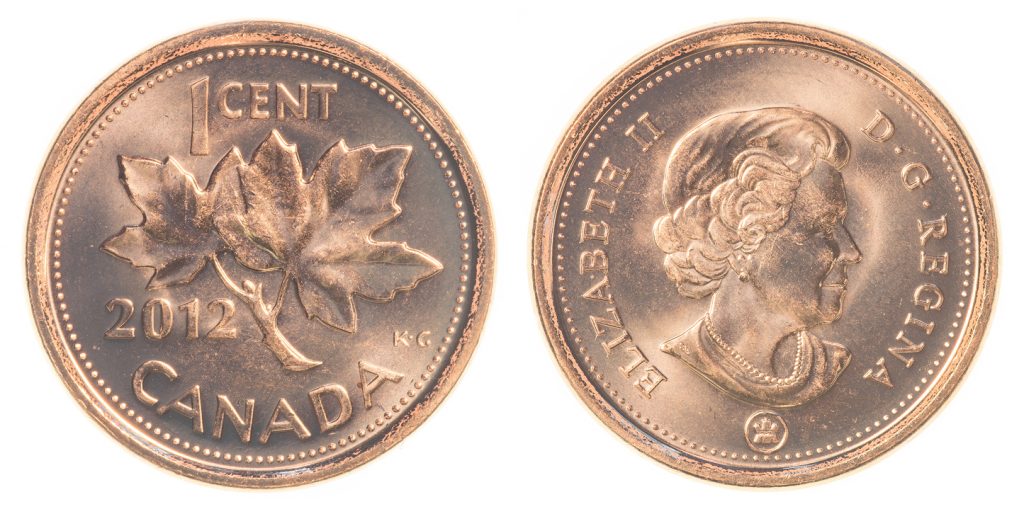 Derided by economists for being too expensive to circulate and contributing virtually no buying power, the penny was pulled from circulation in 2013. Its death went observed but not generally mourned by Canadians, whose pockets and purses were suddenly a lot lighter and much less bulky. There was no large-scale, emotional “Save the Penny” movement.

And yet, it haunts us still. Every time we buy groceries, a pair of shoes or fill up the tank. The price tags still have pennies on them. The price that rings up on the cash register after tax still uses pennies. It’s not really dead at all; the penny mocks us from beyond the grave on every price tag that ends in .99 — the vestige of an older, cash-focused world. Maybe we should have showed it more respect, like in the U.S., where there is still a vigorous debate over whether to drop it. Metal manufacturers and consumer groups alike are actively lobbying to keep it in circulation.

It seems a no-brainer that merchants would adjust their prices to the nearest nickel to save a step at the checkout, when cash payers must round up or down to a five-cent increment anyway. But no, it’s always ghost pennies. You pay them if you use credit, debit or cash card. For those of us still using old-fashioned cash, mostly on smaller transactions, you get rounded up or rounded down and pay by the nickel. If you don’t pay them or get them back in change, why have them at all?

READ: Eight things to hate about the penny

Can we just get rid of the penny already, and stop rounding altogether? There are economists who believe a large-scale move to completely eliminate the ghost penny is inevitable. Desjardins senior economist Hendrix Vachon, who co-authored a report that advocated for the penny’s removal in 2008, tells Maclean’s he expects retailers will adjust prices to accommodate the lowest valued coin in circulation at some point in the next few years.

Digital pennies bother no one

More and more Canadians are doing most of their spending by tapping with plastic or some kind of mobile payment system, like PayPal or Apple Pay. But bricks-and-mortor stores are still transacting in cash, for now, on smaller common purchases.

According to a Bank of Canada report, cash is still the most often-used payment method (51%) across all transactions in Canada. That means there’s more rounding than card tapping happening at check-outs nationwide. But cash use has been declining, from just under 8 billion transactions in 2011 to just over 6 billion in 2016, according to another report, this one from Payments Canada. Despite being involved in the majority of transactions, cash accounted for only 13% of the total dollar value that changed hands.

Bigger purchases remain the domain of credit cards, which Payments Canada said accounted for $462 billion’s worth of spending in 2016 (compared to cash’s $125 billion). And thanks to flourishing loyalty point programs and new credit products designed to be used for day-to-day purchases, credit cards are starting to take up more of those lower-value transactions.

Mobile is playing a big part in the shift as well, according to Paul Parisi, president of PayPal Canada. “In the last few years, the rapid increase in paying for parking, cabs, event tickets, coffee, food and grocery delivery – all enabled through mobile apps on the phone – has led to a spike in growth on transactions ranging from $10 to $300,” Parisi tells Maclean’s. PayPal processed $49 billion in mobile payments worldwide between January and March —52% more than last year — driven largely by these smaller purchases.

Death and taxes —and pennies

The Retail Council of Canada’s Karl Littler points out an even simpler reason why rounding to the nickel won’t rid us of the ghost penny anyway. “Taxes,” he says. With different rates across provinces, even a pre-tax bill that rounds nicely to, say, $10.50 ends up as $11.87 with Ontario’s HST.

Plus, merchants can’t overlook the power that penny-specific sticker prices have over shoppers, even if that price gets rounded off at the till. The longstanding practice of “charm pricing” a $3.00 product as $2.99 is one of the oldest tricks in the book that author and retail researcher Nick Kolenda says businesses will continue to use, simply because it works.

However, Kolenda says there are times when a rounded, full-dollar price tag may be more appealing to shoppers. “Research shows that people prefer round prices for emotional products (like ice cream, for example, as opposed to a screw driver) because round prices feel quick and intuitive, which resembles the feelings we experience from emotional products. So the price ‘feels right.’”

Are you ready for the ‘ghost nickel’?

Vachon at Desjardins is already looking ahead to what happens with the complete demise of the penny in product pricing. Will that give us closure? Nope. Canada may not be done killing coins and he sees the nickel going to its grave, too.

READ: So long, penny. Why don’t you take the nickel and the dime with you, too?

In a February report, Vachon makes his case why the nickel needs to go, using many of the same arguments for the penny’s exile: low spending power and a high cost to manufacture them and keep them in circulation. “The longer we hold it, the more expensive it will be to get rid of it,” he says. “Without the nickel, cash payments would be rounded to the nearest ten cents.”

Vachon isn’t done remaking our coin lineup. “As well, the 25-cent coin would become less relevant,” he adds.  “The 50-cent coin would become more useful, and the addition of a 20-cent coin, as in other countries, would be considered.” For the record, the Royal Canadian Mint confirmed that there are currently no plans or discussions focused on nickel killing, never mind the quarter.

It may take years for general thinking to catch up with Vachon. And more than likely, we could face another scenario where there are price increments on the cashier screen that don’t match anything you could carry in your pocket. So, if we pushed ahead and scrapped the five-cent coin, the odds are we’d be rounding up or down to the dime. And we’d be complaining about the ghost nickel.

MORE ABOUT THE PENNY: