These are the most common myths about bankruptcy in Canada

When it comes to personal bankruptcy, Canadians have a lot of mistaken beliefs that need clearing up, writes insolvency expert Scott Terrio 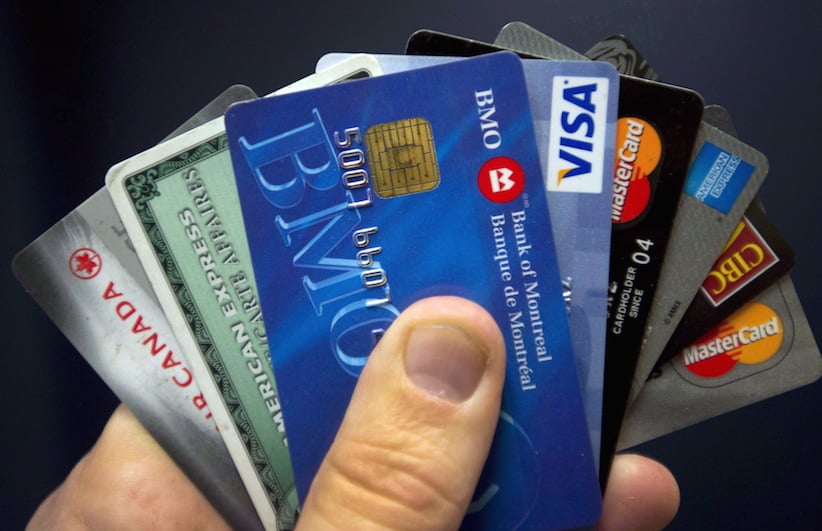 “The Act permits an honest debtor, who has been unfortunate…” to “…make a fresh start…”.

So reads page two of the 1,841 page annotated Bankruptcy and Insolvency Act (BIA) regarding a person who files bankruptcy. The legal process of bankruptcy effectively assumes one’s ‘innocence’ and is intended to be financially rehabilitative rather than punitive in nature. The days of debtor’s prisons have been assigned to the scrapheap of history.

Yet bankruptcy—and legal insolvency generally—is one of the more mercurial and misunderstood areas of personal finance. Recently I wrote an article arguing that unsustainable debt loads have become the new normal in Canada, in which I drew on my first hand experience with people struggling with debt trouble. As such, I have personally met with thousands of clients and have fielded every type of question imaginable about debt, assets, income, investments, businesses, taxes and just about anything else you could conjure up.

Myths about bankruptcy abound. Licensed insolvency trustees and their staff, such as ours, spend a lot of time dispelling misinformation when we are asked about what is involved with bankruptcy.

From what I’ve seen there are three possible explanations for the myths that exist about bankruptcy. Firstly, the majority of people will simply never have any personal involvement with it; secondly, our proximity in Canada to our giant neighbour, the U.S., from which we get most of our TV, film and even news consumption, means we hear tales of “Chapter 7” or “Chapter 13,” yet Canadian bankruptcy law differs greatly from the U.S. Bankruptcy Code. And thirdly, we have that font of unending opinion masquerading as fact known as the Internet.

Faced with such formidable competition for legal knowledge, it’s worth taking some time to address the most common bankruptcy myths in Canada, ones we hear on a daily basis in our offices. Canadians should be aware of their rights and options in the event of financial trouble.

Here are the top 10 bankruptcy myths (in no particular order):

Very few people who file bankruptcy in Canada actually lose their homes these days. The net equity in your home is what is of interest to the creditors, specifically. And there are even exemptions for this depending on the province you live in ($10,000 in Ontario).

If there is non-exempt equity in your house when you file for bankruptcy,  you make a settlement payable to the estate (via the Trustee). Upon discharge, the trustee would release its interest in the property. Or you could file a Consumer Proposal as an alternative to bankruptcy (in which case your assets are yours to keep, anyway). Either way, you would keep your home. Or you can choose to have the Trustee sell the home and use the proceeds to pay the creditors only the amounts they are owed by proven claims.

2. I will lose my possessions

Personal effects, furniture and household goods are exempt in bankruptcy. Exceptions would be made if you had items of extraordinary value such as fine art, which you would be asked to declare on your sworn Statement of Affairs to the creditors. You can exempt one car with a net value of $6,600 or less. So if you have a fully encumbered car (financed or leased), keep it if you wish, provided you continue to make the payments in the normal course of business. Keep your stuff.

It is illegal for an employer to terminate employment simply for filing a bankruptcy. In fact, unless there is a wage garnishing order in place, your employer will not be informed of your filing. Some professions have rules in place precluding your filing a bankruptcy, such as having a broker’s license in which trust accounts are managed. In that case, a proposal could be filed instead as it does not include such restrictions.

Laugh if you like but we get asked this a lot. I hesitate to even mention it, but it is possible to be imprisoned under s. 198 of the BIA for Bankruptcy Offenses, but it is rare and you’d have to work hard to get there. Example: fraudulent sworn statements or conveyances (transfers of property) without disclosure. In well over two decades of practice, we’ve never had a bankrupt person go to jail.

5. My spouse’s credit will be affected

An almost universal question for married people who file bankruptcy. You cannot affect another person’s credit by filing a bankruptcy, period. If you have joint debts with your spouse and he or she does not also file, they are 100 per cent liable for those debts and only those debts.

6. I will not be able to get future credit/buy a house

As stated earlier, bankruptcy is intended to be rehabilitative in nature, not punitive. It would not be fair to punish someone forever for filing a bankruptcy, so the record of it stays on your credit report for six years following discharge for first-time bankrupts. After that, it is gone. Your ability to buy a house will always be governed by your financial circumstances: your income, your assets, your spending and obligations. Many former bankrupts have been taught budgeting by their Trustee as part of the process and are now, of course, debt-free. So on paper, as long as they have the downpayment, many look pretty attractive as a lending risk. Even while the bankruptcy is still on your report when you apply for a mortgage, most still get approved in our experience. CMHC will guarantee a mortgage within three years of your discharge from bankruptcy depending on your financial situation.

7. I will not be able to renew my mortgage

Everybody who has an existing mortgage has asked this, and we’ve never had one client not get renewed, provided they remain with their existing lender and are current with the payments. Most are set up for auto-renewal.

8. I cannot include the taxes I owe in bankruptcy

Absolutely untrue. All taxes owing are unsecured debts fully dischargeable by bankruptcy (and proposals). This includes not just personal income tax but HST and, in the case of a business, payroll tax, which is a director liability and would trail you personally. The myth about taxes not being dischargeable in bankruptcy likely derives from the U.S. Bankruptcy Code, in which only certain tax debt for specific periods are dischargeable and only in certain situations. Canadian bankruptcy law discharges all tax debt universally, unless the Canada Revenue Agency has taken steps to secure it (a lien on a property) or in the case of fraud or tax evasion.

9. I will not be able to keep any lottery winnings

Despite how few people actually win the lottery, almost everyone asks about this. Any unexpected windfall of money during a bankruptcy is considered a non-exempt cash asset of the estate that vests in the Trustee for the general benefit of creditors. In normal parlance: the Trustee would pay out all proven claims by unsecured creditors in the bankruptcy in full, and the remaining lottery winnings would be returned at the time of discharge.

10. My trustee will restrict the income I can make

The bankruptcy act sets out surplus income standards, updated annually, which govern the portion of the bankrupt’s income which should be paid to creditors. The standards are based on the number of people in a given household. So a bankrupt is technically not restricted in what they can make, but they must pay more if they make more above these levels. The bankruptcy would also be longer (before discharge) if there is surplus income.

Wrong. Mortgage shortfalls certainly can be included in a bankruptcy (or consumer proposal). But it only matters in the provinces with power of sale legislation: Ontario, Newfoundland, New Brunswick and PEI. Let me explain by way of some background.

In Canada, certain provinces have power of sale legislation in place. In that system, a lender will commence proceedings when the homeowner defaults on their mortgage. The borrower remains responsible for any losses the lender may incur from the sale, and the lender will then commence legal action to recover the shortfall.

By contrast, a foreclosure (also the prevailing law in the U.S.) is undertaken by a lender when the homeowner defaults on their mortgage, but in this case the borrower is not liable for any loss incurred by the lender. In the U.S., many homeowners walked away from their properties during the 2008 housing crisis and were not liable for the shortfalls.

A bankruptcy (or a consumer proposal) stops or prevents any legal action taken against a homeowner for the shortfall incurred by the lender. It becomes a debt fully dischargeable in bankruptcy or via a completed proposal. This includes any type of mortgage (first, second, HELOCs, privates). The secured debt gets paid out as much as possible from the property’s sale, and any shortfall is unsecured, and therefore eligible for discharge in any insolvency proceeding.

So if you are upside down on your mortgage (you owe more than the home’s value), you could file a bankruptcy or proposal and include that shortfall amount amongst your other unsecured debts in that insolvency. That is a sizeable advantage to a debtor versus being on the hook for any loss in a foreclosure.