What are the odds you'll actually win the Powerball jackpot?

Thinking you might get lucky in this record-setting Powerball? Getting struck by a part of an airplane is actually 29 times more likely 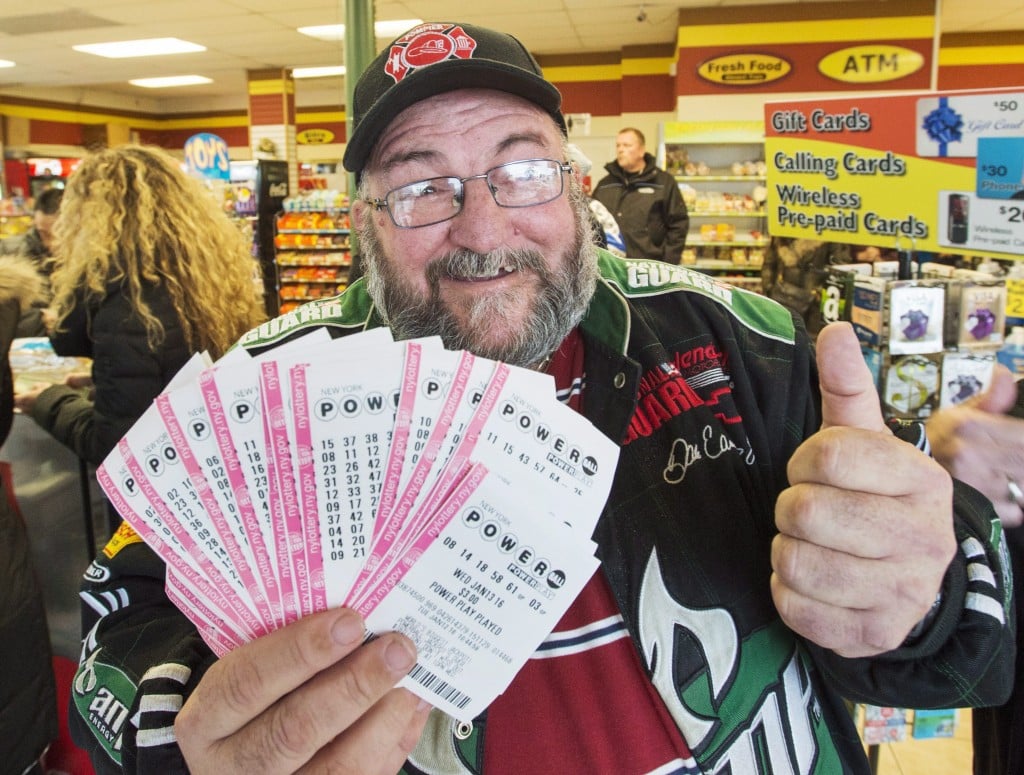 Robert Charbonneau, from St-Donat, Que., holds up $1,000 worth of Powerball tickets for himself and his friends at a convenience store, Tuesday, January 12, 2016 in the border town of Champlain, N.Y. The jackpot has reached a record setting $1.5 billion. THE CANADIAN PRESS/Ryan Remiorz

So, just how lucky are you feeling?

Apparently Canadians have been swept up in the Powerball madness affecting our American neighbours, as thousands of us are snapping up tickets to Wednesday’s estimated US $1.5 billion jackpot.

It’s the largest jackpot in US lottery history, easily surpassing the March 2012 Mega Millions payout of US $656 million. But make no mistake, the odds of your numbers being drawn are astronomically long – about 1 in 292 million. But don’t let the long odds dissuade you. Scientists say the odds of a planet being in just the right location to sustain life is roughly 400 billion to 1, and we nailed that billions of years ago!

So if you should happen to win the big jackpot, how much will you be able to bring home?

The $1.5 billion is intended to be payed out in annual payments, with adjustments for inflation, but if you want to get it all in one lump sum, you’ll be getting about $930 million. Not quite Mark Zuckerberg territory anymore, but still a pretty healthy chunk of change.

Related: Some ideas on what to buy with a record-setting jackpot

The United States treat lottery winnings as income, and could take 25 per cent of it right off the top if an American resident wins the jackpot. Canada does not consider lottery winnings as taxable income,according to the Ontario Lottery and Gaming Corporation, so you don’t have to worry about that haircut.

But the Internal Revenue Service wants its cut, and you can’t avoid the IRS. They’ll happily take 30 per cent of your winnings, thank you very much.

And each state charges state lottery taxes, so if you happen to have bought your ticket in New York, they want their 8.82 per cent cut.

In the end, that means your $1.5 billion could end up being as little as US $576 million – leaving you in Marissa Mayer’s neighbourhood instead of Warren Buffett’s.

On the flip side, with today’s currency exchange rate of 1.43, that works out to $824 million Canadian.