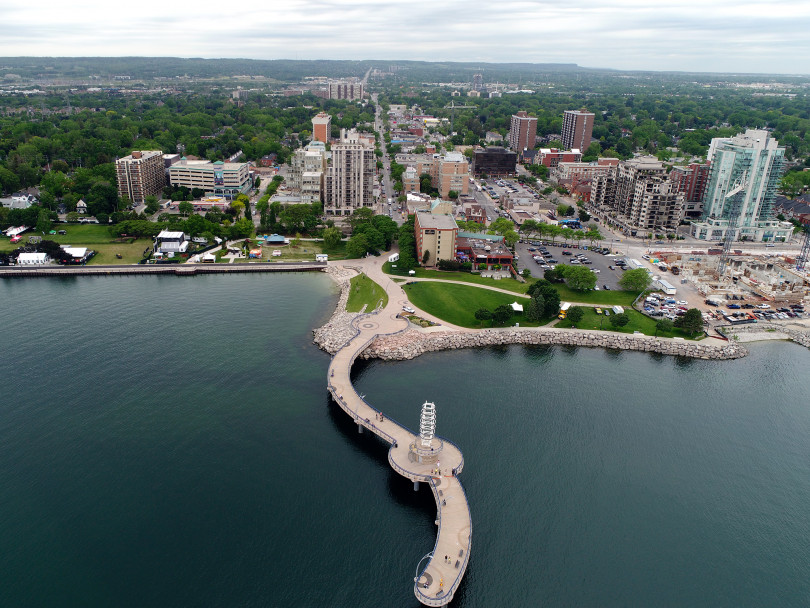 We know most of Canada loves to gripe about Ontario, so we’re sorry to report to rest of the country that the most populous province is also home to the best communities. It’s hard to beat everything Ontario has going for it: A strong economy, good weather, low crime and low health care wait times.

Ontario’s Hamilton-Niagara region fared particularly well this year, with our No. 1 and No. 2 communities both from the area. You can read more here about why we named Burlington—which is sometimes grouped in with the Hamilton-Niagara region and sometimes considered part of the Greater Toronto Area—this year’s best community in Canada. Grimsby, a town on Lake Ontario between Hamilton and St. Catharines that took second place, boasts great weather, an engaged community and a fast-growing population. Residents of Grimsby enjoy access to the region’s strong economy and quick driving times to the border as well as the benefits of life in a smaller town on the waterfront.

Ottawa sits at No. 3, thanks to its stable, government-fuelled economy and affordable cost of living. Oakville, Ont., which borders Burlington and shares many of the same advantages, came in fourth. But Oakville is part of the Toronto economic region, which had a higher unemployment rate and slower growth in full time jobs than Hamilton-Niagara over the one-year period we examined.

New Tecumseth, a town in Ontario’s Simcoe County, took fifth place. Like Grimsby, it’s one of our “super small towns,” benefiting from its proximity to Toronto as well as small-town advantages like low crime and high community engagement. More than three-fifths of this year’s top 50 spots went to towns with populations under 40,000. These communities are all either within driving distance of a larger population centre or hubs of local economic activity in their own right, and beat out the big cities in affordability, low crime and community engagement. Almost half of these super small towns are in Ontario.

If there’s anything Canadians love to gripe about more than Ontario, it’s Toronto, so again, we’re sorry to report that the numbers suggest it’s actually quite a good place to live—if you can stand it and afford it. Toronto came in 19th overall by excelling in some areas and performing very poorly in others. It’s the no. 1 municipality in the country for access to health care and amenities, but it clocked in just a few spots from the bottom in affordability.