There's a glut of homes on the market in Fort McMurray, which is bad news as oil patch layoffs start to hit 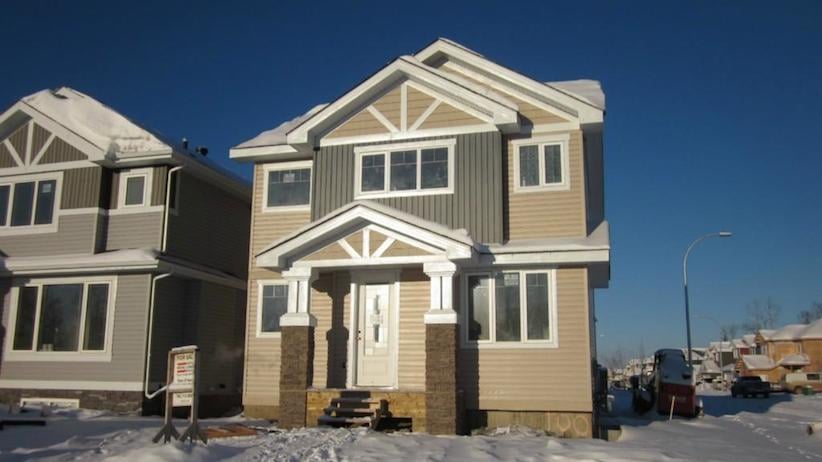 On Tuesday, Suncor announced plans to axe 1,000 jobs as it delays expansion plans at one of its oil-sands projects. While the cuts don’t involve any unionized jobs—yet—Ken Smith, president of Unifor Local 707A, which represents 4,000 Suncor employees, summed up the mood: “One thousand jobs, that’s pretty darn significant for any employer,” Smith said from his office in Fort McMurray, Alta. “This is not a good omen for Fort McMurray as a whole. We’re going to have rough times ahead. There’s going to be people in limbo. It puts everything up in the air.”

Or, as another Fort Mac resident, Debbie March, told the Globe and Mail: “It’s like the place has gone dead.”

Related:
Leach: Is it time to panic in the oil sands?
Kirby: Why the oil crash is bad for Canadian housing prices

Since the oil rout began, the question of when the aftershock would rumble through the Alberta housing market has been a hot topic. There are already signs of a slowdown in Calgary, with sales dropping 7.5 per cent in December from a year earlier. (Prices still jumped nearly 10 per cent.) As for Fort Mac, the epicentre of the oil crash, the local market is harder to assess. The most recent statistics date from November. Even so, this chart from the Fort McMurray Real Estate Board shows there was already a widening gulf between sales and listings back then. 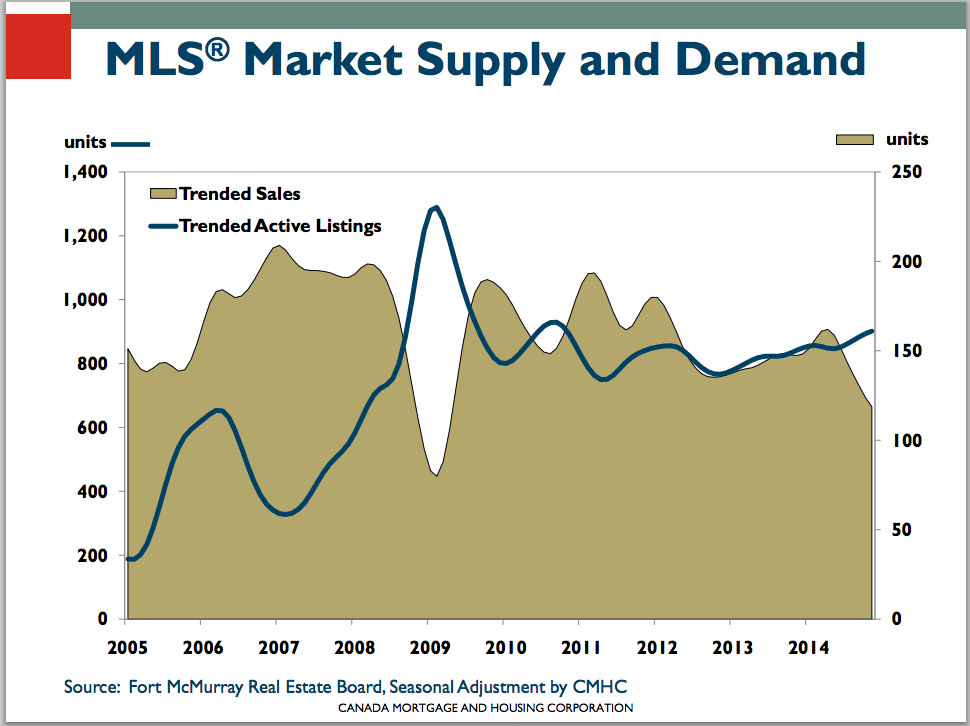 But there’s another way of seeing what’s gone on in Fort Mac real estate since then, and that’s by putting the local market in some perspective. I made the following maps using the map-drawing tool at Realtor.ca, which lets you see only those listings within the selected area. I traced the fast-growing Fort Mac subdivision of Timberlea, along with several wards in Toronto.

The results are quite startling. There were nearly as many homes on the market in that one Fort McMurray subdivision as in some of the most densely populated parts of Toronto. The Trinity-Spadina neighbourhood (Ward 20) is littered with condo construction cranes and condominium sales centres, but its listing-to-resident ratio is half that of Timberlea in Fort Mac. Relative to other parts of Toronto, away from the condo towers, the ratio of listings-to-residents is seven times higher in Fort Mac.