Hated by politicians, speculators and money-launderers, Andy Yan's data on Vancouver housing has earned him the right to say, 'I told you so' 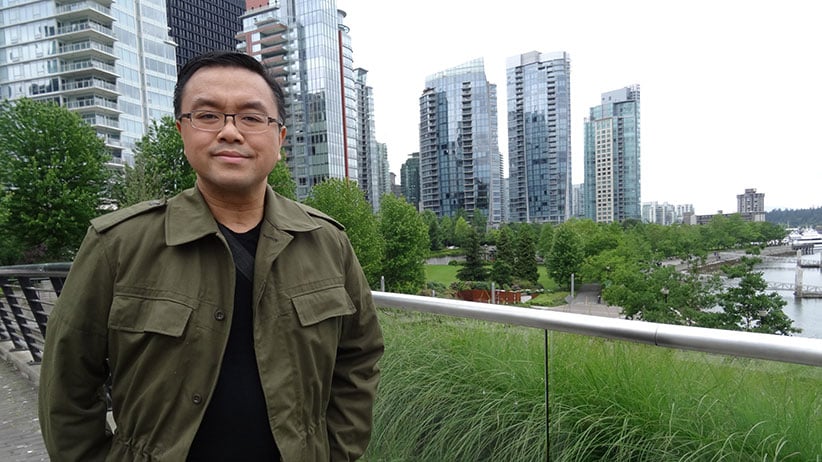 Andy Yan is a 42-year-old East Vancouverite who came up out of the proud working class ranks of Van Tech high school, toiling on weekends in the kill tank at the old Hallmark Poultry Factory on Clark Drive. He set out on a career in urban regeneration and applied demographics that took him to projects in New Orleans, New York City and San Francisco.

Nowadays he’s the director of the City Program at Simon Fraser University, and while he’s too modest to boast about it, along the way he’s picked up a couple of exceedingly rare civic distinctions.

The first is the enduring enmity of all the politicians, real estate speculators, white-collar currency pirates and money launderers who have turned Vancouver into a global swindler’s paradise for real estate racketeering, a city that is now also one of the world’s most hopelessly pathetic urban landscapes of housing affordability. The second thing Yan has earned is an unfettered and unimpeachable right to say “I told you so.”

Three years ago, Yan was anxious to get a handle on the role foreign capital was playing in Vancouver’s weirdly convulsing real estate market. At the time, Yan’s main gig was his work as an urban planner with Bing Thom Architects, on contract as an urban planner. When Yan published the results of his research in November, 2015, it came as a shock, for two main reasons. It seemed to conclusively prove what everybody knew but nobody was supposed to say out loud. And it broke a taboo that was enforced so absurdly that Vancouver mayor Gregor Robertson resorted to dismissing Yan’s research as racist.

Yan found that buyers with “non-Anglicised Chinese names” had picked up two-thirds of 172 houses sold over a six-month period beginning in September 2014 in Vancouver’s posh west side neighbourhoods. Contrary to public perception, however, the buyers weren’t just showing up with “bags of cash” to make their buys. Some of Canada’s biggest banks were in on it. Roughly 80 per cent of the deals involved a mortgage, and half of the mortgages were held by two banks – CIBC and HSBC.

Canada’s banks have mastered the manipulation of clandestine back channels around China’s currency control regulations—the same routes that well-connected Chinese multi-millionaires have been using to shift up to a trillion dollars’ worth of yuan out of China every year. What wasn’t clear about what was happening on Vancouver’ s west side, however, was who the real buyers were, exactly. The new homeowners’ most commonly stated occupation: housewife or homemaker.

Fast forward three years. The weirdness that Yan documented in Point Grey, Dunbar, Kerrisdale and Shaughnessy has rapidly spread southward and eastward, decoupling the bonds linking incomes with housing values across Burnaby, Richmond, Coquitlam, all the way out to Surrey and White Rock on the Canada-U.S. border. Metro Vancouver’s real estate market is now a dystopian tableau of panic buying, tax fraud, property flipping, overseas pre-construction condominium sales, stone cold speculation and elaborate, multiple-account money transfer rigmaroles that are the conduit of choice for drug cartel tycoons. Not even the heaviest regulatory hands at the controls of the Chinese Communist Party’s surveillance state seem capable of shutting the networks down.

It’s not just about shady Chinese money—not by a long shot. Vancouver’s old establishment property developers and real-estate companies fed the frenzies and made a killing. Along the way, they greased the skids by pouring buckets of money into Gregor Robertson’s now-dying Vision Vancouver civic party and Christy Clark’s Liberal Party. Robertson is now a sad figure, his legacy a shambles, his term up in October, and even his celebrated relationship with his glamorous girlfriend, the Chinese pop star Wanting Qu, fell apart last year. Qu’s mother, a Communist Party official in Harbin, remains on trial on charges of embezzling $70 million in a land swindle. Christy Clark is history, too. Her government was toppled last year by John Horgan’s New Democrats. With at least 60,000 Chinese immigrant investors sloshing their money around Metro Vancouver real estate over the past few years, federal politicians, too—Liberals, mainly—have been more than happy to rake it in at cash-for-access soirees and in generous donations to election campaign war chests.

In these ways, in Vancouver’s political circles, and in polite company, one simply didn’t mention the way the city’s housing market was being restructured to serve as an offshore investment bolthole for billions of dollars’ worth of shadow currency being spirited out of China, Iran, Russia and other such kleptocracies. But back in 2015, when the profoundly caucasian Mayor Robertson attempted to dismiss Yan’s findings—“I’m very concerned with the racist tones that are implied here,” Robertson said—it was a smear too far.

Yan’s great-grandfather was allowed into Canada only after being obliged to pay the infamously racist head tax Ottawa put in effect to keep out working-class Chinese immigrants. Students, merchants and diplomats were exempt. The head tax was in place until 1923. Yan wasn’t going to put up with Robertson’s backchat, and by that time, Vancouver’s ethnic Chinese community leaders had similarly lost their patience. White real estate moguls and politicians like Robertson persisted in proclaiming their anti-racist bona fides and purporting to be the champions of Vancouver’s Chinese community by shutting down public debates about the region’s housing catastrophe. Brandon Yan, a civic activist and volunteer on Vancouver’s planning commission, put it best: “Let’s leave it to the rich white dudes to decide what’s racist, right?”

Vancouver’s “condo king” Bob Rennie—a primary financial backer of Robertson’s NDP-tilting Vision Vancouver team and also the chief fundraiser for the NDP’s adversaries in Christy Clark’s Liberals—had cultivated a particularly brazen habit of it. “So you had these whispers about racism being used to shut down a dialogue about affordability and the kind of city we want to build here,” Andy Yan explained. “It’s a kind of moral signalling to camouflage immoral actions. It’s opportunism, and it’s a cover for the tremendous injustices that are emerging in the City of Vancouver and across the region. It’s a weird Vancouver thing. It’s very annoying. It’s kale in the smoothies or something.”

While the politicians and their friends in the property industry were making speeches about diversity and the importance of having sensitive feelings, foreign ownership grew to account for more than $45 billion dollars’ worth of Metro Vancouver residential property. Within Vancouver city limits, 7.6 per cent of all residential properties are now owned directly by individuals “whose principal residence is outside of Canada,” by the definition of the Canada Mortgage and Housing Corporation. Roughly one in ten Vancouver condos are owned by non-residents. And that’s just the owners we know about.

Transparency International reckons that perhaps half of Vancouver’s most expensive properties are owned by shell companies or trusts, with the nominal owners commonly listed as student, housewife, or homemaker. Roughly 99 per cent of the single detached houses within Vancouver’s city limits are now valued in excess of $1 million. More than 20,000 Vancouver homes are vacant, year round. Vancouver’s rental vacancy rate is hovering just below one per cent.

“I’m always careful about using biomedical analogies,” Yan told me the other day, “but what was like a little skin ailment, if you will, over the last 10 or 15 years, has become a full fledged cancer.” Over just the past four years, throughout Metro Vancouver, homes worth $1 million or more have risen from 23 per cent of the housing market in 2014 to 73 per cent of the market now. Yan has been putting together a series of maps that show how the $1 million “red line” has been moving inexorably across the region, deep into the suburbs. “But what those maps don’t do is they don’t factor in transportation costs,” Yan said. “The top two expenditures of any Canadian household is shelter and transportation. God help you if you factor in child care. The whole map might as well be red. A number of factors have all come together to produce this catastrophic situation, but what was a small concentrated pattern in the west side of Vancouver has now metastasized to hit every single part of the region, and it’s similarly metastasized into the rest of the economy.”

As for where things are headed, Horgan’s NDP government has raised expectations, mainly because of Attorney-General David Eby’s avowed determination to chase dirty money out of Vancouver’s housing market and bust up the gangland playground B.C.’s provincially-licenced casinos have become—money laundered through casinos has also been pouring into residential property acquisitions. In Tuesday’s throne speech,  delivered by Lt.-Gov. Judith Guichon, Horgan’s government directly addressed tax fraud, tax evasion and money laundering in the real estate market, hinting that a speculation tax is in the works. Next week, the New Democrats release their first full budget. The housing file, however, falls mainly to the more timid Carole James, former NDP leader and now deputy premier and finance minister. Preliminary indications aren’t particularly promising.

Developing appropriately punitive taxes to discourage property-flipping and offshore pre-construction sales – those are obvious fixes. But knowing how to fix things requires a clear understanding of what’s wrong, Yan says, and closing the “bare trust loophole” that allows property owners to hide their holdings is a must-do. Ontario closed the loophole back in the 1980s. Clark’s Liberals promised to close it, but they never did.

In the meantime, Yan is focusing on converting hidden-away data into publicly comprehensible information. Some key information Yan has drawn from a trove recently released by Statistics Canada’s Canadian Housing Statistics Program, for instance, shows that simply building more condominiums won’t do. A condo building boom in Metro Vancouver has kept the property developers happy, but there’s no evidence that the boost in supply has lessened demand or beaten back prices. Nearly one in five condos built in Vancouver since 2016 were snapped up by non-residents.

To a certain extent, there’s nothing new here,” Yan said, pointing to the Guinness family’s financing of the Lion’s Gate Bridge in the 1920s, and the opening up of the British Properties on Burrard Inlet’s north shore. “But what is new is the hyper-commodification of residential real estate, mixed in with an intensification of global flows of people and capital. It’s just a statement in fact. We’re talking about the globalization of the Chinese economy and its impacts.”

Yan says there may be some solution—a mix of remedies, new laws, purpose-built rental housing, tax adjustments and so on—that does not mean a collapse in Metro Vancouver’s real estate prices. Channelling foreign investment in such a way as to serve the public interest might be possible. “But whether this comes out as a bubble-popping isn’t the point. That’s a secondary concern to the kind of society we want to build. “We need to go back to civic virtues.

“We need to talk about the sacrifices we are willing and we need to make for the greater good of the community. We need to have a discussion about what the public good is, and what we are willing to sacrifice to make it happen.”