Out-of-office is the new office. Can the work-from-home boom last?

The pandemic has shown that many of us can work at home. So employers and real estate experts are asking: post-COVID, how much room does a company really need? 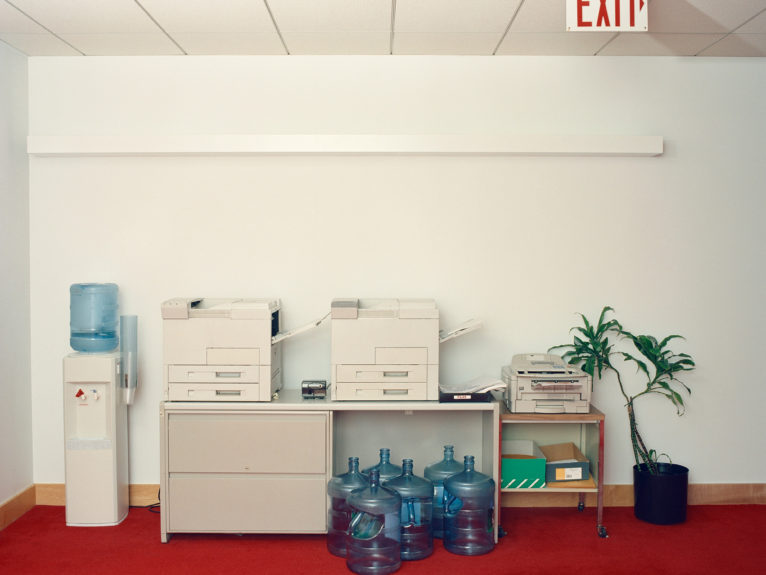 On March 16, about 80 employees of Polaris Transportation Group, a trucking company in Mississauga, Ont., packed up their laptops and keyboards to bring home. Some even took their office chairs with them. They continued their work on Polaris’s finances, customer support, customs, and IT and marketing, and about 36 hours later, the team was fully operational remotely, says the company’s owner, Dave Cox. “I think of ourselves as a digital trucking company.”

And, despite the fact that the company completed an addition last year that doubled its office footprint to 15,000 sq. feet in order to accommodate recent technological investments, Cox is now wondering how many of his employees will continue to work from home permanently once COVID-19 is in the rear-view mirror. “I don’t see a full building in the future,” he says.

Cox’s prediction raises a question plenty of other bosses and real estate experts are already pondering: how much room does a company really need anymore? And if it’s significantly less, how will that play out in the economy?

“One hundred per cent of our clients now have a different need for office space than they did before the pandemic,” says Darren Fleming, CEO of the Ottawa-based real estate firm Real Strategy. And based on conversations with dozens of companies, in the immediate future, “we think that will result in a total demand for office space dropping anywhere from 10 to 25 per cent, which is really significant.”

READ MORE: Office workers want a return to the cubicle

In downtowns, the decision of one company to offer a more flexible work-from-home policy might be felt across other workplaces. “If you were downtown because you wanted to be walking distance to the client site, and all of a sudden the clients aren’t there, it throws the network for a loop,” Fleming says. “All you need is one company to say, ‘We don’t need that space anymore,’ and it creates that vacuum effect.”

Some buildings are already getting cleaned out. The Conference Board of Canada recently announced on Twitter that its organization would transition entirely away from the office. The Ottawa headquarters that the non-profit think tank has called home for 35 years will be put up for sale. Less than eight kilometres away, Rogers won’t be renewing the lease on its Ottawa call centre; 375 customer service agents will work from home as part of a pilot project that could later impact 7,000 call centre employees across Canada.

Major players in the tech industry are also making their moves. Waterloo, Ont.-based software company OpenText Corp. announced a restructuring plan that will permanently reduce its number of offices by half. Twitter will let its workers work from home indefinitely. Meanwhile, Shopify founder Tobi Lütke announced on social media that most of his employees will now permanently work remotely as “office centricity is over” and his e-commerce giant is now “digital by default.”

What about projects that are currently under construction? “If I’m a builder with one that’s half-built, I’ll keep convincing myself that things will go back to normal,” says Ryerson University real estate management professor Murtaza Haider. “But the reality is that everything has shifted and the new normal, nobody knows. The future of these buildings is far from certain.”

While decades ago the rule of thumb was to have 250 sq. feet per employee in the office—“the Mad Men setup, where everyone had an office and a secretary,” says Avis Devine, an associate professor of real estate and infrastructure at York University—employers gradually found ways to fit more people into less space. Most recently open-concept layouts and hot desks have become commonplace in many corporate offices. It’s gotten to the point that some workplaces might have less than 100 sq. feet per worker. “That should bring about an image that looks like a call centre, basically,” says Devine. “You’re packed in if everyone is there concurrently.”

RELATED: Why learning from home is an unlikely training ground for a post-pandemic world

Office densification won’t work for employees post-pandemic, says Haider, as we will be mindful of people’s sneezes and coughs long after social distancing is a term of the past. “That fight for a six-foot bubble around us won’t end with COVID.” And so Devine predicts there will be two competing forces over office space post-COVID-19: employees will demand more space at the office when they do come in, while employers figure they won’t need as much office space if more folks are working from home.

“The biggest expenses for knowledge-economy firms are payroll and then rent,” says Haider. “All of these bigger employers have had the realization that their employees can be productive from home and they’re trying to rationalize the expense of an office.”

There’s no shortage of available workspace at the moment. Above downtown Toronto’s now decongested sidewalks, 169 office spaces were added to market in the second quarter of 2020, most of them new sublease offerings, according to a report from commercial real estate company Jones Lang LaSalle Inc. Meanwhile, for larger scale leases of more than 20,000 sq. feet, there was only a single new transaction signed during that three-month span. The Greater Toronto Area had about 3.6 million sq. feet of available office sublet space as of the end of July 2020—an increase of more than one million square feet since the end of 2019—according to data from the real estate research group CoStar. Vancouver’s sublet space nearly doubled to roughly 1.4 million sq. feet in the first seven months of 2020. Meanwhile in Ottawa, the amount of physically vacant office space an employer could move into immediately almost tripled to roughly 300,000 sq. feet.

But the long-term impact on the real estate market might not be apparent for a few years. Office leases are often valid for five years, while the pandemic is only months old at this point. But the (so far) short-term, nationwide work-from-home pilot project has opened the eyes of many employees to the fact that they may not need to spend time waiting in traffic or in line for coffee. About 40 per cent of Canadians work in jobs that likely can be done at home, according to a recent Statistics Canada survey, while an Angus Reid Institute survey found one in five Canadians reporting that they’ll keep working primarily from home post-COVID. Another 44 per cent said they expect they’ll split their work hours between the office and home.

And if fewer people come to the office every day, restaurants and retailers will have less foot traffic—even if they can open to full capacity—leaving retail-building landlords wondering what they can charge when leases come up for renewal. As for condo dwellers, “the big part about living downtown is you cut out your commute,” says Roelof van Dijk, director of market analytics for Canada at CoStar. “If you’re only going into the office twice a week, a long commute isn’t unbearable if the trade-off is more space in the suburbs—especially if you’re in a one-bedroom condo and you don’t have space to work from home.”

Not everyone is pessimistic about the future of the office. Toronto-based commercial real estate services firm Colliers International recently reported that nearly half of its tenant base (47 per cent) said their office space will decrease as a result of COVID-19. But the majority of those said the reason for office-space reduction was a decline in the number of employees. “A lot of that has to do with businesses reducing their costs,” says Daniel Holmes, a senior managing director with Colliers in Toronto. “If, post-COVID, their revenues return, so will their employees and their need for office space.”

Holmes adds that the office market in Toronto is still so tight, he doesn’t foresee the vacancy rate rising to the point that supply outpaces demand. In the interim, he explains, the commercial real estate market in the suburbs could become more attractive—the rent is cheaper and there are fewer elevators and more parking spaces for those who are no longer keen on taking public transit. “Most developers have the foresight to see beyond COVID and know the market will return,” says Holmes. His team even pitched a brand-new development in downtown Toronto, and another in the suburbs to the west.

“You can’t grow a good corporate culture with everyone working from home,” says Greg Kwong, Alberta’s managing director for the real estate firm CBRE. “To climb the corporate ladder, you have to be in the room. Rarely are contractors who are working out of their basement promoted to senior vice-president. Eventually, you have to show your face.” Not to mention, many people don’t have a space at home that’s conducive for working, or they have young children needing round-the-clock attention, or they enjoy the social aspects of going to the office, or their collaboration with co-workers requires face-to-face time.

If a vaccine is, optimistically, less than a year away, worries about being in a crowded elevator could soon disappear. “After 9/11, no one wanted to be in a high office tower in Manhattan,” says van Dijk. “But eventually everyone said they had to get back in there and Manhattan was booming again. Everyone is relying on a certain amount of global amnesia once we get beyond COVID. But will it be soon enough not to affect the office market too much?”

Back in Mississauga, Dave Cox is working out of his office, even if most of his colleagues aren’t. He knows some of them love working from home. He knows with some jobs he needs people on site, and with others, he doesn’t. And he knows the company won’t need all the space it currently occupies.

This article appears in print in the September 2020 issue of Maclean’s magazine with the headline, “Out of office.” Subscribe to the monthly print magazine here.