The Move: Why this veterinarian left P.E.I. for New Brunswick 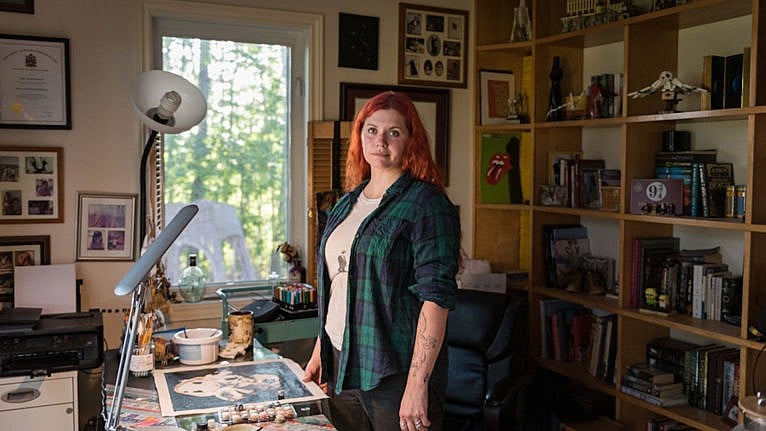 The backstory: Doucet grew up in Memramcook, New Brunswick, a small but scenic Acadian village southeast of Moncton. In 2015, she moved out of province to attend the Atlantic Veterinary College in Charlottetown. Doucet’s father, Daniel, a real estate appraiser, offered to put money toward a down payment to purchase property for Adele’s four-year stint in Prince Edward Island. “He was like, ‘You’ll make money in the end. You might as well build up your credit,’ ” she says. The process was daunting for the younger Doucet—then a first-time buyer—but the father-daughter duo eventually snapped up a four-bedroom detached home close to campus for $160,000. They rented two of its spare rooms to other veterinary students for $500 a month, which covered a good chunk of Adele’s mortgage payments.

After graduation, Doucet was eager to return to her home province. “There was a small Acadian community in P.E.I., but it wasn’t the same,” she says. “Plus, in Charlottetown, everything kind of shuts down in the winter.” She secured a job at a veterinary clinic back in Moncton months before wrapping her degree, and offloaded her temporary P.E.I. home in a private sale to a family friend for $215,000. Doucet’s dream was to put her share of the sale toward building a brand-new property on the four-acre plot next to her childhood home along the Petitcodiac River. (Her ever-generous parents had already moved, but held on to the adjacent land for her.) Doucet envisioned a small, well-lit A-frame with more than enough space for her growing brood of animals—at that point, she had a cat, a gecko and four sugar gliders. All told, she planned to spend around $200,000 on the build. “I wouldn’t have been able to build or buy a house in Memramcook without the profits from P.E.I.,” Doucet says. “Or I would have needed even more financial support from my parents.” 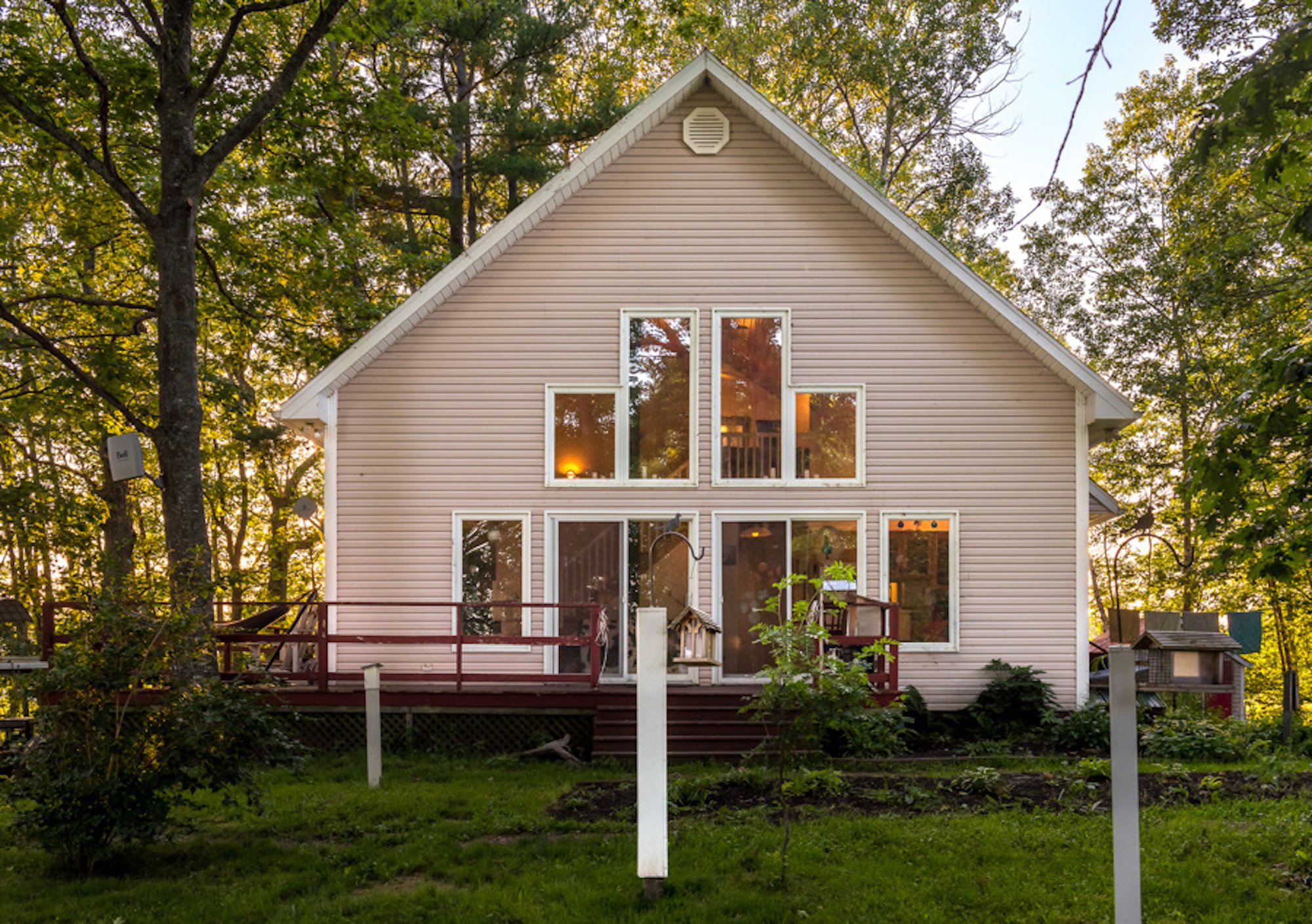 The hunt: Before any blueprints could be drawn up, Doucet’s aunt found a listing for a two-bedroom, one-bathroom property on the Petitcodiac River, priced at $179,900. “It was exactly what I wanted to build, but closer to town,” she said. “I tried not to get too excited, because I didn’t want to be let down.” Two days later, she booked a viewing, with her father in tow.

MORE: The Move: Priced out of Vancouver

The space needed a fresh coat of paint, but otherwise it was more or less move-in ready. It had plenty of natural light and partial views of the river. The main-floor entrance opened onto a spacious kitchen and wraparound living room, with a full bathroom and bedroom close by. (“I saw the bedroom and thought, That’s for my sugar gliders,” says Doucet.) The upper level featured a loft-style bedroom with vaulted ceilings and closets on both sides, plus a walkout to a quaint patio. And with no immediate neighbours—and protected marshland on both sides—the property was incredibly private. In the event Doucet craved human company, she could visit her sister, Dominique, who lives a one-minute drive away. 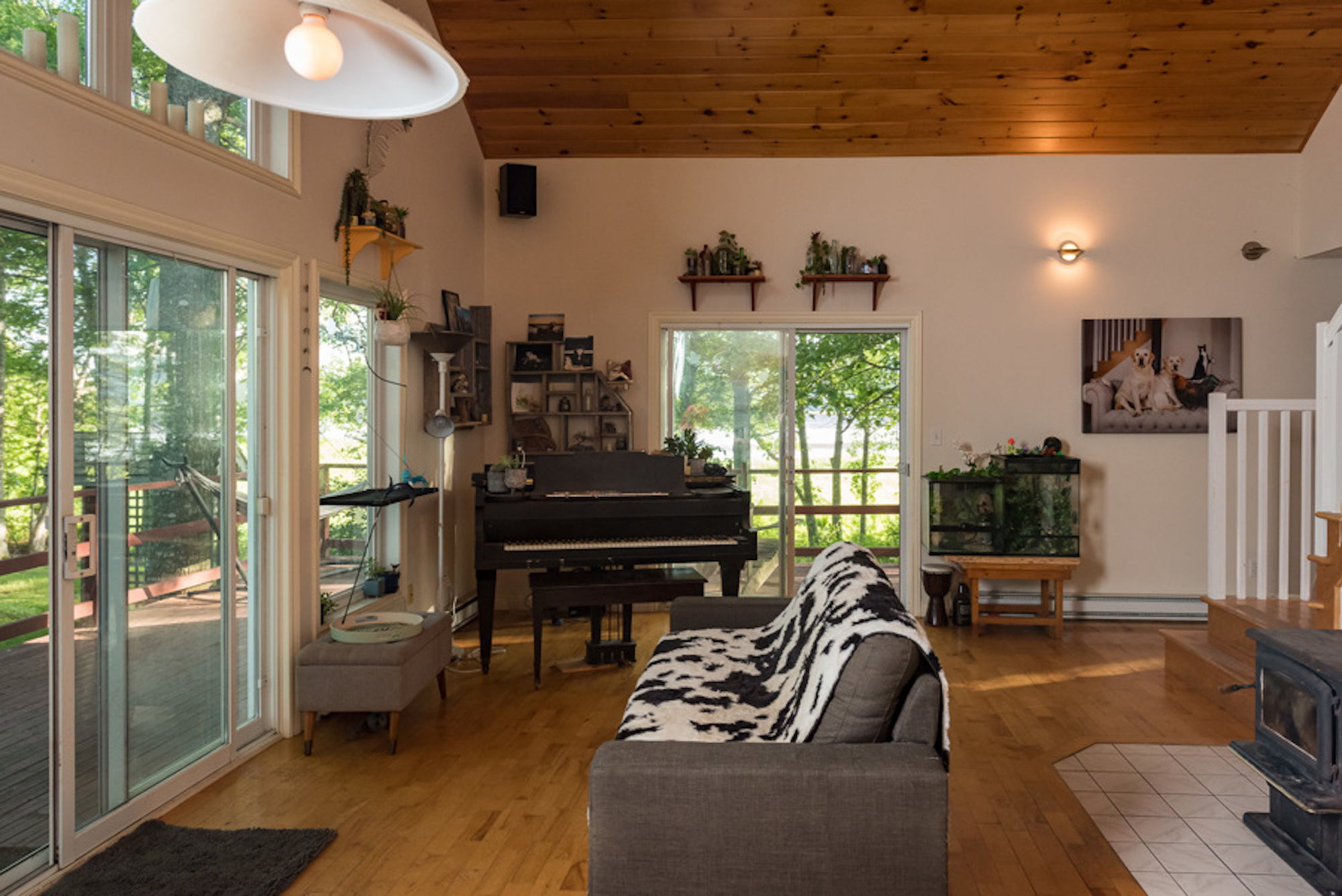 At the time of Doucet’s viewing, one offer had expired and another was awaiting financing. To edge out the other prospective buyer, Daniel co-signed the offer of $162,000. The owner, who had lived at the home for more than 30 years, accepted, and Doucet and her many animal companions moved in just after her graduation in May of 2019.

Doucet’s first year as a homeowner presented a learning curve: for one, she had to hire landscapers to clean up the fallen leaves from the property’s many mature oak trees. For the most part, though, nesting came easy: Doucet enjoys crafting in her nook, trips to nearby breweries and daily river walks with Mumford and Elton, the Labrador retrievers she adopted after the move. “I’m never moving—ever,” says Doucet, whose big summer project was building a coop for her resident flock of roosters. “I don’t think I could get a place better than the one I have.”