This snow-white castle in B.C. could be yours for $1.65 million 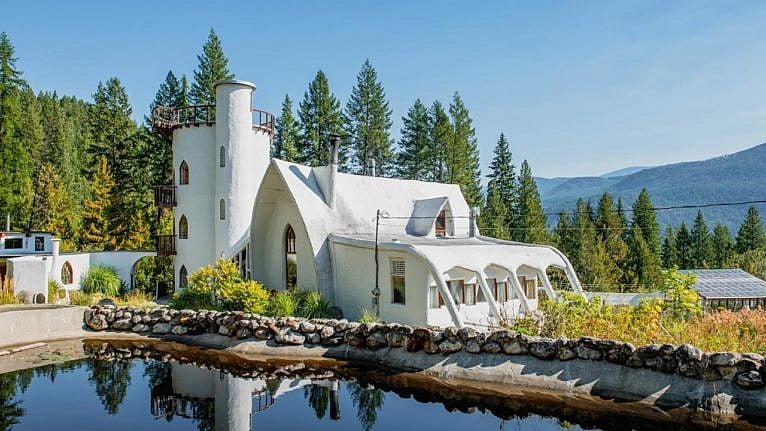 Next to the B.C.-Washington border, in the shadow of the Selkirk Mountains, sits a snow-white castle that looks like a Brothers Grimm backdrop. The keepers of the property aren’t a grizzled king or a giant dragon, but owners Harmen and Dawn van Hoogevest, a musician-slash–clinical counsellor and an artist who purchased the 22-acre plot in 1971 for $7,000. Now 82 and 74 respectively, the couple are looking to downsize: they’ve listed their enchanted castle for $1.65 million, ready to pass along their custom-built kingdom to another equally imaginative owner.

The van Hoogevests first lived in Vancouver in the 1960s, inhabiting a series of unconventional living quarters—from a leaky old fisheries-inspection boat to a school bus to a plywood box located in an orchard. Dawn, who was working as a waitress at the time, came up with the idea of pooling their pennies and buying a property where the couple could, as she put it, “really be free.” The duo dreamed of a home where they could grow their own food and nurture their creative spirits. They first laid eyes on their future castle grounds, located in Christina Lake, B.C., through an ad in the Vancouver Sun. They paid the site a visit in wintertime, tromping through five feet of snow, before putting in an offer. Immediately, Dawn and Harmen looked at one another and said, “We’re home.” 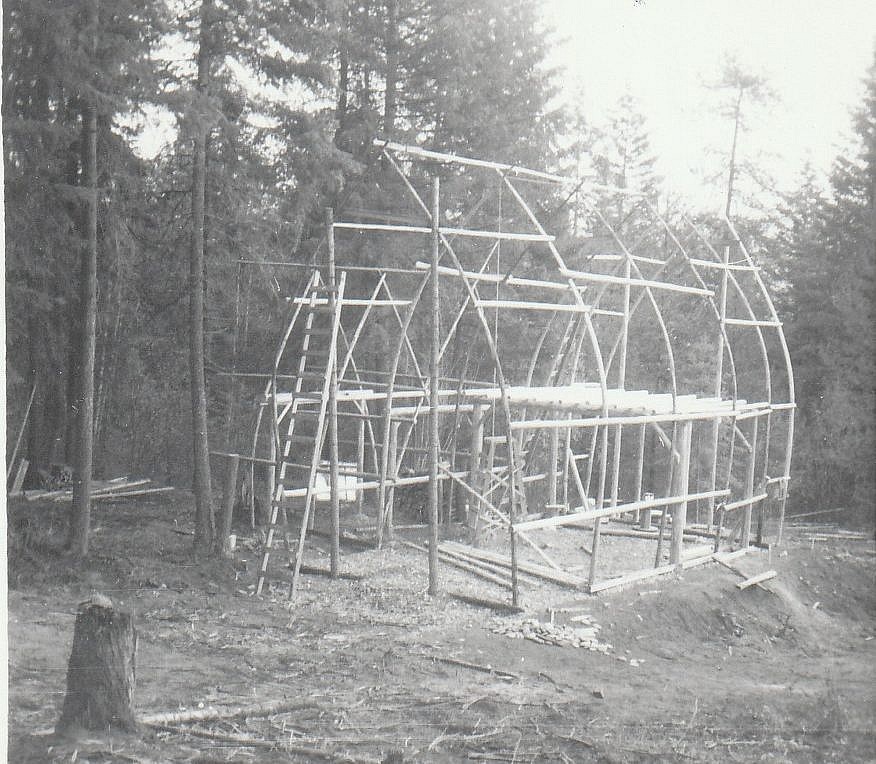 At the time, the property’s only standing structure was a rickety log cabin with no windows—which, until then, had served as an illicit party spot for local teens. Unfazed by the squalor, Dawn and Harmen quickly covered the open windows with building plastic so they could move in. Without running water, they boiled water from a nearby creek to bathe in. For eight years, they lived on the property with no electricity, walking down the mountain every week to do laundry and buy groceries. They took work at the local sawmill to fund the construction of their dream home. 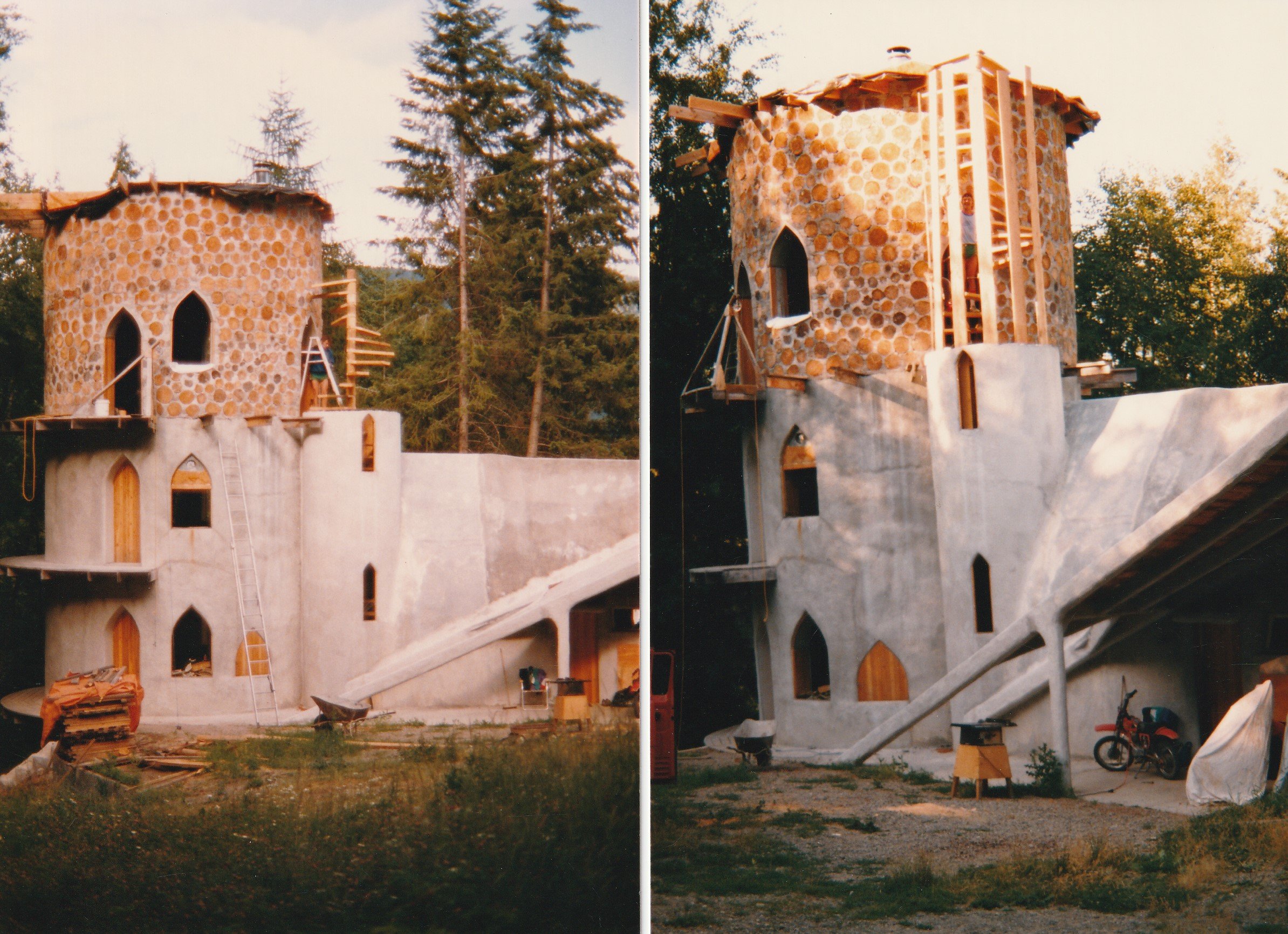 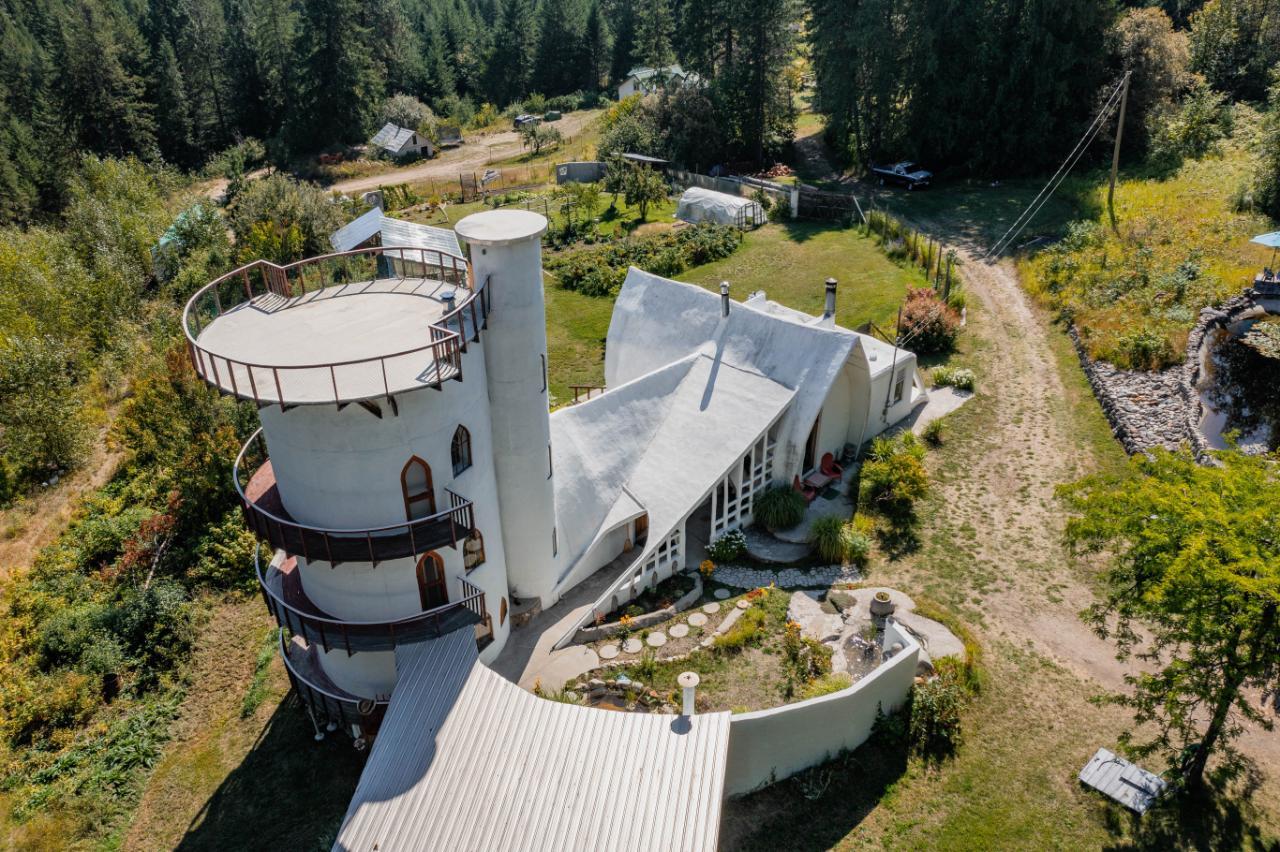 The home slowly took shape—in the form of a castle. They didn’t plan it out. “It just came out of us,” says Dawn. Carl Jung, whose theory of the collective unconscious Harmen cites as an explanation for their impulse, was an influence. The legendary psychiatrist once built his own castle-shaped home in Bollingen, Switzerland.

READ: This $3.8-million Ontario home was made from five reclaimed barns

When Harmen was growing up in Holland, he worked alongside his father, a master builder, who taught him his plastering techniques. To build the castle, the couple hand-mixed concrete in a wheelbarrow, layering it over wire mesh, insulation and paper barriers to create walls that are 18 inches thick in some places. The ultimate goal was longevity. “It can’t burn, it can’t rot and it can’t be eaten by insects,” says Harmen. “This is a house you could pass on to your great-great-great-grandchildren.” 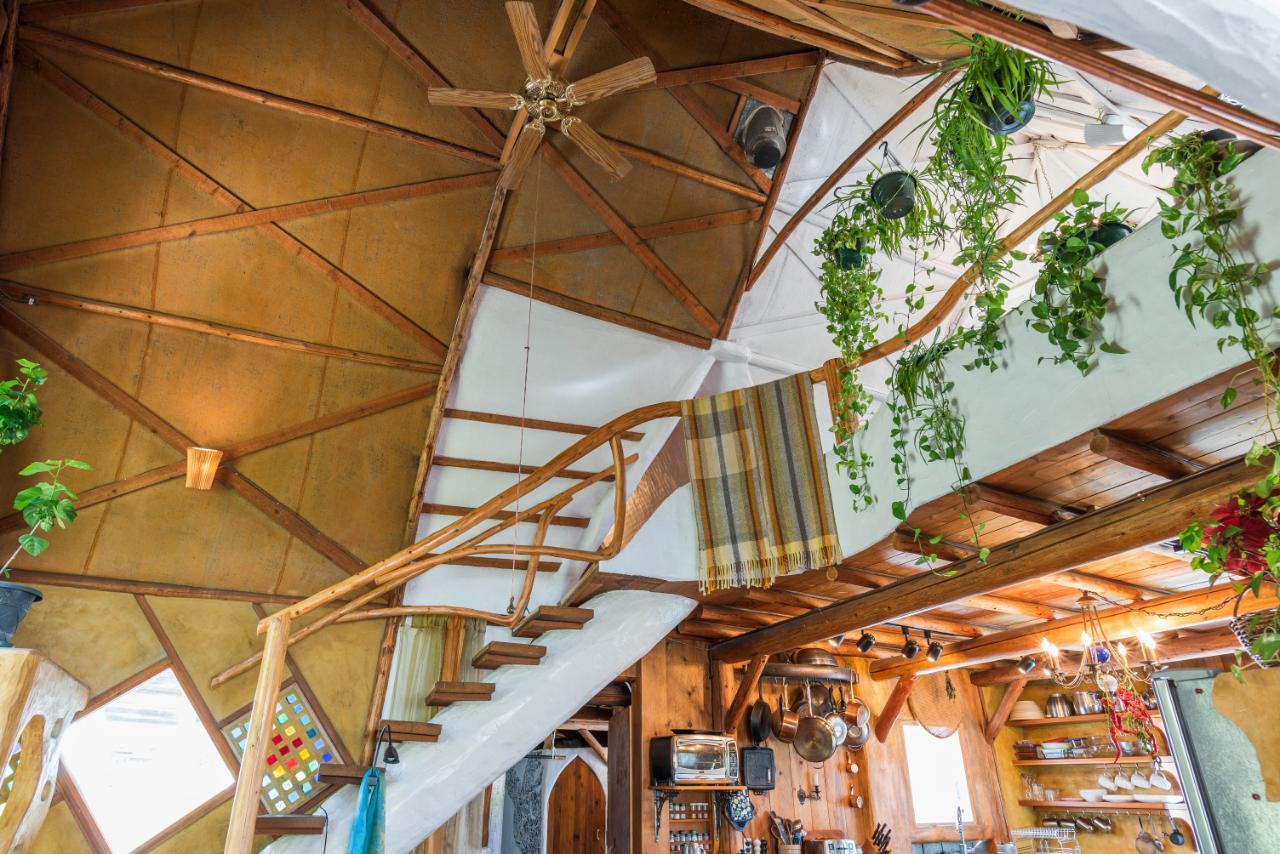 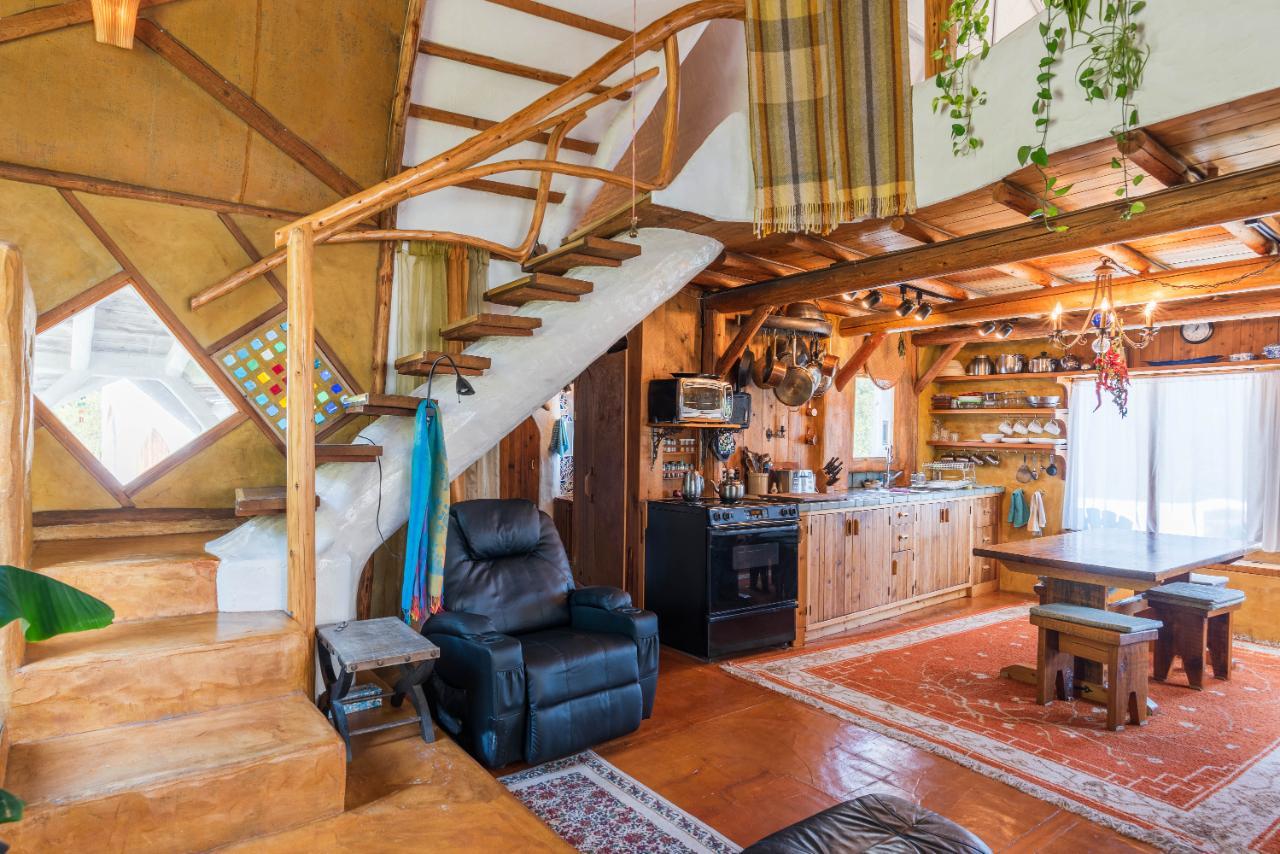 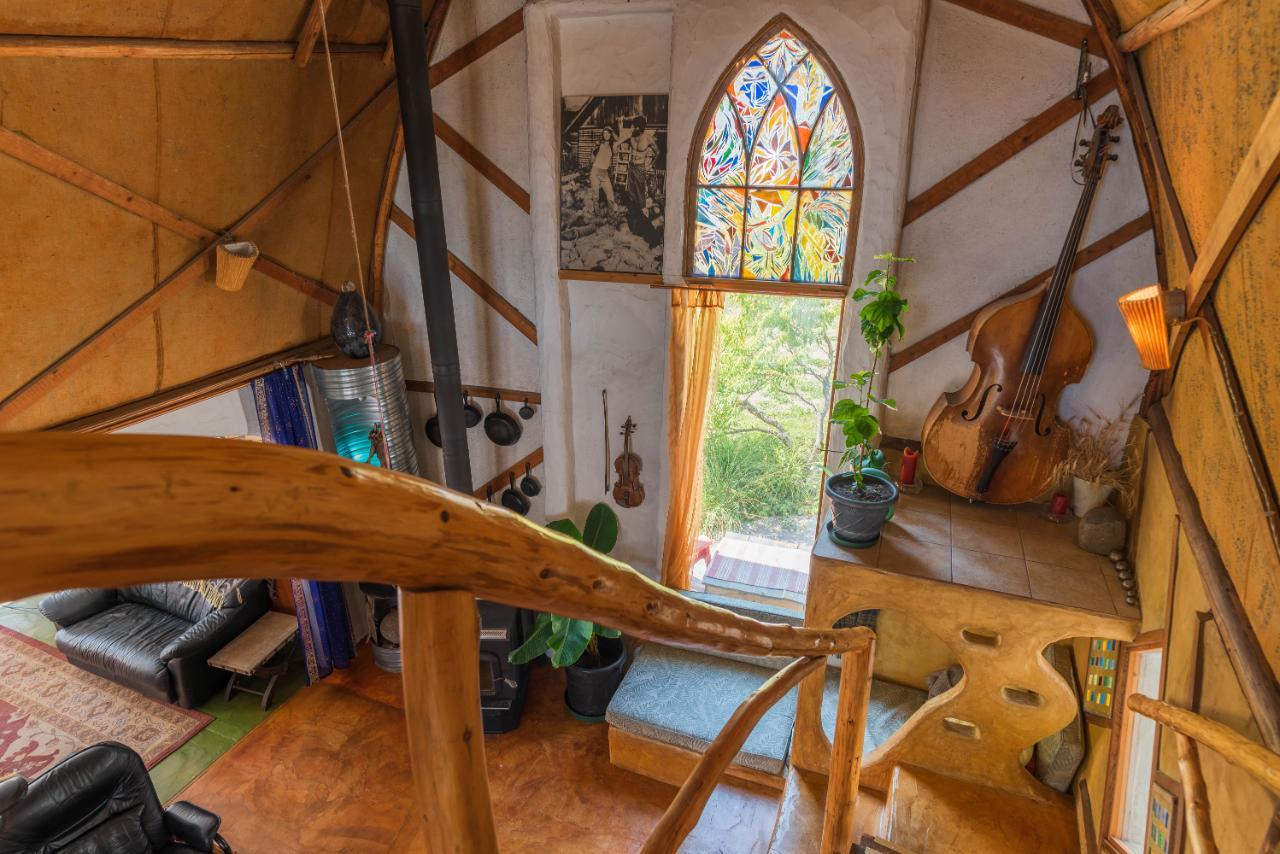 The house’s fluid, undulating shape was inspired by the architecture of Antoni Gaudí, as well as traditional building structures, like igloos. “My dad doesn’t believe that people were meant to live in boxes,” says the couple’s son, Eric van Hoogevest. 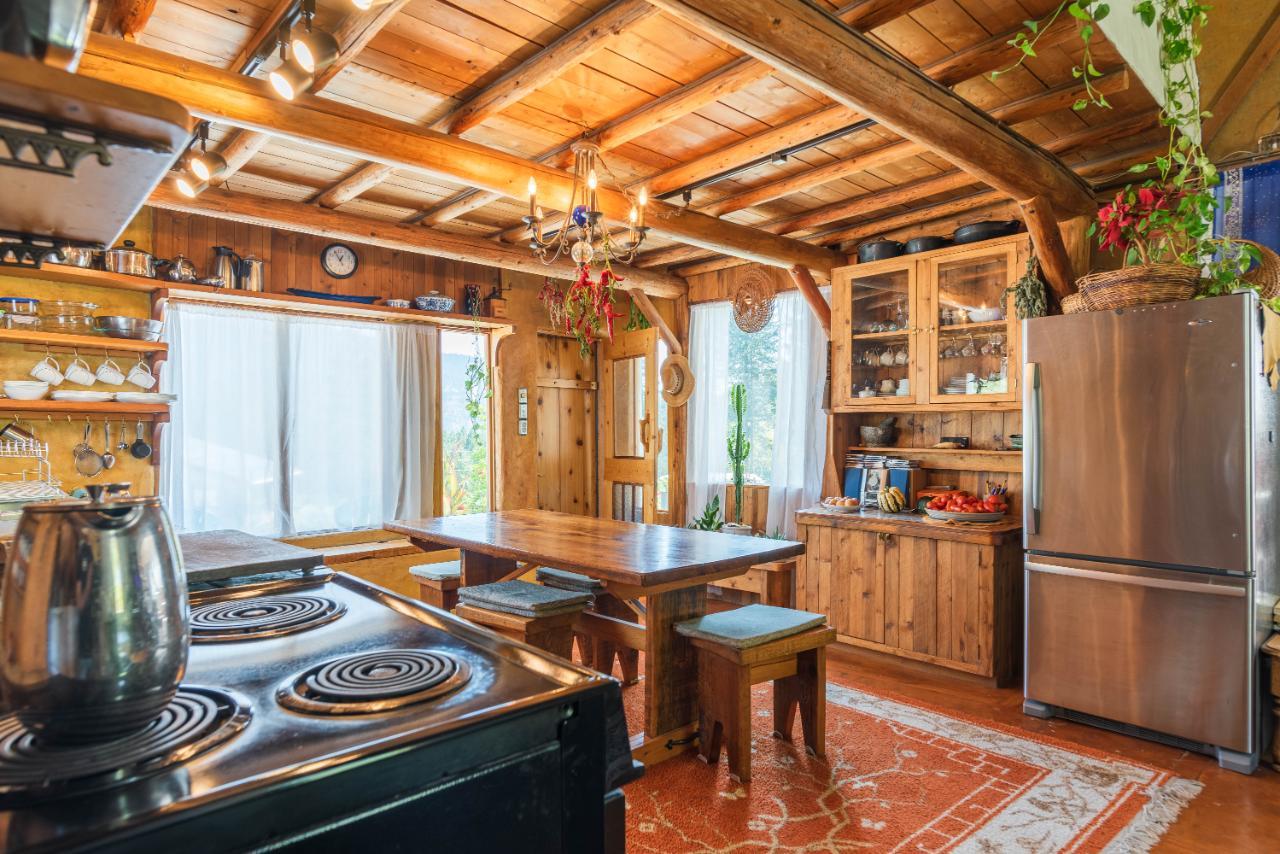 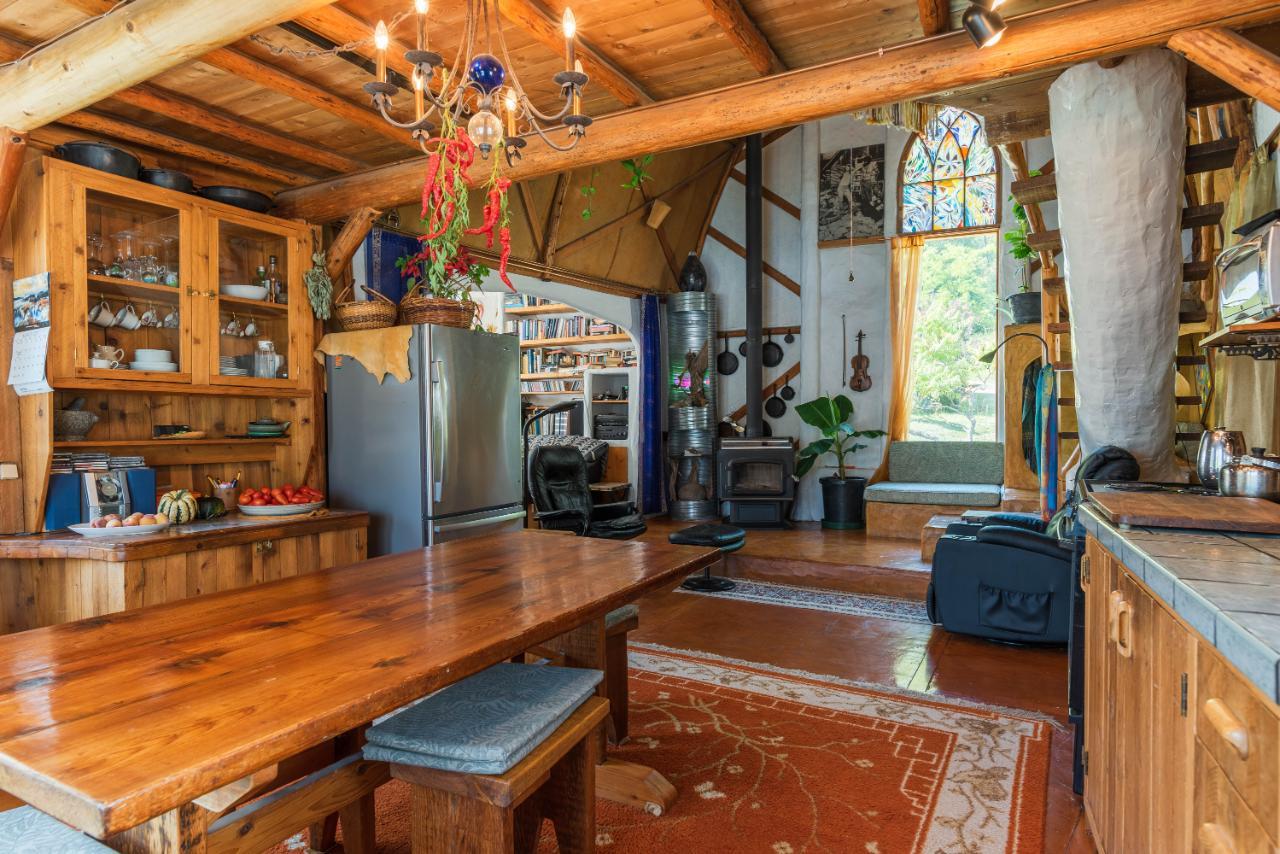 The main portion of the three-bedroom house is a gothic arch, which encompasses the kitchen and living room. The result is a warm living space that might just be the ultimate cottagecore fantasy come to life. In some places, the ceilings are 22 feet high to create a feeling of spaciousness; in the kitchen, they top out at eight feet. 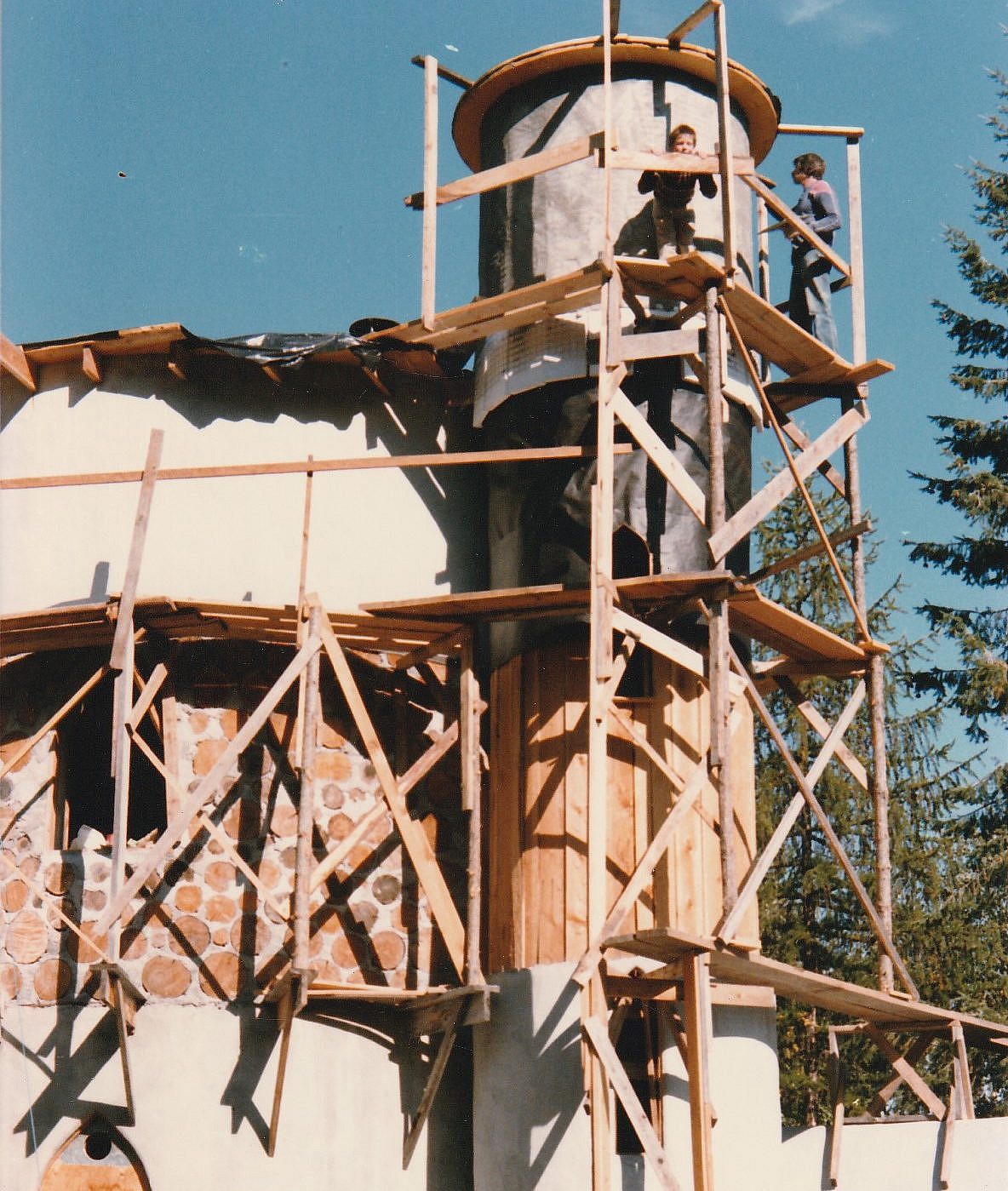 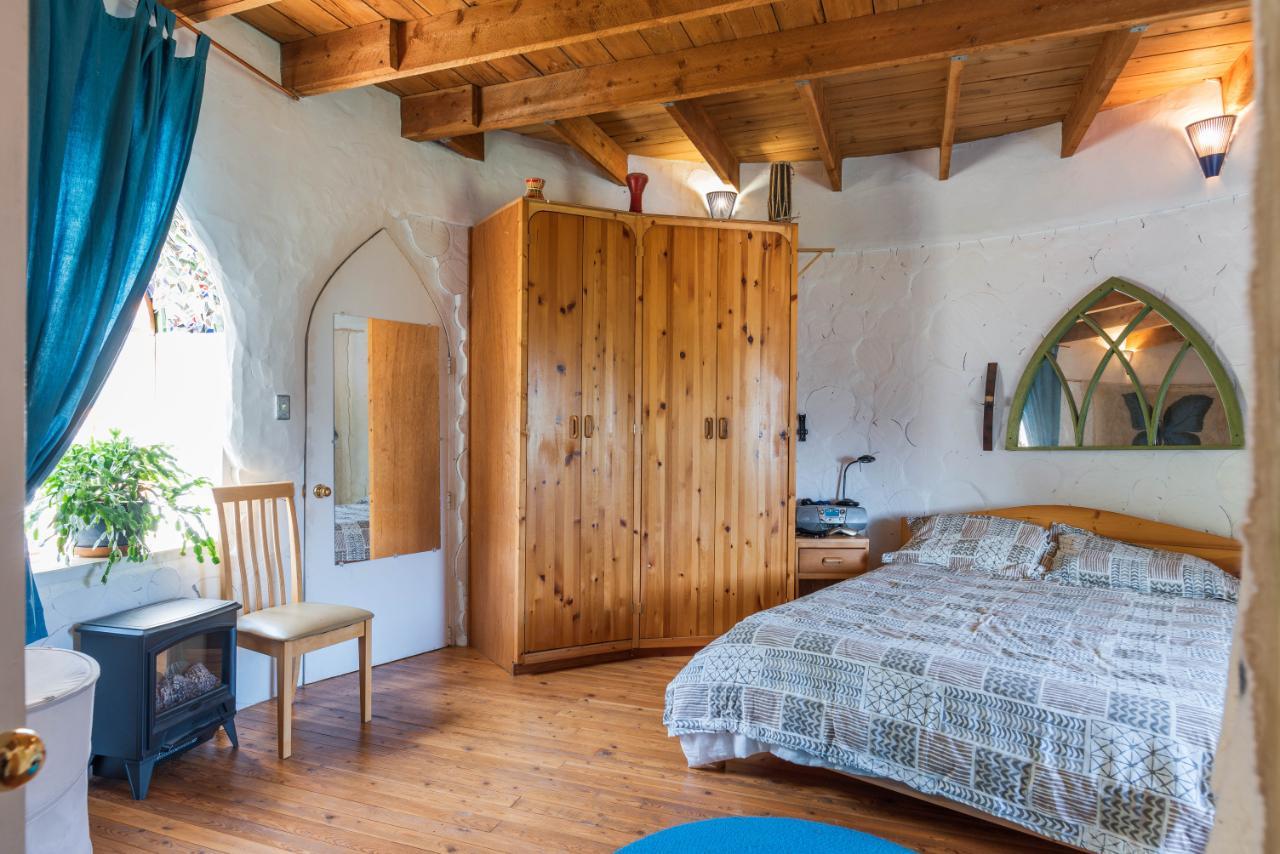 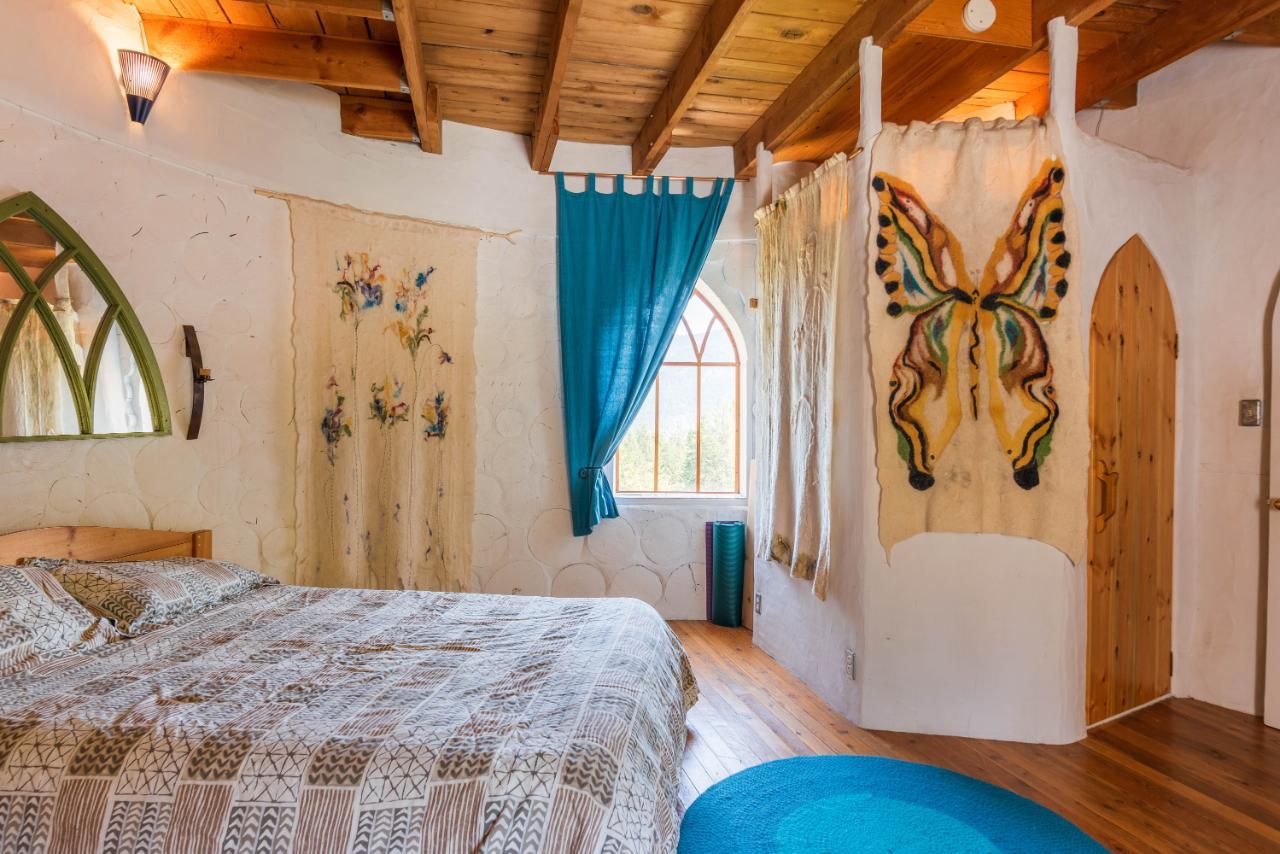 The couple started building the house’s turret in the late 1970s. It contains three bedrooms, each with their own ensuite. A hand-built spiral staircase stretches from the main floor all the way up to the lookout. “If there’s a forest fire, you could surely see it from there,” says Dawn. 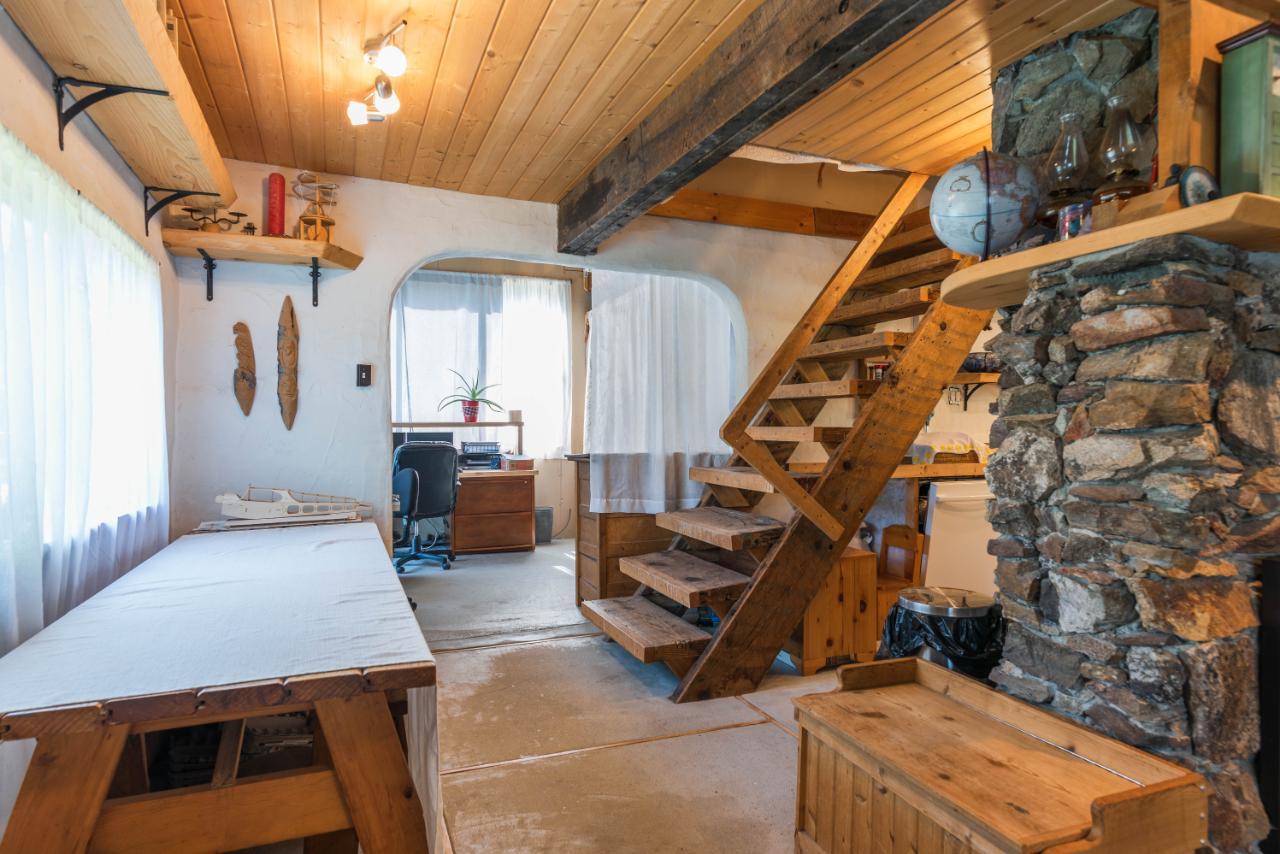 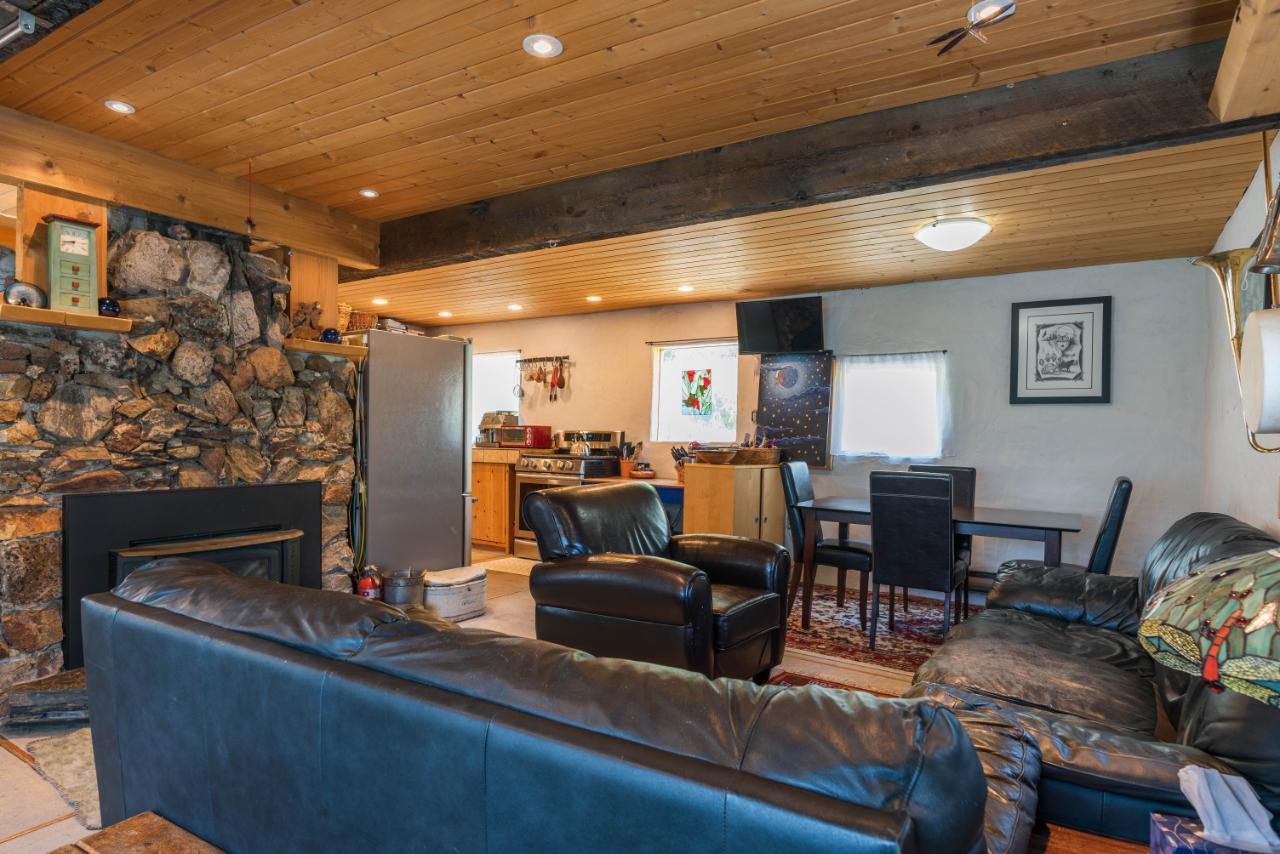 The entire house is heated by a wood-burning fireplace, but the couple recently installed a heat pump to provide extra heat in the winter and air conditioning in the summer. A 30,000-gallon underground cistern pipes water into the house from a nearby creek. 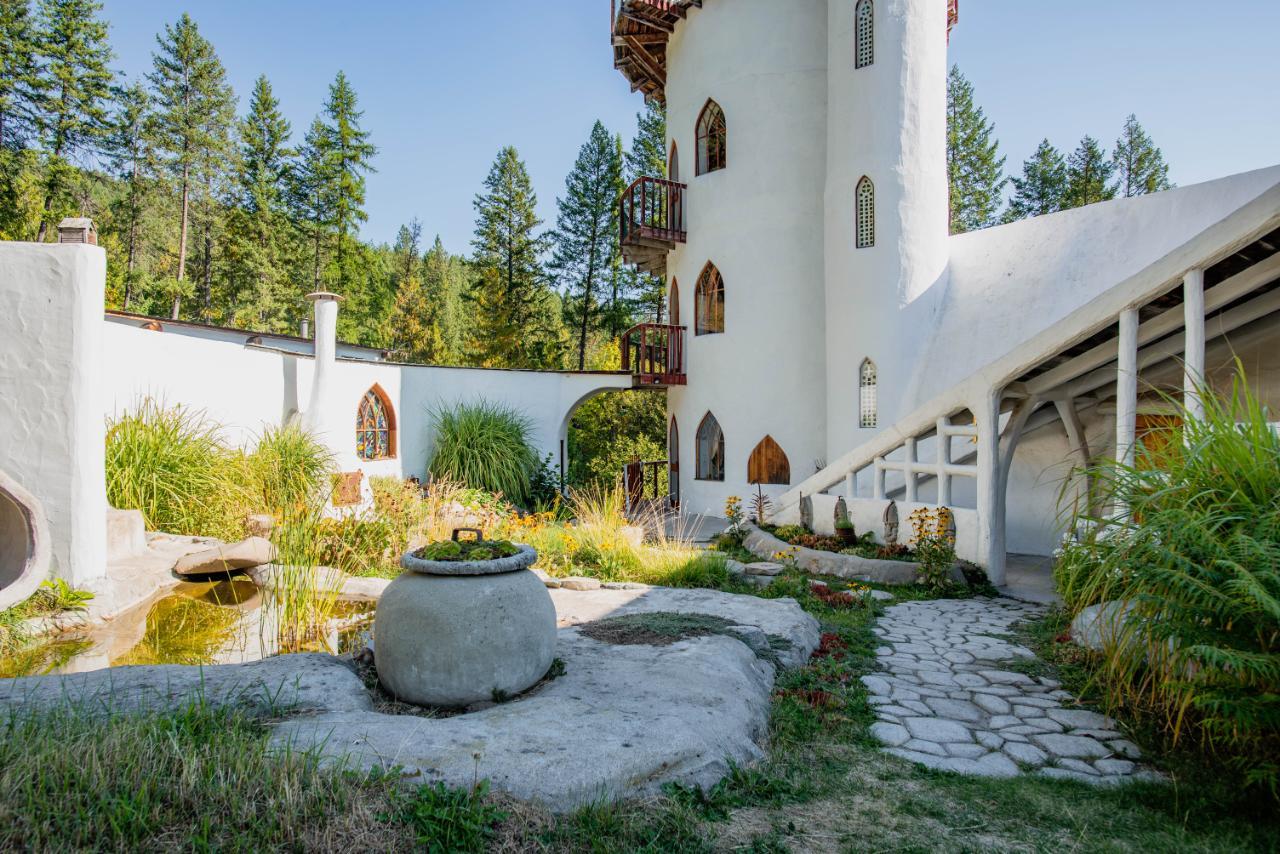 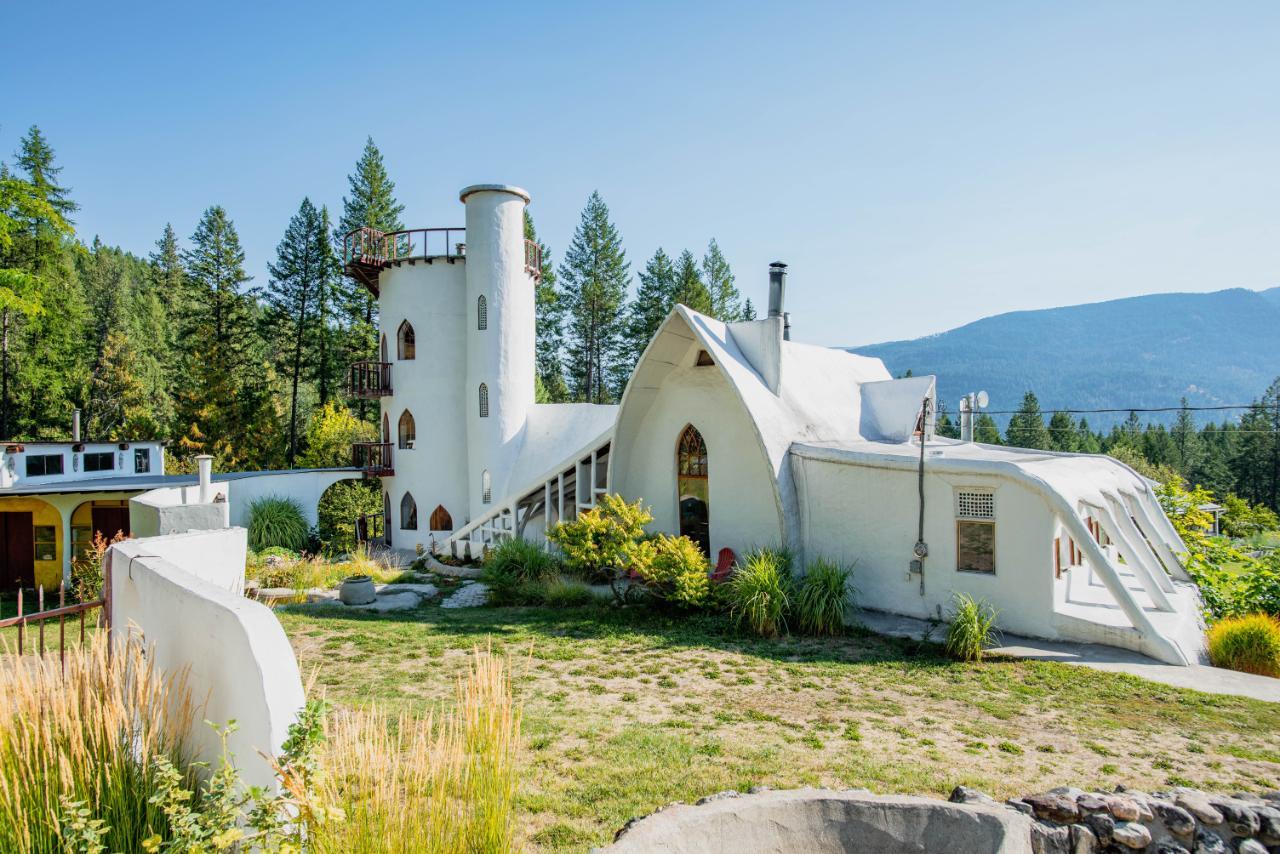 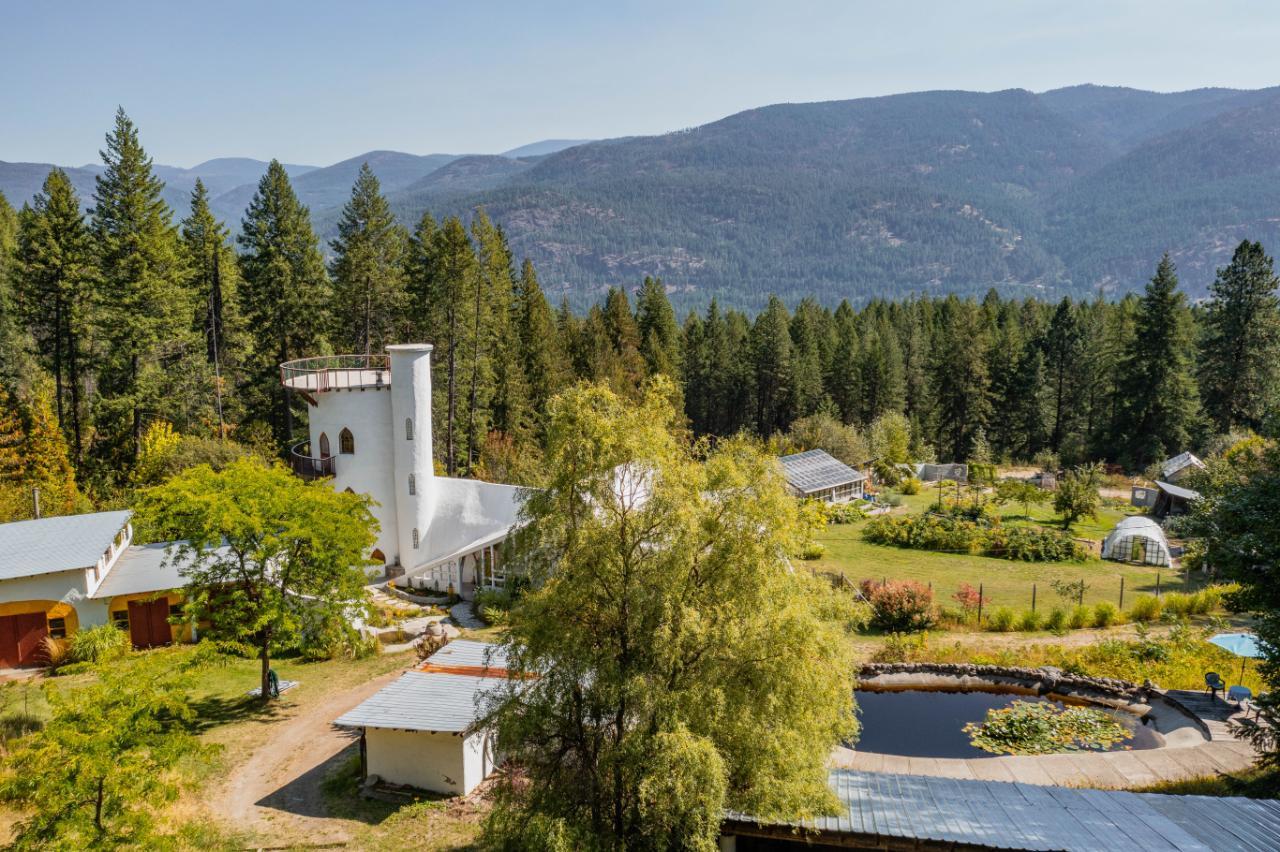 Adjacent to the main building is a “meditation pod”; a small dome built from concrete; a pool filled with lily pads (and a colony of turtles); and a studio where Dawn makes stained glass and sculptures, as well as a 1,450-square-foot workshop where Harmen practises cello and builds furniture. There’s also a greenhouse, fruit trees and plenty of garden space to grow vegetables.

MORE: How a B.C. couple turned a shipping container into their dream home

The van Hoogevests feel bittersweet about selling the castle, but neither have any regrets about the ending—a happy one. “This has been a wonderful life and I would do it all over again if I had to,” Harmen says. Plus, he adds, “It’s a really fun place to live.” 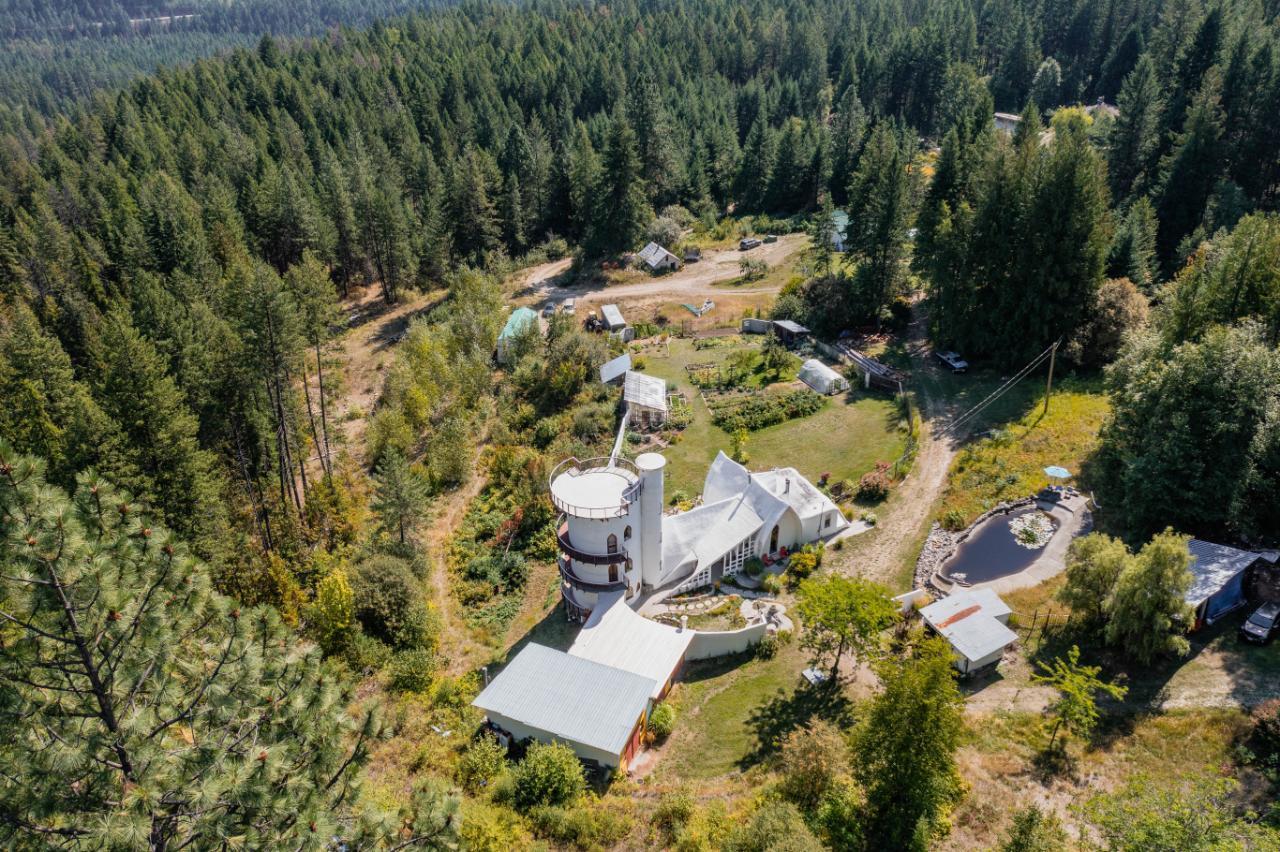 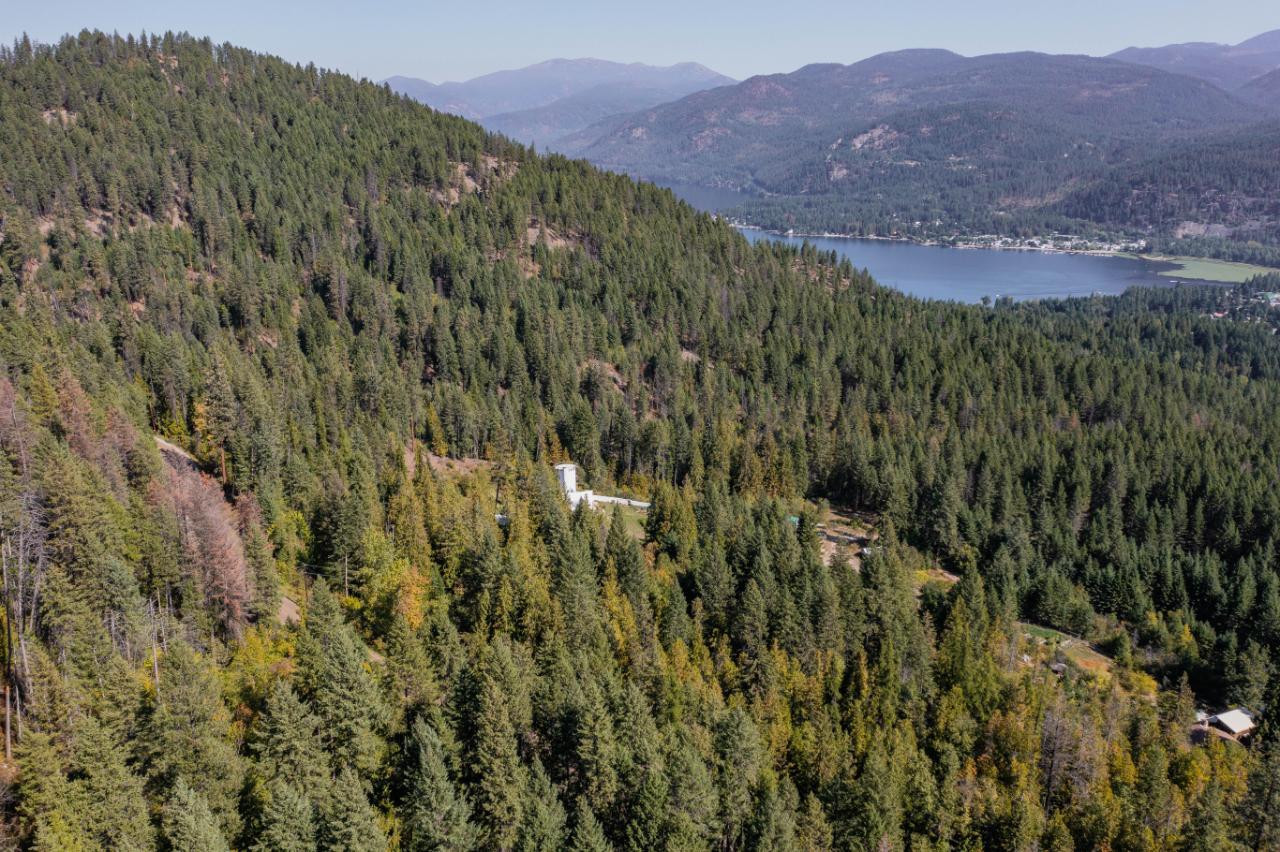