For what future, exactly, should we save oil revenue? 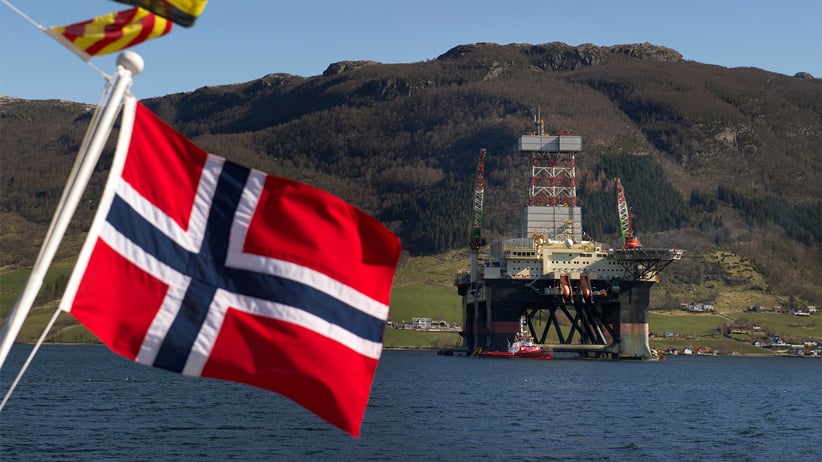 The University of Alberta resource economist (and Maclean’s contributor) Andrew Leach calls it “Norwailing.” It has been a suffocatingly hot trend in print and electronic media for a while now. “Norwailing” describes a type of envious glance cast by columnists and editors at the sovereign wealth fund that Norway has built through the near-total sequestering of its oil revenues. The fund’s estimated value, as I write, is $6.94 trillion Norwegian kroner, the equivalent of $1.1 trillion Canadian. The fund is said to own about one per cent of the world’s financial equity.

Every year, the fund contributes a fraction of its value to the Norwegian public treasury. That fraction is set so that it equals the long-term expected return on investment from the fund. In short, Norway tries not to touch the principal. The idea is that the income from selling a non-renewable resource should be set aside as a permanent endowment.

There is a great deal of Norwailing inside and outside Alberta, a sheikhdom that briefly adopted a policy of setting aside oil royalties in the 1970s but abandoned it without accruing much value. The Norwailing inside Alberta is a form of self-abasement undertaken mostly, as far as one can tell, for social-signalling purposes. When oil prices drop and disorder strikes the Alberta economy, as it has this fiscal year, Albertans make a pious show of regret over “wasting” the good times.

Eventually, they return to electing the same PC governments that wasted the money—on garbage like education, medicine, welfare and roads—and resume spending their own share on consumer purchases they will later denounce. Is it the alleged waste that is foolish, or the remorse?

The Norwailing from outside Alberta is more mysterious still. Why do any of these people care what Alberta does with oil revenues? Perhaps they regret that, once spent, Alberta’s oil money cannot be creatively “shared” in some way with Confederation. Perhaps they worry that Alberta will become a have-not under interprovincial equalization—although, through booms and busts, Alberta hasn’t been that for half a century.

Perhaps outsiders just regret that Alberta has not used oil wealth to make government free to citizens, so they can retire here in tax-exempt comfort. Norway, you’ll notice, is the indigenous home of a nationality. Norwegians, even those without children, perceive their oil fund as a sacrifice for their collective posterity. Alberta has awkwardly open borders and little national consciousness. As an Albertan, I cannot see the point of saving for some invader’s dotage.

What we Albertans are really regretting when we Norwail is that prior generations did not create a welfare program for us, at their expense. (The universities, hospitals and lines of business created with the oil money were supposed to be that, but they do not seem to count.) We stand in the same relationship to the selfish past that future generations do to us; we wish the saving had begun before we were born. That would have been convenient, assuming the money was not invested unwisely, squandered for political ends or just stolen.

Some of us are saintly enough to say that the saving should begin now. Future generations, you see, are better and more deserving than we. Future generations are always invoked in Norwailing. One cannot Norwail properly without summoning the image of a marching file of adorable hypothetical future-babies extending to infinity.

Let ’em shift for themselves. Judging from recent centuries, they are likely to be richer, healthier and more knowledgeable than us. They’ll be taller and have higher IQs. They’ll be raised better, cherished more closely, exposed to less violence, as you probably were in contrast to your own parents. They will be equipped with ever more sophisticated automata and yet will be more productive. And, yes, the planet may be warmer, but not, on any sane estimate, too warm to be incompatible with life or civilization.

So why should lottery winners born in 2050 have the benefit of the oil our agents extract now? Because it’s “running out”? That’s why the abortive Alberta Heritage Fund was founded—because the province’s conventional oil was expected, according to all informed advice, to run out in the early ’80s. For a non-renewable resource, oil has this odd habit of renewing.

Coal was once the essential fuel of modern industry and was something Alberta had a lot of, and dug frantically for. Far-sighted visionaries probably feared it would run out. Instead, our species found better alternatives for most applications. And now, no one ever complains of the inexcusable, irresponsible past failure to create an Alberta Coal Fund.