WASHINGTON, United States of America – A wrecking ball is coming for the labour market, analysts warn. One such example: an Oxford study that concludes 47 per cent of jobs risk being automated.

As computer-processing power doubles each year and machines learn from their mistakes, the upcoming federal budget will examine the potential of artificial intelligence to disrupt — industries, politics, and entire societies.

McKinsey researchers argue it’s not careers being wiped out — just individual tasks. They concluded nearly half of human tasks will be supplanted by machines within a 20-to-50-year range.

The report concludes 60 million U.S. jobs face some automation and predicts a change as drastic as the shift from an agriculture-based economy into the 20th century.

In the last shift, jobs moved to manufacturing. It’s not clear yet what employment might pick up the slack next time.

Here are examples from different fields:

A symphony composed by a computer was performed by London’s Symphony Orchestra. Programmers from Spain created software that composed a piece in just eight minutes. It might sound gratingly atonal to some ears; a BBC reviewer called it delightful. There’s also painting. With a bit of code and a 3D printer, computers can produce masterpieces. They can’t create their own style — yet. But they can imitate Van Gogh or Rembrandt’s style. They draw, too — a program called AARON has had pieces in museums around the world. They are amazing book editors: Wired magazine recently ran a piece about how algorithms can predict with 80 per cent accuracy whether a book will be a mega-bestseller, based on textual data like the age and sex of the protagonist; how many times the word “need,” appears; how few exclamation marks appear; and the ratio of dogs-versus-cats. Wired’s piece was titled “Algorithms Could Save Book Publishing, But Ruin Novels.”

Painters — the other kind

Artificial intelligence researcher, tech entrepreneur, and Stanford lecturer Jerry Kaplan says technology already exists to paint houses with drones. It’s like a snapshot of the overall labour challenge. Many painting jobs might disappear; but an individual entrepreneur could get rich dropping off robot-workers at multiple job sites. “The technologies required to do this are available now. It’s simply a matter of some resourceful entrepreneur making it happen,” Kaplan writes in his book “Humans Need Not Apply.” 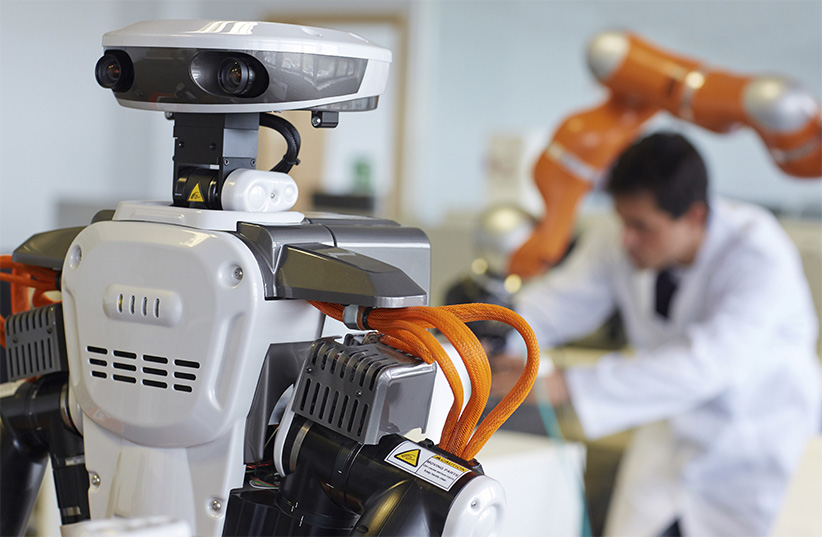 If you thought the collapse of steel and coal jobs was disruptive in the U.S. — look out. Truck drivers are far more common, with 3.5 million in the U.S. alone. Many of these jobs could disappear. Mining giant Rio Tinto has been testing self-driving trucks for years on its sites. It loves the results. The company says: “While human drivers require regular breaks, the (automated) trucks can run almost 24 hours a day, 365 days a year, stopping only for refuelling and maintenance. Since 2008, the autonomous fleet has outperformed the manned fleet by an average of 14 per cent, and reduced load and haul operating costs by up to 13 per cent.” A similar upheaval could occur in city transport — those same Uber drivers who disrupted taxi jobs face disruption themselves. Uber is among several companies testing driverless technology. It’s already lobbying policy-makers for favourable driverless regulations. A new report says its tests show humans frequently need to intervene, but such panic moments decreased from week to week. Researchers predict this technology will help: saving lives with fewer accidents; saving disposable income as people forego car purchases and hop into roving pods instead; saving urban space to convert parking spots to housing — and killing lots of jobs in the process.

Machines speed-read through fields of data to find patterns humans can’t detect. In his book, Kaplan refers to one data point as an example: how many phone-card sales there are around certain African farming villages, as an early indicator of crop production. That’s because more crops mean farmers call more buyers. In his book, “Rise of the Robots,” Martin Ford says that despite a years-long bull market, far fewer brokers worked on Wall Street in 2013 than 2000.

Many would celebrate the disappearance of this ancient profession. But the alternative might nonetheless strike them as creepy. Kaplan writes: “You’d think prostitution might be a job requiring a human touch. It may be illegal in most of the United States, but sex toys aren’t. And they are about to take an entirely new form.” Companies like TrueCompanion are developing interactive sex dolls, named Roxxxy and Rocky. The company founder worked in AI at Bell Labs. Its website promises: “Your sex robot will also be able to talk, listen, carry on a conversation, feel your touch and be your true friend.”

Remember that IBM machine that beat a Jeopardy champion? It’s now studying medicine. IBM says Watson can sift 200 million pages of data, analyse it, and offer a diagnosis within three seconds. Surgeons won’t be replaced any time soon. But the risks are greater for people reading X-rays, or gathering symptoms in a general checkup. IBM isn’t alone. The Mayo Clinic trained a network to diagnose an esophagal disease, found it accurate 99 per cent of the time and saved half the test subjects from having a needless surgery.

It employed about 80 per cent of the U.S. workforce in the mid-1800s, less than 40 per cent by the 1920s, about two per cent by 2000, and it’s inching closer to zero. Ford writes about projects where robots pick touch-sensitive fruits — like grapes in France, and strawberries in Japan. They use brute force in California to shake almonds off a tree instead of picking them.

It’s a perfect example of the phenomenon McKinsey described: Some storytelling forms might be easily automated, others not. If you write about sports scores or stock-market performance, machines can already read stats and churn out readable copy. Yet McKinsey’s study finds that on a scale of zero to one, journalism is among the least automatable professions at 0.11. Oxford also places it in a robot-free sphere. Some techies disagree. Wired magazine asked the co-founder of language-generation software Narrative Science what percentage of news would be written by computers in 15 years. His reply: “More than 90 per cent.”