The painful (and costly) lessons I learned from a cryptocurrency scandal

The death of QuadrigaCX's owner has left 115,000 investors without access to their funds. I'm one of them. 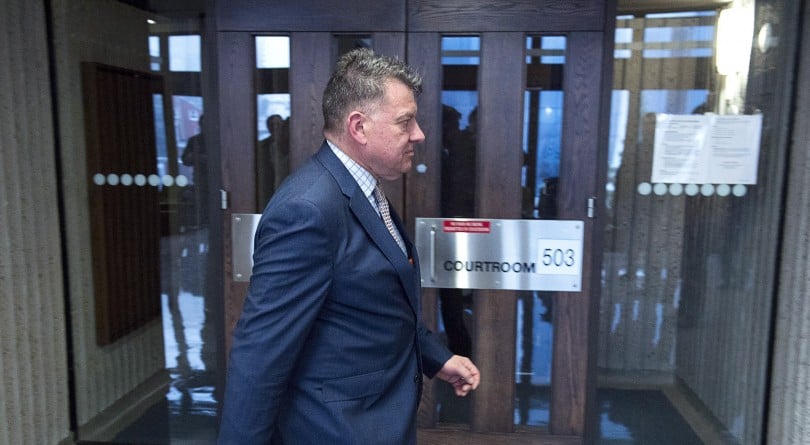 Was I catching a falling knife? I wasn’t sure when I made my first cryptocurrency purchases exactly 12 months ago. I did lose some sleep pondering the question. Sure, digital currencies had become ridiculously overvalued in the gluttonous market of December 2017. All major currencies—Bitcoin,  Ethereum, Litecoin and Ripple—reached all-time price highs that month, followed by sharp drops.  But I had waded cautiously into the murky crypto market a couple of months later. By February 2018, those crazy valuations had been slashed by about 50 per cent.

So was I taking a foolhardy risk or getting into the greatest investing instrument since ETFs at a reasonable price? A news headline this month finally made it clear—this investment was a dagger that left me bleeding thousands of dollars. It read: “QuadrigaCX owner’s death leaves virtual cash in limbo.” The story revealed the virtual exchange’s 30-year-old founder and CEO Gerald Cotten had died while doing philanthropic work in India in December, reportedly from complications from Crohn’s disease. The official story became even more bizarre as it was unpacked for investors, creditors and the media over the past week. Mr. Cotten’s widow claimed he was the only person with access to his laptop, which contained the digital keys for accessing $180 million in cryptocurrencies including bitcoin, and $70 million in cash belonging to investors. Now, my money—like that of 115,000 other investors—was gone like a jackrabbit on the summer wind.

Is there a lesson for investors here? Certainly, don’t touch cryptocurrencies with a 20-foot barge pole. My experience shows they are not to be trusted. That’s true whether or not an investor worked through the currently insolvent QuadrigaCX or with another exchange still open for business. Bitcoin, the poster child of cryptocurrencies, has been travelling on an express elevator to the basement for the past 14 months, dropping 375 per cent from a high of $22,363 in December 2017 to just $4,700 earlier this week.

In hindsight, the speculative frenzy that drove up the value of bitcoin by 1,600 per cent over the course of 2017 had all the makings of classic asset bubble. There were no business fundamentals to support the stratospheric valuations of most cryptocurrencies at the time, but they just kept rising. A big reason was that cryptocurrencies were supposed to be a disruptive technology like Facebook, Amazon, Netflix and Google. They were going to change the world and the rules of global banking and insurance. The blockchain technology on which cryptocurrencies were based was solid, it could be trusted, advocates argued. Bitcoin vending machines were popping up at coffee shops, on university campuses and at Money Marts. People started buying houses and cars with bitcoin. Amazing—at least for the people who paid with bitcoin, not so much for those who accepted it as payment.

Almost a year ago exactly I signed up with QuadrigaCX and started buying ethereum. I chose QuadrigaCX mainly because it was Canadian. I always feel more comfortable dealing with financial institutions that have a domestic address, just in case anything goes wrong. I also went with QuadrigaCX because Coinbase of San Francisco—North America’s biggest crypto exchange—was opening about 100,000 new accounts every day and its backlog of applications was huge. When I asked a cybersecurity expert friend of mine for his opinion of QuadrigaCX, he checked out the web site and told me it looked amateurish. It didn’t pass his sniff test, but to a non-expert like me, it looked as professional as Coinbase.

To start trading on QuadrigaCX, I had to jump through a few hoops. First the exchange wanted a selfie—me in close-up holding a driver’s license up to my face, like in a police mug shot. (An embarrassing pic I hope remains locked forever on Mr. Cotten’s laptop.)

There were a few different payment options, but I didn’t want to link my bank account to QuadrigaCX for security reasons, so I opted to make purchases in $500 increments using my debit card.The one I had was co-branded with VISA and would not work on the exchange. When I sent an e-mail to QuadrigaCX asking why, I did not receive a reply. As a result I had to visit my bank branch and ask for one of the old debit cards that were not co-branded. After some searching, an oldie-style card was found in the basement vault.

I chose ethereum over bitcoin for a few reasons. Firstly, ethereum had potential for more uses. Its source code allows for the creation of smart contracts which, for example, makes it possible for someone to insure their car or home using their social network. The network behaves like a financial institution, whereby the policyholder pays an annual premium to his friends in the form of ethereum, and if a claim is made, those same friends pay the face value of the policy. This is a classic example of disruption on a potentially massive scale (Imagine if your insurance payout depended on the solvency of QuadrigaCX).

I also liked ethereum because it’s a homegrown cryptocurrency created by Vitalik Buterin, a Russian-Canadian programmer educated at the University of Waterloo. And thirdly, bitcoin may be popular, but the server farms that support it, mostly in South Korea and China, consume as much energy as all of Ireland.

After acquiring my ethereum digital coins, I should have moved them off the QuadrigaCX exchange to a hardware wallet such as a Ledger Nano S. This USB-type device stores the private key to an investor’s account. In the event that an exchange like QuadrigaCX is hacked or tries to defraud its users, you don’t lose your assets.

Moving crypto coins to a hardware wallet for first timers is a little challenging. If, for example, you try to transfer ethereum to a bitcoin wallet by mistake you lose everything. Plus it’s easier to trade cryptocurrencies if they remain on an exchange rather than stored in private wallet.

And who could have predicted that QuadrigaCX’s crypto assets would be stored on a single laptop protected by a password known only to one living person? The truth will probably never be known, but the web is buzzing with conspiracy theories about how Mr. Cotten faked his own death in India. What is known for certain is court documents reveal that CIBC froze more than $25 million of QuadrigaCX’s assets after noticing irregularities in the exchange’s payment processes as early as January 2018.

And if the official story is accurate, what if that laptop with $180 million worth of cryptocurrencies had been lost or stolen? Destroyed in a fire? What if it had been infected by a malicious virus that made it unusable? The possible scenarios that would have rendered QuadrigaCX worthless overnight are too many to imagine. The carelessness and disrespect for investors is chilling.

There is no scenario under which the depositors in a large Canadian bank could lose their life savings if the CEO was run over by a bus. Traditional banking is a regulated industry whose officers cannot treat the assets of others as their own.

Mortgage-backed derivatives, largely responsible for the financial crisis of 2007, have been called weapons of mass destruction. Cryptocurrencies might well be called the land mines of investment portfolios.

If there is a mitigating factor to this unhappy lesson, it’s that even if QuadrigaCX was still in business today, my ethereum coins would be worth about $600, a small fraction of my original investment. The money I lost in the past 12 months would have paid for a nice scuba holiday in the Caribbean—and plenty of rum punches.