The unemployment rate is meaningless and we should scrap it

Our editorial: The statistic used to be a good proxy for the state of the economy, but those days are gone. It’s time to revise what we measure. 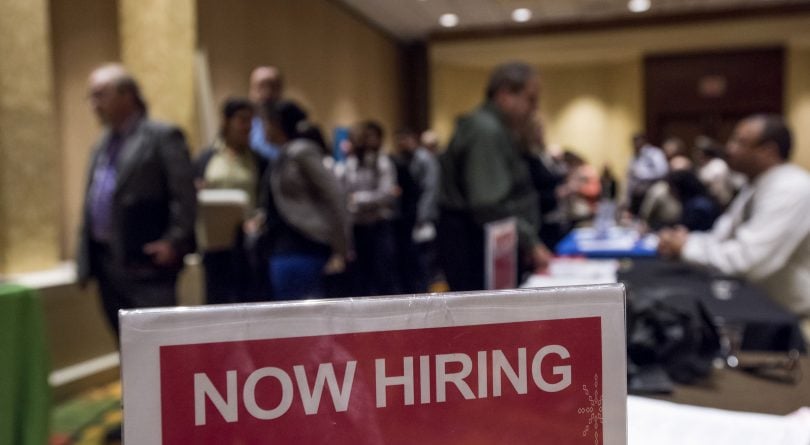 With good news always in short supply, it seems almost unsporting to cast doubt on the spectacular performance of one of Canada’s most familiar economic indicators. Nonetheless, it is time to retire the unemployment rate.

This past December, Canada’s unemployment rate hit an all-time low of 5.7 per cent—the lowest on record since Statistics Canada began its current data series in 1976. Since December it has barely budged, sitting at 5.8 per cent in April. Economic news of this sort is sweet ambrosia to any government; “real results of a plan that’s working,” tweeted federal Finance Minister Bill Morneau. But does anyone really believe Canada’s economy is in its best shape in more than four decades? Growth and productivity are lacklustre, personal and government debt are both worrisomely high and the fate of Canada’s trade-dependent economy hangs on the whims of a protectionist American president. We’ve all seen better days, whatever the unemployment rate claims.

For generations, Canadians have relied on the unemployment rate to tell them how their economy is doing. Today, however, a variety of demographic and economic factors have conspired to undermine its usefulness. To understand why, we need to look under the hood. The unemployment rate is calculated as the number of people out of work who are actively looking for a new job, divided by the total labour force. It thus depends on both the total number of jobs available as well as the motivation of those people who aren’t currently working. A falling unemployment rate might mean more people are finding jobs (which is good) or that more people have given up looking for a job and dropped out of the labour force altogether (which is bad).

For most of the past four decades, this flaw wasn’t too troubling, as the unemployment rate generally tracked overall economic performance. Since the Great Recession of 2008, however, things have gotten complicated. Many Canadian youths became discouraged and either went back to school or gave up trying to find a job. “If the youth participation rate were to return to pre-crisis levels, more than 100,000 additional young Canadians would have jobs,” Bank of Canada governor Stephen Poloz observed in a speech in March.

Meanwhile, many aging Baby Boomers decided to ease their way into retirement by working part-time or on contract. These two trends have pushed down labour market participation rates, and with it the unemployment rate.

To better align official stats with real-life economic experience, Philip Cross, former chief economic analyst at Statistics Canada, argues in a new report for the Macdonald-Laurier Institute that we should focus on the employment rate for prime-aged adults (aged 25-54) rather than worry about the vagaries of an unemployment rate that can be inﬂuenced by purely demographic factors. “Prime-aged workers have the most stable attachment to the labour market,” Cross notes in an interview.

The burdens of raising a family, paying a mortgage and maintaining a household means they don’t have the luxury of going back to school or dabbling in semi-retirement. “If these people lose their jobs, it is because something real and important has happened to the economy,” he says. “And they can’t afford to get discouraged.”

This inability to escape the realities of life means prime-aged workers offer the truest picture of how an economy is actually doing; current figures suggest things are good, if not historically spectacular, with employment among prime-age males still lagging pre-recession rates. Plus, given that adults in their best earnings years are already the ones raising children, paying taxes, buying homes and doing all those other things that drive an economy, it probably makes sense to aim our most important economic indicators at them as well.